Possible move from 'safe' seat to battle with the Lib Dems 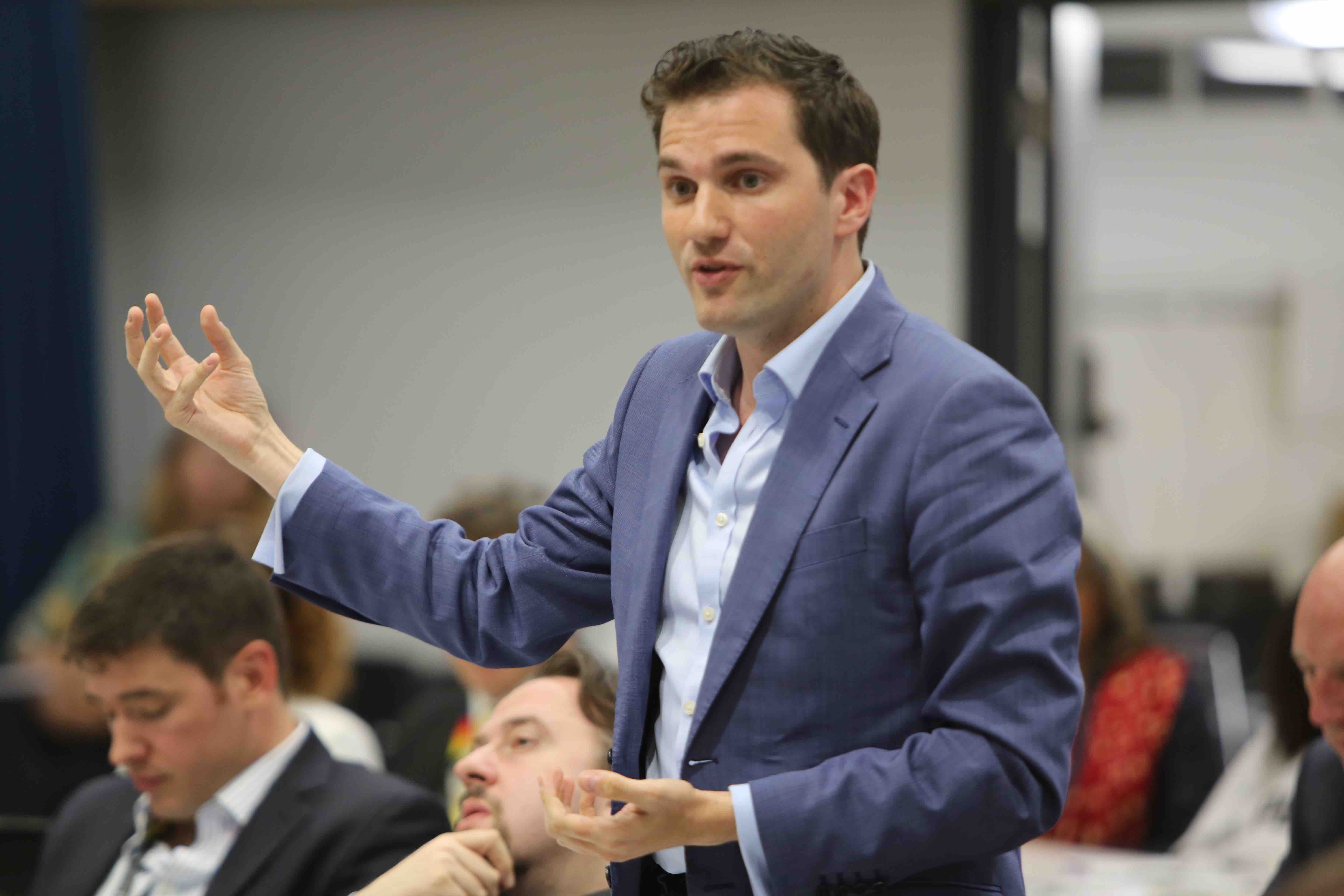 Oliver Cooper, the leader of the Conservatives at the Town Hall

THE leader of the Conservative opposition in Camden is set to make a tactical move ahead of the boroughwide council elections and switch wards – setting up the prospect of a ding-dong battle with the Lib Dems in Belsize Park.

Councillor Oliver Cooper has represented Hampstead Town since 2015 – one of the party’s strongest wards.

But when Camden goes to the polls next May to decide who runs the council, he has applied to stand as a candidate in Belsize instead.

It is currently split between two Liberal Democrats –including their own group leader Luisa Porritt – and one Tory, but the Conservatives are confident that alterations to the boundaries will work in their favour.

The Conservatives were reduced to just seven councillors at the last Town Hall elections, after shipping three seats in Swiss Cottage to Labour. Cllr Cooper took over as group leader shortly after those results.

In his application to stand in Belsize – seen by the New Journal – Cllr Cooper said the switch was about “leading from the front”.

He added that he had helped lead the campaign against the Haverstock Hill cycle lanes and had worked to “regenerate Belsize Village: from launching the streatery to cleaning up rubbish locally”.

Cllr Cooper said in his application: “I have led the campaign to restore weekly bin collections. Out-of-touch Labour and Lib Dems deride us for being single-minded on this issue – but residents nearly unanimously applaud us for it.”

He said he was ready to work with Belsize’s sole Tory, Steve Adams, to take all three seats.

“That isn’t the easy option, but leadership does not mean cowering, as Belsize’s Lib Dem councillors do – it means leading,” he said. “As Belsize’s representative, I would lead from the front.”

Labour also hoped to pick up seats in Belsize back in 2018 but were crowded out in a contest between the Conservatives and the Lib Dems.