Who’s been making the news round your way? 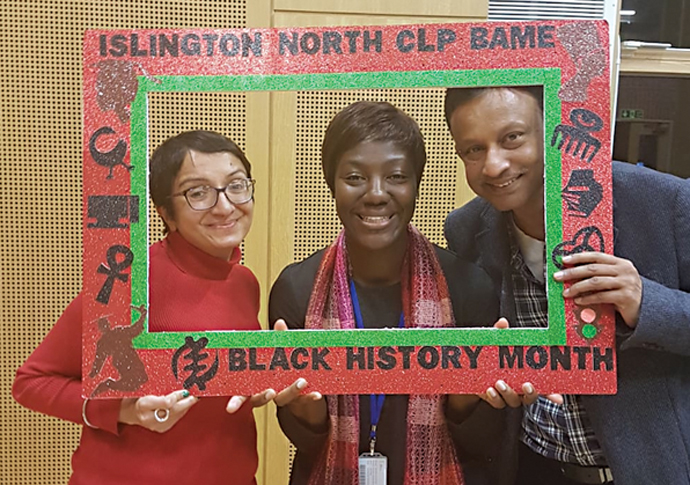 A CELEBRATION of Black History Month was held for Islington North Labour Party members last month who enjoyed music, food, and talks by local leaders. Speakers included London Assembly Member Jennette Arnold OBE and Patrick Vernon OBE, who was prominent in the campaign against the Windrush scandal. It was organised by Valerie Bossman-Quarshie, Islington Labour BAMER (Black, Asian, Minority Ethnic and Refugee) officer. She said: “It was amazing. It was great to hear local people talking about what they do and how they are helping others. It was really well attended – I am proud that we had people from all over Islington but also people outside of the borough.” 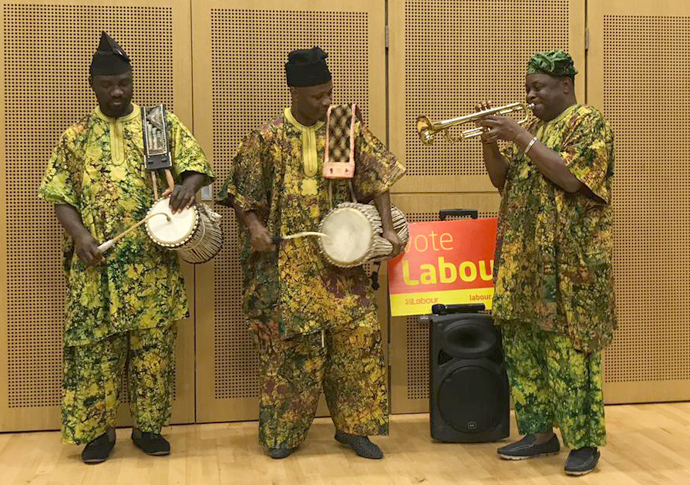 Members enjoyed food from the Caribbean restaurant Lulu, in Stroud Green Road, and drumming by the Ayan de First musicians (above). Valerie added: “It was great to see the community coming together not just to celebrate Black History Month, but to highlight political issues.”

Women winning the vote – a message for all

Workshops at the Middle Eastern Women and Society Organisation (MEWSo) are taking place next month, celebrating the centenary of women’s suffrage. A short film will be shown and afterwards women will be able to make sashes in the Suffragette style, bearing their own personal slogans. Kate Oboussier, development and fundraising manager at MEWSo, said: “We want women to be aware that this is the centenary for votes for women. Many women that access our services come from countries which don’t have rights or votes for women. We want women to take inspiration from the struggles 100 years ago and push forward for change.” The workshop will take place on December 8, from 11am to 3pm, at 86 Durham Road, N7 7DT. MEWSo offers advice and support to refugee women from the Middle East and North Africa. For more information contact office@mewso.org or phone 07958 145666. 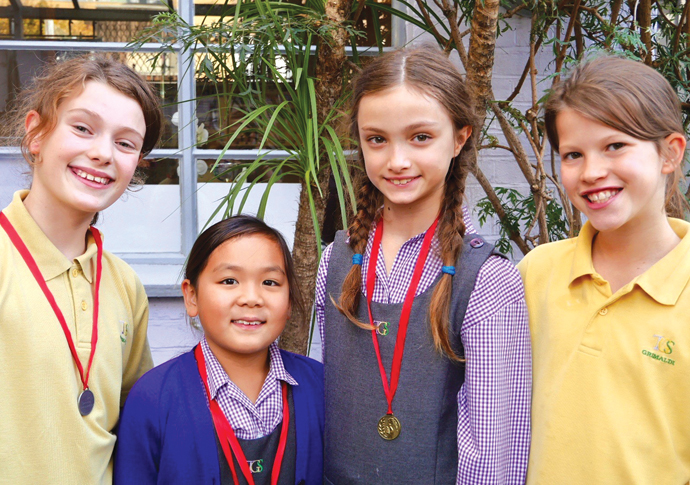 Four primary schoolgirls from Angel are hoping to make a splash next month in a national swimming competition at the Olympic pool in east London. Pupils from The Gower School, Angel, took part in the Independent Schools Association London North regional Swimming Gala last month. Seren Millar, age 10, won a silver medal; Isabella Chan, age 8, and Lucie-Joye Matras, age 8, struck gold; and Hermione Holloway, age 9, was fourth in the freestyle race. Jonathon Barradell, games and PE co-ordinator at The Gower School, said: “There were some nervous little faces amongst the squad, and with high standards from the other 15 schools competing you could understand why. The high level of swimming gave our students the opportunity to really test themselves against this high calibre of opponents. With such talented swimmers we managed to win lots of medals which I think is a fantastic achievement. Well done to every one of our talented children.” The Independent Schools Association National Swimming Gala will take place at London Aquatics Centre, Queen Elizabeth Olympic Park, on Saturday December 1.

Donate a coat and get winter covered

Wrap Up Warm London is urging people to donate unwanted coats to keep the homeless warm this winter. Donations can be made at Safestore at 79-89 Pentonville Road, Clerkenwell, N1 9LG; and from 7am-11am at King’s Cross Station until November 23. Details about collection points at https://wrapuplondon.org.uk/
For more information, visit: www.safestore.co.uk/blog/2018/10/donate-a-coat-and-warm-a-heart-this-winter/