Coming down the tracks at HS2 site: office towers and expensive homes 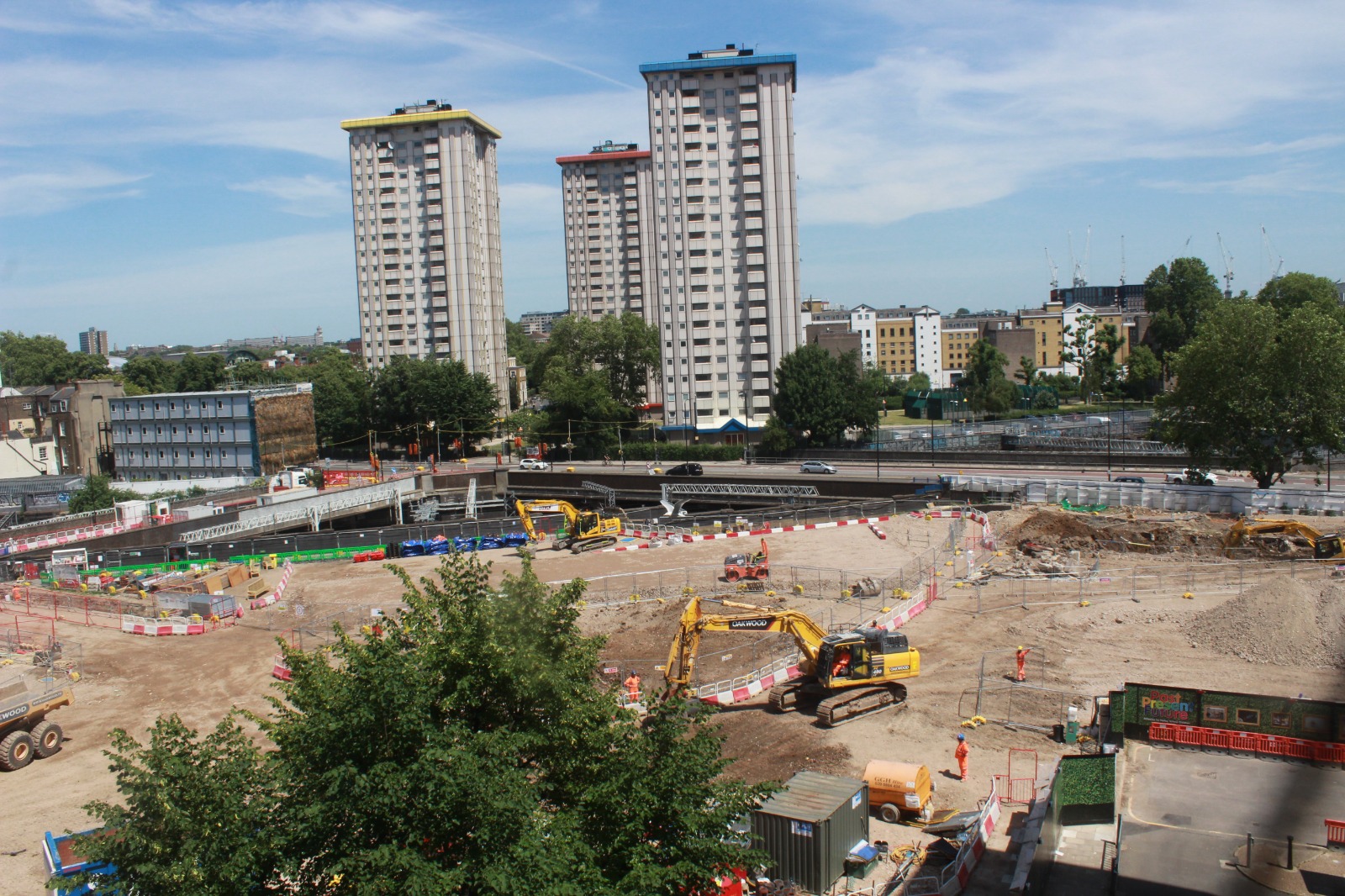 SKYSCRAPER offices and private housing blocks are expected to dominate the skyline of Euston after HS2 bosses were given the green light to ramp up a multibillion-pound redevelopment around the station.

While the High Speed 2 (HS2) railway has triggered protests up and down its proposed route from London to Birmingham – including the dramatic scenes in Euston Square Gardens – plans for what will go on the land seized to make way for it are being quietly drawn up.

And it has now emerged that the Department for Transport (DfT) has instructed HS2 Ltd – the government-owned company in charge of the £106billion railway – to work up fresh designs for “increased over-site development” to ensure “best investment value”.

The move to further exploit the financial potential of the site was buried in minutes of a Transport for London (TfL) board meeting last week. It follows a review of the entire project led by Doug Oakervee, a former chairman of HS2 Ltd, and could see the space actually used as a station cut back and the number of platforms reduced by one.

The TfL minutes said: “The DfT has recently instructed HS2 to proceed with further design development for a solution based around 10 HS2 platforms, a single-stage build and increased over-site development. We are working alongside other key stakeholders, including HS2 Ltd, Network Rail, London Borough of Camden and Lendlease to assess the proposals and refine early scheme designs.”

Launched by Prime Minister Boris Johnson, the Oakervee review concluded that Euston station should be “de-scoped” in a bid to stem costs.

It did not recommend that the Euston section of the line be axed in favour of terminating at Old Oak Common in west London – an option championed by campaigners in Camden, which is one of the worst affected areas in the country.

Critics of HS2 have long suspected that the line is being brought to Euston, at an overall cost to the project of £8billlion, because of potential to redevelop above and around the station.

Huge swathes of land around Euston have already been levelled over the past four years in anticipation of a development in the style of the neighbouring King’s Cross railway lands, where a host of multinational companies have moved in. That overhaul has won plaudits from town planning and architecture enthusiasts, but also criticism for the missed opportunity to use a large brownfield site to do more to ease the capital’s glaring housing crisis.

Around Euston, hundreds of homes have already been demolished and businesses – including the popular Bree Louise pub – shut down and compulsory purchased since 2017. The original Maria Fidelis secondary school has been decanted and the National Temperance Hospital was bought and knocked down. Tens of thousands of human remains have been exhumed from St James Gardens, one of several public greens that have been lost to the project. And entire streets have been razed, while trees continue to be felled.

There is no blueprint, however, to examine in the public domain what will be created on the site once Euston has finally been rebuilt. George Osborne, when he was still the Tory Chancellor, announced on the front page of the Evening Standard in 2014 a “really big development at Euston” was sought.

The project’s master-planner, Lendlease, has already signed a contract that gives it first right of refusal to develop the £6billion-valued site.

Lord Tony Berkeley, a chartered engineer, quit his role as deputy chairman of the Oakervee review panel after a few weeks, warning that a whitewash was likely.

This week, the Labour peer, who lives in Bloomsbury, said: “Does Euston really need ‘increased over-site development’? Is demand for flashy new offices in London not going to plummet with more remote working, particularly among office workers?”

He added: “Why is HS2 still in charge? The Prime Minister said in the Commons on February 11 2020 ‘HS2 Ltd will lose responsibility for redeveloping Euston station, which will be undertaken as a separate project, meaning high-speed trains are likely to terminate at Old Oak Common in London for some years.

Now that Crossrail 2 has effectively been abandoned, and HS2’s business case insisted that Crossrail 2 was essential to distributing the HS2 passengers at Euston, why send HS2 to Euston at all?”

Cabinet Cllr Danny Beales said: “We’ve been clear that piecemeal plans for different parts of the station is not good enough. There must be a comprehensive joined-up redevelopment of the whole of Euston Station to maximise the benefits to our communities, enabling oversite development of homes, the creation of jobs and new accessible east-west routes linking communities around the station.

“The Oakervee Review agreed with Camden’s view and the potential to create a single plan for Euston and the need to simplify construction phasing. We welcome work on a design that allows for a single-phase development, provided that it is designed to respond to the Euston Area Plan objectives and minimises construction impact on our communities.”

A DfT statement said: “A smaller HS2 station at Euston would not prevent the future operation of services. “The current focus of work is developing an optimised design and delivery strategy, which considers opportunities and efficiencies to address identified cost pressures.

“This includes exploring the potential for the station to be constructed in a single stage, helping reduce costs and risks. This work will inform the final design.”