Comeback kid’s hat-trick lights up end of an era 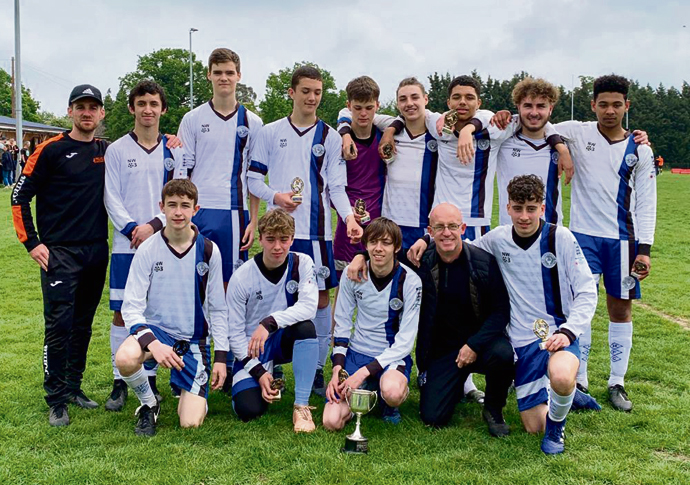 A GROUP of footballers got their fairytale farewell on Sunday when their last ever match together ended in glory.

Hampstead FC’s Under-16s put on a five-goal super-show against Whetstone Wanderers to win the Watford Friendly League Challenge Cup. The celebrations after the 5-1 victory were made even more poignant by the news that it was the last time the boys, who has been together since they were Under-6s, will play in the same team.

And as if the occasion needed any more magic, Hampstead’s hat-trick hero in the final was a star striker who once feared that he might never be able to play the game again.

Cameron Hannah, who lives in Regent’s Park, spent almost a year on the sidelines following a freak accident while playing football at school. The 16-year-old is no stranger to picking up injuries, with a list of broken and fractured bones that even includes twice breaking metatarsals in his foot. But in September 2016 the Acland Burghley pupil was left in a full leg cast after suffering a tibial tuberosity avulsion fracture – an injury just below the knee which prevented him from even being able to bend his leg.

Cameron made a full recovery thanks to the support of his “football family”. 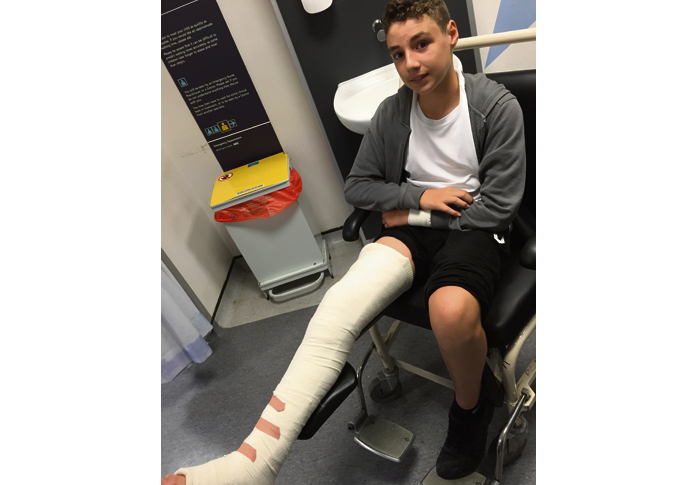 Cameron Hannah after the striker was injured in September 2016

“I’m happy to score a hat-trick to help secure our final win and win the trophy for our coaches, as they have made us the players we are today,” he said. “After my leg break I found it hard to keep positive, knowing I had no control over my injury.

“My coaches and my team-mates kept my head up and helped me back to a full recovery. Hampstead are more than a club to me, it’s my family.”

Cameron was joined on the score-sheet against Wanderers by Eliyar Parsadoust and Fabien Graham, as Hampstead secured their fifth trophy in the Watford League in six seasons.

Manager Gary Stephens, who runs the team on matchdays with Roy Cochrane, said: “This is a great bunch of lads who deserve all the success they’ve earned over the years. The parents also play their part in supporting the team and helping out getting to matches and cheering them on.

“Stephen O’Brennan also deserves so much credit, it’s his team really. He has coached them from day one, but doesn’t really enjoy the managing side of things, so on matchdays he leaves it to me. But it’s him who has taught the boys how to play the game the right way – on the floor, nice, passing football.

“It’s never been about winning, just about getting the team to play entertaining football.”

Reflecting on the final, Gary added: “So many players deserve a mention. Our midfield of Danny Cochrane, Jonelle Hall and Dion Sfarca run the game, I wouldn’t be able to split them – they were all men-of-the-match. Thankfully Cameron scored a hat-trick and made my job easy by taking the plaudits. After all of the injuries that he’s had it was fantastic to see him star in the final.”