Colourful date at the Stroke Club! 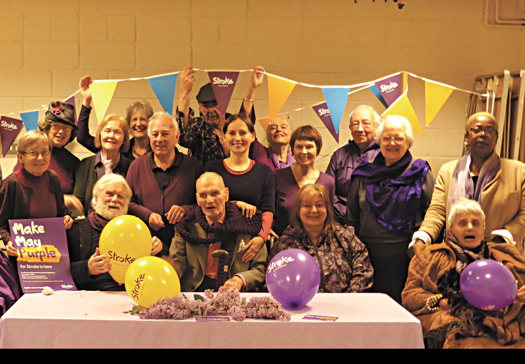 Members of South Islington Stroke Club wore purple at their Annual General Meeting as part of a nationwide awareness campaign organised by the Stroke Association earlier this month. The volunteer-run club, which has been running for more than 30 years, sees stroke victims and their families take part in a wide variety of activities including outings to pubs and and singing sessions.

The focus is on creating a social life for stroke victims and rehabilitating their social skills. The club’s secretary, Sally Turner, said they were in need of more volunteers to keep the weekly sessions running. “I think it’s been an amazing life enhancer for lots and lots of people, our membership tends to be elderly, these people have been coming many many years, its their high spot of their week,” she said. “We’ve got a member at the moment who stands by the window and waits for the day he comes to the club. When we broke up for summer, he wrote a heart on the date we were coming back.”

Ms Turner first became aware of the club in 1991 when her mother suffered a stroke and was told about it by a neighbour. The club meets every Thursday at Mary’s Community Centre in Upper Street from 12-2pm. To find out how to volunteer or join visit: www.southislingtonstrokeclub.org.uk/

Running into the voluntary sector 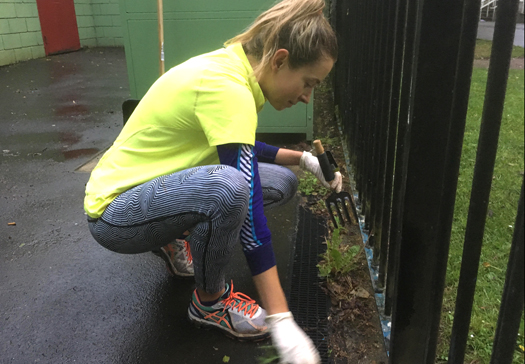 Elaine Loomes digs in at Whittington Park, as a volunteer with the GoodGym Islington group

An 18-strong team of volunteers ran through heavy rain from Highbury pool to Whittington Park to do some weeding on Monday evening in what was the group’s 4,000th good deed. The running and volunteer group, GoodGym Islington, completes regular tasks around the borough after a running session usually led by a coach. They were met by the park’s caretaker, Gary Watson, who provided them with gardening tools and directed them to parts of the park which needed tending. “We have a lot of children playing in the area so it’s great for them to keep safe, in case there are weeds and brambles coming through,” he said.

One volunteer, Highbury resident Elaine Loomes, said she enjoyed meeting people on the runs and taking a break from a stressful job. “I recommend doing this,” she said. “It’s so hard to leave the flat and not spend money and not drink. It’s amazing, it’s something you can do that is fun, enjoyable and free. If you ask people what they want to do in life it’s help out more, and exercise. This just ticks all the boxes.” 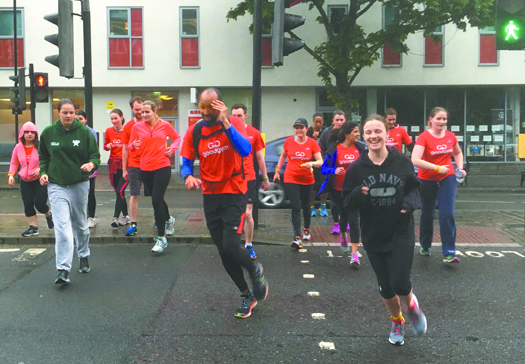 The runs vary in length from 3km to 8km and the volunteering sessions usually last for 45 minutes. Volunteers can also be paired up with elderly members of the community who they run to on a regular basis for a chat. To find out how to get involved or how to get volunteers to help out with a manual labour job at your charitable organ­isation, visit: www.goodgym.org/areas/islington

Key notes for the visually impaired 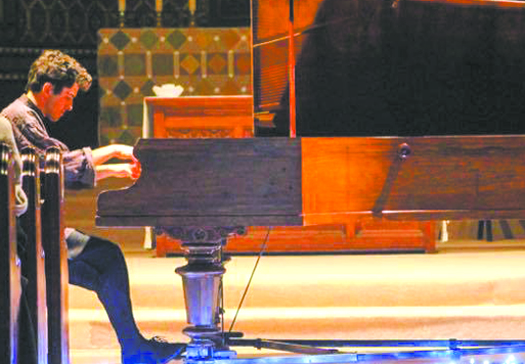 Adam Dickson at an earlier concert at St James’

A recital by piano teacher and performer Adam Dickson marks the beginning of a concert series which seeks to inspire the visually impaired to pick up instruments. The concert tomorrow (Saturday) at St James’ Church, Prebend Street, will see Mr Dickson and his friend Helena Dukic play Chopin and Satie. The main series, which starts in July, will feature three visually impaired musicians including two sopranos. Mr Dickson hopes his concerts will also inspire music teachers to take on visually impaired students.

“There aren’t many teachers who feel confident enough to teach someone who is visually impaired, mainly because it’s a whole new way of teaching. I’ve been teaching a visually impaired person for about two months and it’s really refreshing to have to approach music and teaching in a new and inventive way,” said Mr Dickson.

The 7.30pm to 8.30pm recital is free but donations are encouraged. More about the concerts at: www.listennowperformnow.org or email dicksonlukeadam@gmail.com