‘Coldplay basketball hoop’ may be taken down in noise row 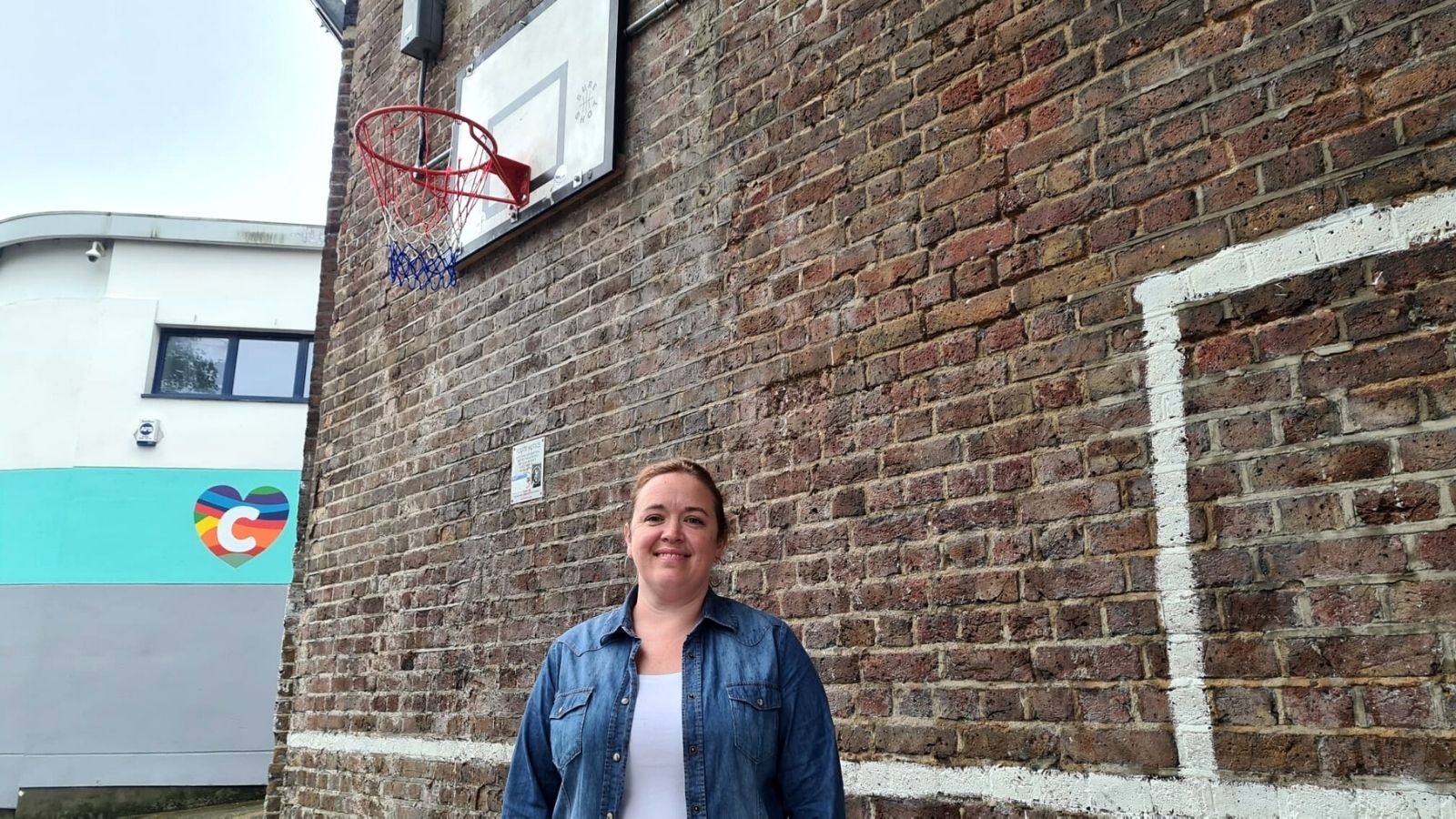 Tricia Richards by the hoop

A BASKETBALL hoop that provided enjoyment for youngsters and adults in Camden Town during lockdown could be taken down after complaints about “continually bouncing balls” and antisocial behaviour.

The hoop, underneath the railway arch near Castlehaven Community Centre, was newly installed in May, paid for by a donor who lives nearby who had enjoyed seeing people playing there while Covid restrictions were in place.

Tricia Richards, the chief executive at Castlehaven, which is responsible for the hoop, said she wanted it to stay up but had agonised over the decision after complaints about disrupted sleep.

She added that as it was a community asset, it was only right that locals were surveyed. If a decision is taken to remove it, a portable set of hoops would be provided in the daytime.

“During the pandemic the hoop was such a magnet for people from all walks of life from different backgrounds: teenagers, men [and] families. It was the most amazing thing,” she said.

“After we had the complaints, we looked at possible solutions by having a portable one there, but there was an outcry of people saying we shouldn’t do it. It’s owned by the community, not by us. So we thought, it’s a community asset, let’s ask them.”

Flashback: Coldplay’s Chris Martin in Camden for The Scientist

The online consultation, which closed on Monday, said a “small minority of irresponsible individuals” were bouncing balls, playing loud music and shouting through the night between 11pm and 8am, with the problem worse at weekends.

The hoop famously featured in Coldplay’s video for their 2001 track The Scientist.

Ms Richards added: “We’ve tried – we’ve put up signs – but they’ve been taken down or defaced. I have some sympathy if people can’t sleep. It’s not unreasonable to want to, especially on a Saturday morning if they’ve been working all week.”

Results are expected next week and will be published on the charity’s website.

Other measures to cut down the impact could include “hoop wardens”, soundproof flooring and more signage.

The centre, in Castlehaven Road, runs a nursery and provides classes, courses and clubs for teenagers right through to pensioners. It is also responsible for the football pitch and Castlehaven Community Park.

Daniel Levan-Harris, the mystery benefactor behind the new equipment earlier this year, said: “I don’t live close enough to have heard any noise, but I don’t think it should be taken down and there’s ways of mitigating it.To take it down in the long-term would be ludicrous because it has provided so many people with pleasure and exercise.”

Ms Richards has worked at Castlehaven for nearly 20 years, becoming head of the charity in May 2019.

She said: “There may be upset, whether it has to stay up or come down, because there’s two sides of it. It’s a very difficult situation for us and it’s why we have done the survey. I’ve been astounded at the response, it has been amazing, the amount of people who are so passionate about the hoop.

“They’re saying that it’s changed lives and people have made friends through it they never would have been able to. There are people saying they don’t play but they love to see others playing. But we have to listen to those who have been disturbed.”