Coach’s goal is to get more girls on the ball

Stephen O’Brennan, who sharpened his skills in US soccer, has been coaching in Camden and Islington for around two decades 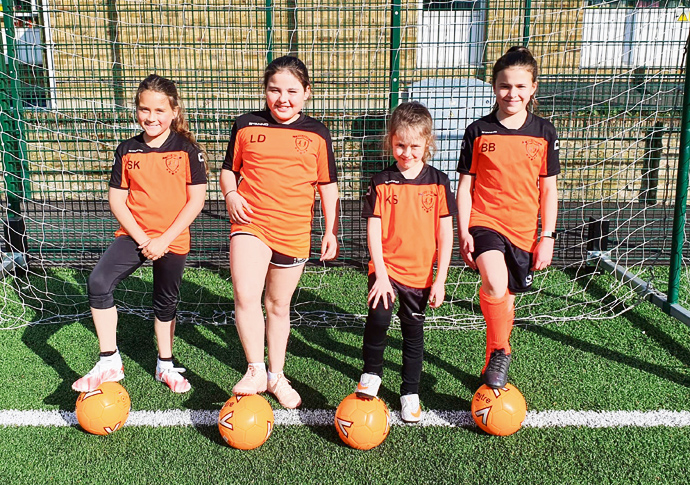 Few know the grassroots scene better than O’Brennan, who has been coaching in Camden and Islington for the best part of two decades.

He even spent a brief stint in the United States where he sharpened his skills working with female players from youth “soccer” club Colorado Storm.

In 2015 he “fulfilled a lifelong dream” of running a football school for boys and girls of all abilities when he launched Pro-Revo Football Development.

Children aged three to 11 years old take part in weekly sessions at Parliament Hill Playing Fields, where they are given the chance to learn “the fundamentals” of football.

And now O’Brennan has branched out even further by starting girls-only training sessions for seven- to 11-year-olds at Fleet School in Hampstead every Tuesday evening.

“Having experienced working within women’s and girls’ football in America I always wanted to start up a girls’ programme when I got back home,” explained O’Brennan, who lives in Gospel Oak.

“Sometimes, in mixed training sessions, you can get 20 to 25 kids, and only three or four of them will be girls. So to help overcome that I now have the new sessions for girls only, which are held every Tuesday between 5.30pm and 6.30pm.

Stephen O’Brennan and son Vinnie, 4, at the Emirates for the Gunners’ match against Chelsea

“The success of the Women’s Super League, and the way it’s now televised, has made the players household names. It’s 100 per cent led to more girls now wanting to play the sport.”

For the young players signed up with Pro-Revo it’s all about development: there are no weekly league games and no points to fight for.

O’Brennan said: “We’re not a football club, and we don’t talk tactics. Our sole aim is to teach young players about the fundamentals, like dribbling with the ball, passing, tackling, speed and shooting.

“We want to engage, empower and educate players in order to ensure that each individual achieves a successful future in football and the wider sporting world.”

He continued: “We also have a good working relationship with a number of local youth clubs. So if one of our players reaches a point where they want to play more competitive football, we can talk with local clubs and find them somewhere suitable to play.

“It’s about seeing where a child’s development is, and passing them on to the right people at the right time. We’re here to kickstart their journey.

“But we also get a large number of kids who want to stay with us while also playing for a club. We’re more than happy to work with clubs if that’s what is best for the child and put together a training schedule that works for everyone.”

To sign up for a free trial session with Pro-Revo Football Development email Stephen O’Brennan at prorevolution.development@gmail.com or check out their Instagram page @prorevo_football