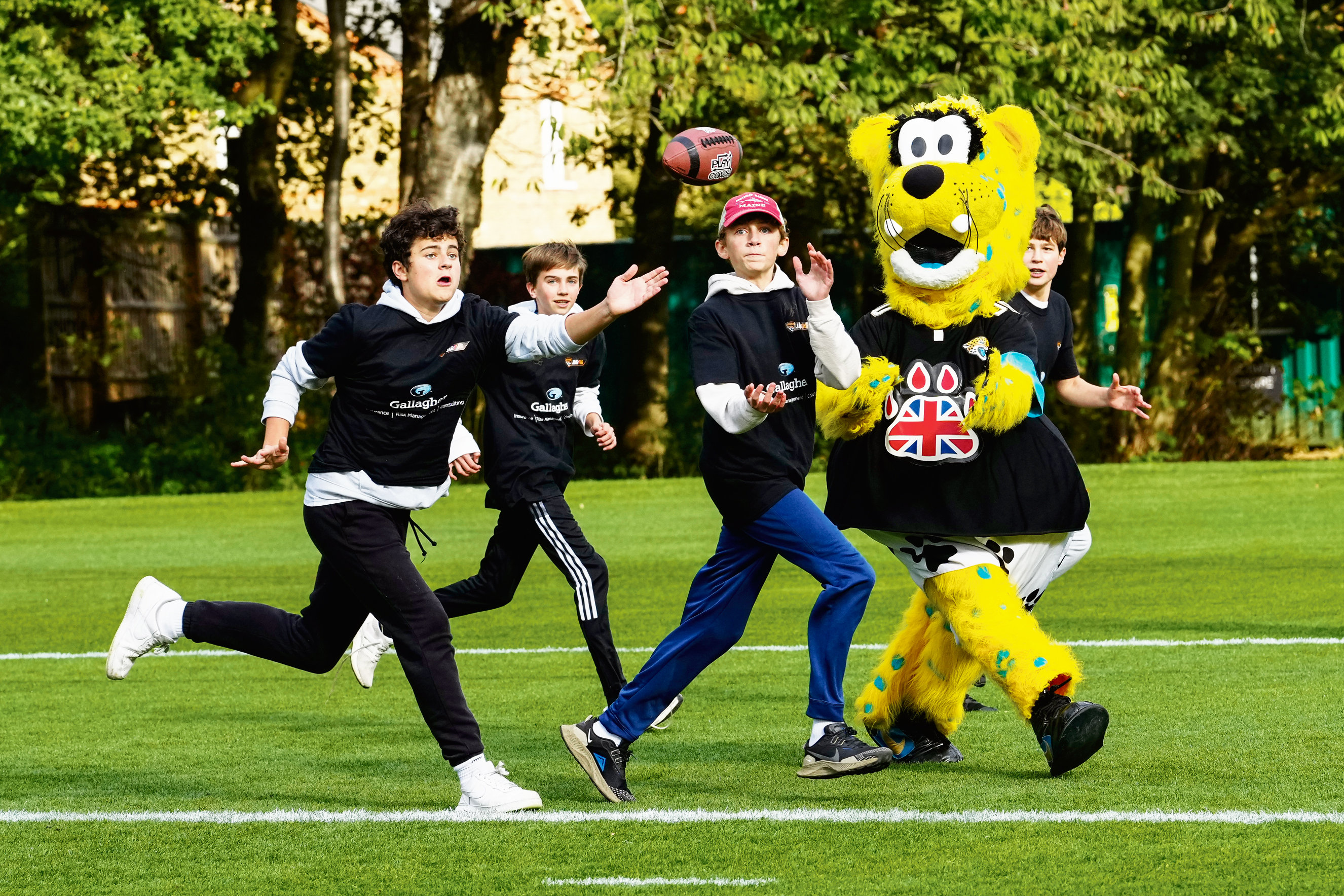 Pupils from the American School in London, based in St John’s Wood, were invited to take part in a JagTag training session by the Jacksonville Jaguars in Watford ahead of their NFL London game against the Miami Dolphins, which was held at the Tottenham Hotspur Stadium last month

A SERIES of free coaching sessions have touched down in north-west London with the goal of encouraging youngsters to fall in love with American football.

The sessions, which require specialist coaches, usually cost £60 a month, but for November they are being put on completely free.

A form of tag American football, JagTag sessions for six to 16-year-olds are being held at Harris Academy every Friday between 6pm and 7pm, and Paddington Recreation Ground in Westminster every Saturday between 1pm and 2pm.

There are “no pads, no helmets and no tackling”, but the sessions are seen as the ideal way to teach children the basic rules and techniques used in the sport, including throwing, catching, evading, and defending.

“There are now 87,000 children and young people across the UK playing JagTag,” said Ryan Moore, a former youth footballer for Hampstead FC who is now helping the Jaguars grow the game. “It’s one of the fastest-growing grassroots sports in the country, and what we’re really proud of is that 42 per cent of the uptake is girls and young women. 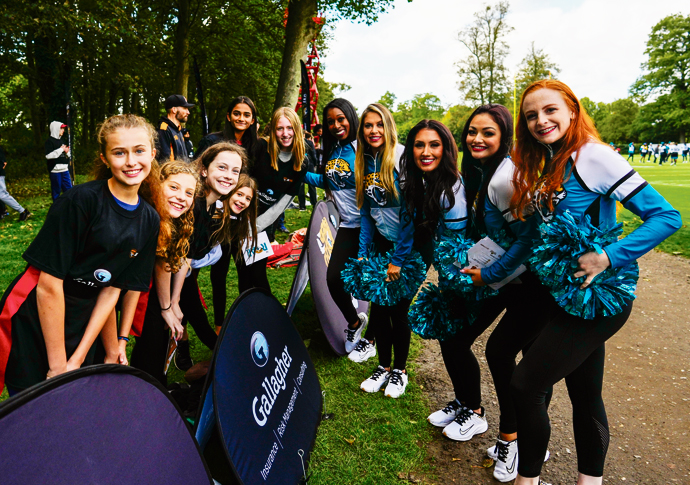 “The best route to loving the sport is knowing how to play it. JagTag is a fantastic equaliser because the vast majority of kids have never played American football before, so they’re all learning the rules together.”

Explaining how American football is a sport for all, Ryan added: “Our sessions are frequently attended by young people who say they were often one of the last players picked when taking part in other team sports or who hadn’t found the right sport for them.

“What’s great about American football and the JagTag programme is you need a wide range of body types and physiques to play it – it really is open to everyone.”

The mixed JagTag sessions are for both boys and girls, as is the Junior Roar Dance Academy, which is being run at Harris Academy on Fridays between 6pm and 7pm, and the Hampstead Recreation Club in Fleet Road on Tuesdays at the same times.

Dismissing suggestions that the sessions for five-to 16-year-olds would only attract girls, Ryan said: “Male cheerleaders are becoming more and more popular.

“We give children a chance to learn high-energy, challenging street dance routines.

“The sessions are a great way to celebrate health and fitness, especially for young people who don’t particularly like or enjoy taking part in other sports.

“We will also be hosting monthly video links with the Roar of the Jaguars, the professional cheerleading squad of the Jacksonville Jaguars. They will share tips and advice, take part in Q&As, and perform demonstrations.”