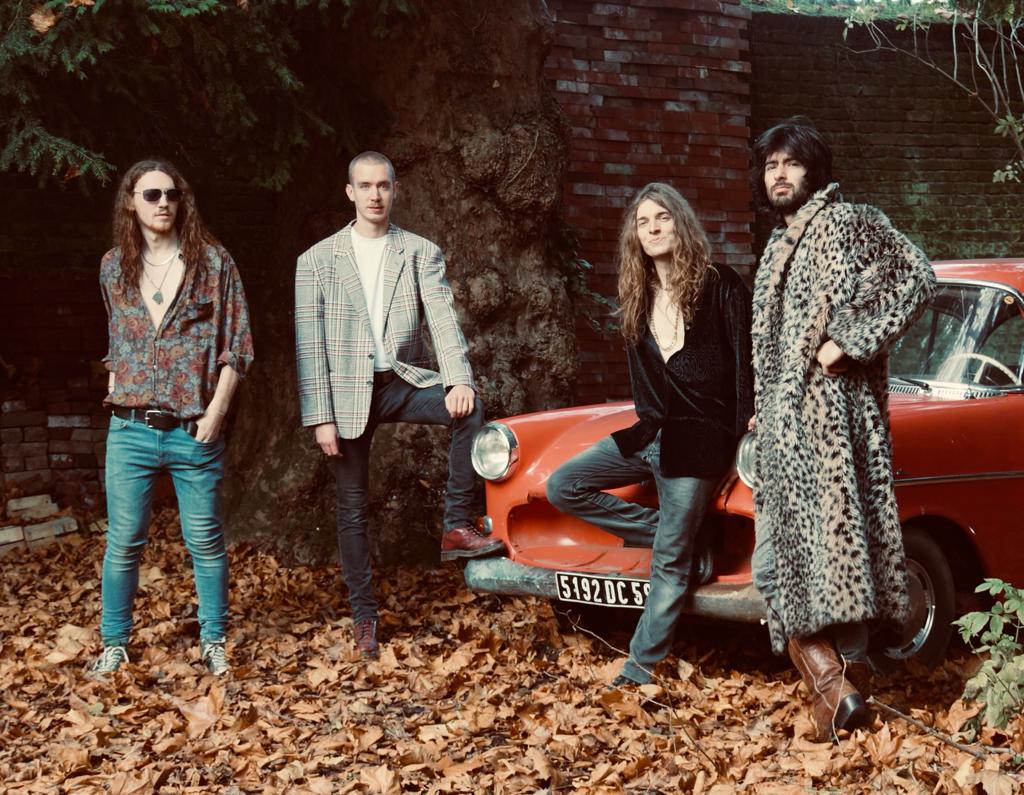 Will Fairhead (far right) with his band

ON The Camden New Journal Podcast this week is the lead singer of Will Fairhead and The Gulls.

Will and his band formed after meeting in various pubs and canal boats around Camden in 2019.

When the Covid-19 pandemic hit, their plans for a tour were scuppered, but they weren’t to be held down for long as The Gulls went on to complete two “Impossible Tours” last summer and autumn – one of the only bands in Britain to do so.

Will also talks with reporter Calum Fraser about being a frontline worker delivering meals on wheels to the elderly, honing his craft by night and putting on impromptu gigs for his neighbours every week during the clap for carers.

By the end of their second tour the band settled down in a “derelict chateau” in France with a Kentish Town antiques dealer to record their first album.

Listen in on Apple Podcasts, Spotify, Google, Stitcher or wherever you get your podcasts.

Don’t forget to subscribe to the podcast to be notified each time a new episode is released.

You can contact the producers by emailing: podcast@ camdennewjournal.co.uk

And for more details and episode news visit: www.camdennewjournalpodcast.buzzsprout.com/

For a link to more information about Will’s band go to www.willfairhead.co.uk