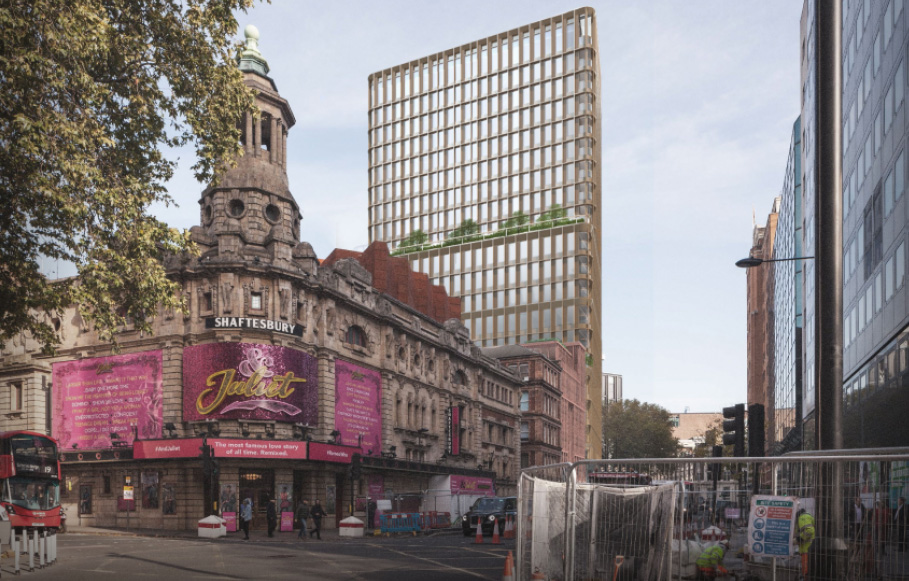 Residents have asked Labtech to go ‘back to the drawing board’

A MEETING between property developers and residents ended abruptly as they failed to see eye-to-eye over plans to build a new high-rise office tower in Holborn.

LabTech and members of 13 community groups and associations attended a virtual call on Thursday evening to discuss the proposal to turn Selkirk House in Museum Street – formerly a Travelodge hotel – into 21 storeys of flexible office space.

However, only one item on the agenda was tackled before discussions collapsed. Residents said they had set up the meeting hoping to convince the company to hold off on submitting their planning application to Camden Council and to “go back to the drawing board” and work with them.

That offer was rejected, with the development’s project lead John Watson saying they would not be making any changes to the drawings and that it would be for Camden to give the development a green light.

He said: “Where we are is this is the application in terms of buildings and we intend to make it.” Currently, they plan to include 29 new homes, 40 per cent of which would be “affordable”.

Opponents say there are not enough in number and there is too much office space, while the scale of the tower has led to objections over how it fits with the historic neighbour­hood that is also home to the British Museum.

LabTech has said there will be a chance for residents to work with them on the landscaping around the building.

But Helena Roden, who was chairing the meeting, said: “If we can’t affect change in what you are doing then we’re not actually being consulted; it’s supposed to be an interactive process, not just you telling us what you want.”

Speaking after the meeting, Adam Lester, joint chair of the Bloomsbury Association, said: “They basically said the only thing we can have an input in is the gardening: choose what flowers and benches to have around the building. It’s disappointing but at least we now know where we stand – they’re not going to engage with us on this.”

A spokesperson for LabTech said: “We offered a compromise proposal, to continue with our planning application for the proposed new buildings while beginning a new collaborative design approach to the public realm with representatives from the community groups. We are still keen to continue talks with the community and are excited to work with them on aspects of the development.”