Cladding crisis: How can we sleep in ‘fire risk’ homes?

Disabled residents in high-rise tower tell of concern over safety 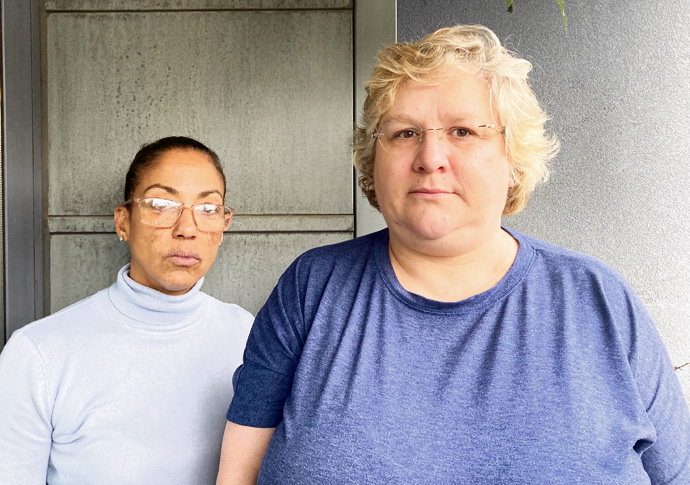 DISABLED residents living in a high-rise building have said they “don’t sleep at night” because of fire safety fears.

They fear that there is a lack of escape routes and worry about what materials are wrapped around their homes. Susan Oliver and Natasha James, who live in Peabody-run Papyrus House – a 15-storey high-rise building near Old Street roundabout – want to know what is in the cladding and have concerns about phenolic foam insulation in the walls.

“If there is a fire in this building, we’re all gone,” said Ms James. “There’s another Grenfell waiting to happen here.”

Ms Oliver said she first realised there was a problem with the building in March this year.

“There was someone on a cherrypicker and he said he was just checking the cladding. I thought after Grenfell it had been checked and it was all safe. But obviously not if they had to come back,” she said.

Residents said the company which owns the building has registered the block under the Building Safety Fund (BSF). The BSF is a £1billion pot set up by the government to support safety measures like removing cladding on residential buildings in the wake of the Grenfell tragedy. People living in Papyrus also say regular lift breakdowns would make it difficult for disabled residents to escape the building in the event of a fire.

“There’s no way I’m going in those lifts,” Ms Oliver said. “I’m virtually housebound – I’m lucky if I can go out once a week now.” 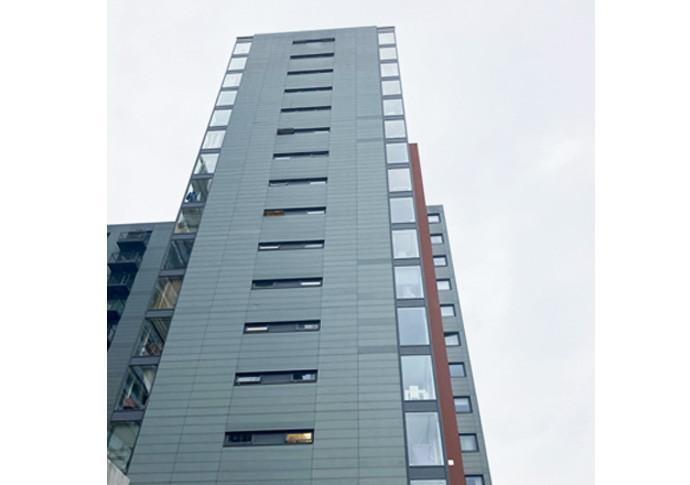 She added: “It is so frightening living here. You hear lots of fire engines coming down this road, and at the slightest noise you’re up thinking: ‘Oh my God, I’ve got to get the kids and the cats.’” Ms Oliver and Ms James are just two of the thousands of social housing tenants struggling with the ongoing fire safety crisis.

“Peabody had the cheek to say to me: ‘Don’t worry, it won’t cost you anything when the cladding is removed and replaced.’ But that’s not the point,” said Ms Oliver. “Poor George Peabody, who did good old housing, would be spinning in his grave.”

A Peabody spokesperson said: “The safety of our residents is our top priority and we are sorry to hear about concerns at Papyrus House. We were not involved in the construction of the building and we do not own it, so are not able to influence or carry out investigations into the external wall.

“However, we are in touch with the owners and managing agents about what works may be required. There are up-to-date fire risk assessments in place… We are doing all we can to support residents and hope it will not be too long before the situation is resolved.”

Islington South MP Emily Thornberry said: “I think the nub of the situation is the block is registered under the Building Safety Fund. Then, of course, the question is: Are you saying the building is unsafe?”

She added: “I have every sympathy for constituents of mine who are really quite alarmed about this. They’re not getting answers about whether the building is safe or not. If there’s combustible material on the exterior of the building, we need to know: does it need more fire barriers? Keeping residents in the dark is just not right.”

A spokesperson for managing agents Knight Frank said: “We sympathise with home owners across the country who have been affected by fire safety associated to cladding concerns. We are treating this matter with the upmost of seriousness; we take our obligations as a property manager very seriously, particularly when it comes to the safety of the residents and the buildings we manage.”