Christmas by the Lake: love, loss and second chances

Robert Lindsay and Niamh Cusack star in tender, poignant drama about a collision of ordinary lives 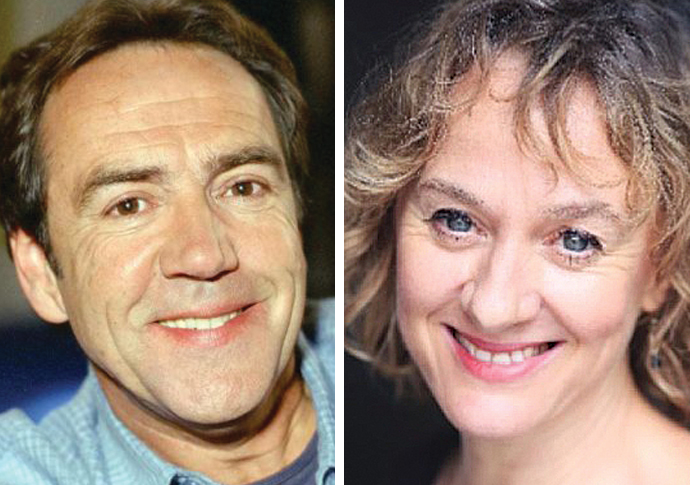 It’s mid-November. Mary (Niamh Cusack) and Walter (Robert Lindsay), both in their 60s, meet by a lake in a city park. She’s making a Christmas list while Walter appears to be drowning. Mary calls for help.

They meet again by the lake. Walter is cross because he ended up being carted off to A&E and insists he was only swimming.

Mary remains unconvinced and Walter, as if to prove a point, undresses and jumps into the lake once again. He is impulsive, while Mary is cautious and quietly aloof.

Over the following weeks, they meet every day and we learn that Mary is a widow, while Walter is divorced – his wife left him 15 years ago and moved to South Africa with their three children. He has not seen them since.

While Mary mourns her husband, Richard, who she’d met at school, she confesses their marriage had floundered in later years. Walter admits his marriage was far from perfect and he had resorted to alcohol.

Despite his loneliness, Walter still believes in magic.

Neither are looking forward to Christmas. Mary is worried she won’t meet the expectations of her daughter Helen (Cecilia Appiah), who will be visiting from Scotland. Mary always forgets something important and, anyway, she prefers picnics.

As her friendship with Walter blossoms, they tentatively agree to meet by the lake for Christmas. However, events conspire against them, and the possibility of a magical ending appears frustratingly out of reach.

Joyce worked briefly as an actress, started her writing career in radio, and cemented her reputation with her debut novel, The Unlikely Pilgrimage of Harold Fry, longlisted for the 2012 Man Booker Prize.

All her talents are brought to bear in Christmas by the Lake. Fluidly written and eschewing sentimentality, fans of Joyce will love this clear-eyed, poignant drama about the collision of ordinary lives, love, loss and second chances.