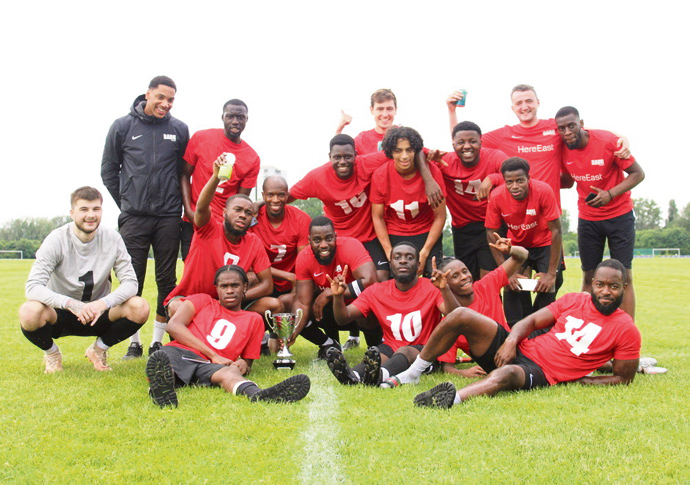 THE title was already in the bag, but Badu FC still had plenty to play for when they stepped out at Hackney Marshes on Sunday to tackle The Auld Shillelagh.

Joshua Warburton’s side were just 90 minutes away from ending their Division One campaign in the Camden Sunday League unbeaten.

And thanks to goals from David Bell, Allie Bangura and Joel Akuwudike, they won 3-0 to finish the season with a record of 12 wins and two draws from 14 games.

It means mighty Badu now haven’t lost a league game since November 2018, when they were beaten by Kentish Town Albion.

Their near faultless form hasn’t been without its frustrations, however.

They were within touching distance of the title in 2019-2020 when the pandemic hit and left the season null and void.

But Badu pushed on and were determined to win the league without losing a single game this time around.

“We all had a Zoom meeting and discussed our frustrations at the 2019/2020 season being voided, so we came together and promised to work for each other to achieve this success,” explained player-manager Warburton.

“We are more than happy we have done it now, and we are more than ready to add to the squad and retain our title, as well as add the Challenge Cup to our collection, as this is the only trophy that we have left to win in the league.”

He added: “We thank the league and all other teams for seeing out the season, and we also thank those teams who had to drop out.”