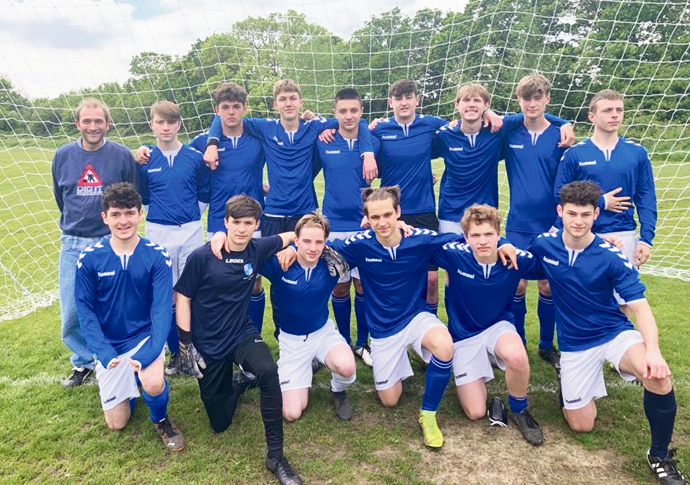 CASTLEHAVEN FC were crowned champions of the Camden Under-18s League at the weekend – having gone through an entire season unbeaten.

The club, based at the Castlehaven Community Centre in Camden Town, is made up of 17-year-olds, the majority of whom have been playing in the same side with the same coach since they were just five years old.

The final celebration of the season saw Castlehaven beat London Mets 3-0 on Saturday thanks to two goals from Jamie Isaacs and a strike from Burt Thorne.

Manager Dan Carrier said: “This has been a very competitive and strong league to play in, and it is a testimony to the players’ efforts, determination and togetherness that they have managed to put in a near faultless season against some very good opponents.

“It is a joy to have had the same nucleus of players together for such a long time, and watch them grow from children into men.

“It is an impossible job to single out any of the stars this year – everyone has put in a terrific effort. We’ve seen some brilliant team goals, and shared some wonderful moments.”

The league, made up of teams who have graduated in age from the Camden and Regent’s Park Youth League, is organised for youngsters aged between 16 and 18.

And it has room for more teams starting from September. Games take place on Saturdays on Hampstead Heath, and the cost of pitch hire is shared amongst clubs.