Candi United are back and looking to bolster

'We want our club to be a place where players of all abilities can come and enjoy playing the game,' says Camden and Islington United skipper 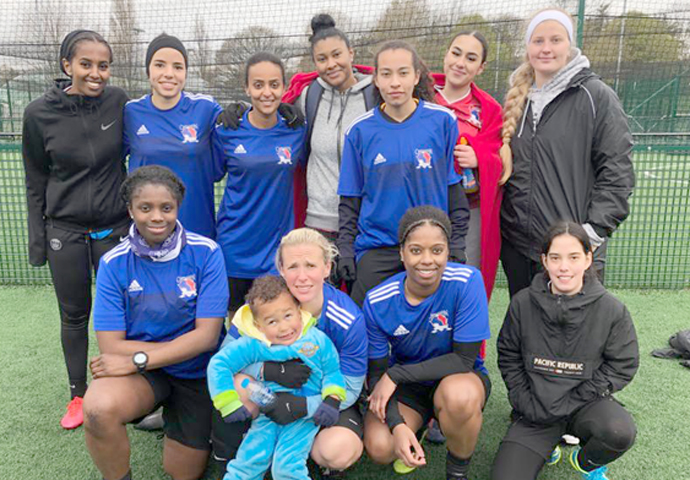 Camden and Islington United are searching for more players

A NEWLY-formed women’s football team is on the hunt for more players to help strengthen the club’s future.

Like most grassroots sports clubs, Camden and Islington United – known simply as “Candi” – saw their progress halted by the pandemic.

They finally returned to action on Sunday when they entered two teams into the Spurs Foundation Five-a-Side Tournament, which was held at the New River Sports ground in Wood Green.

Both Camden Red and Islington Blue put in strong performances in the group stages. But it was Islington Blue, led by star players Sam Bereket and Lil Almeida, who made it to the knockout stages.

They convincingly won their semi-final 4-1, but just missed out in the final as they were beaten by Queens on penalties after the game had finished goalless.

“While we would love to have won it, all the players from both Camden and Islington United teams battled hard and played some great football,” said club captain Bereket.

“We’re still on the lookout for more players to help build our team for the future so I hope people see what we’re doing and get in touch.

“Women’s football has some real momentum behind it and we want our club to be a place where players of all abilities can come and enjoy playing the game.”

Candi train on Monday nights and play in the Islington Women’s Midweek League on Tuesdays. The club will also soon be running girls’ sessions at Castlehaven Community Centre.