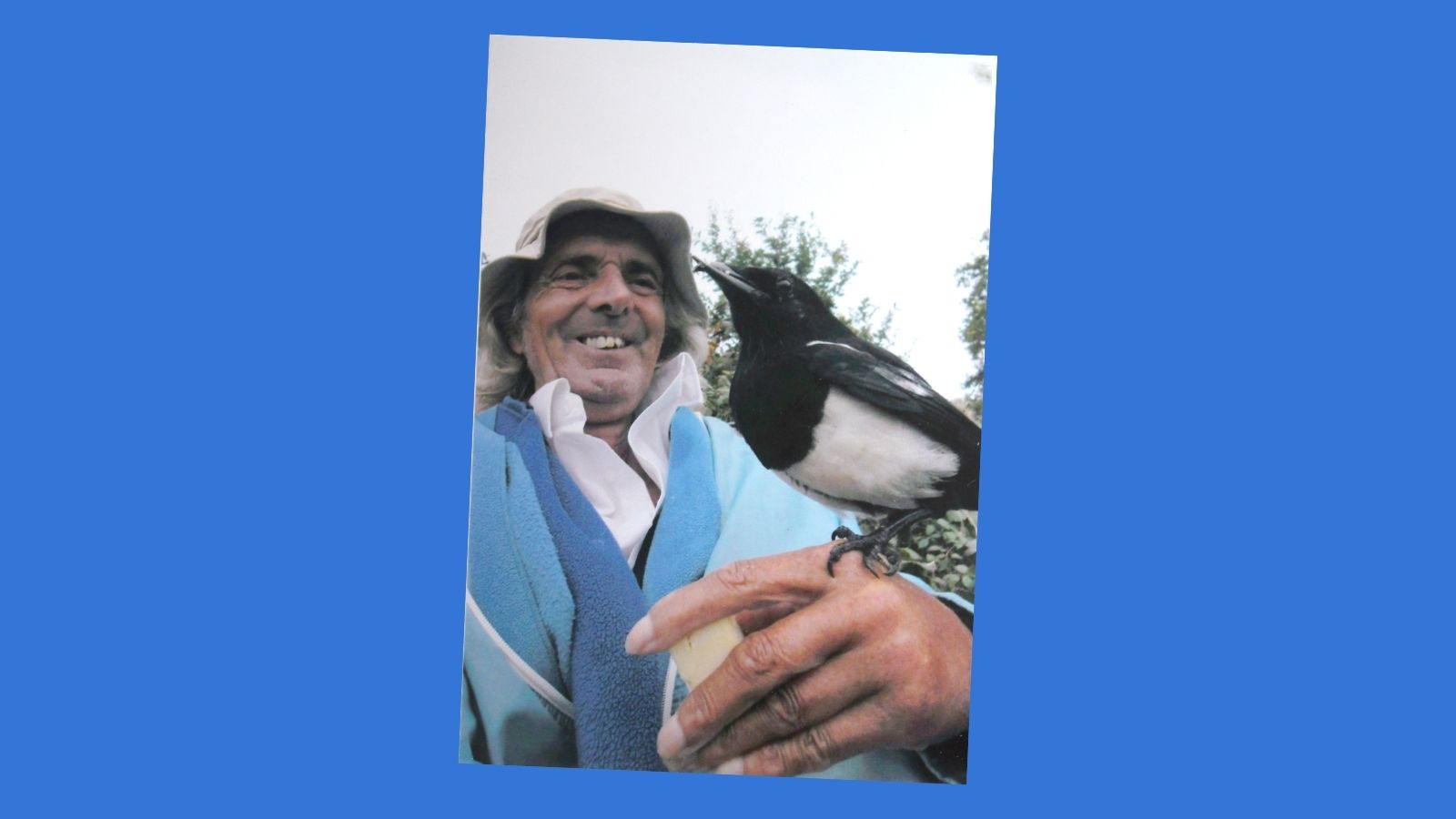 David Martin with the magpie

A LONELY musician is overcoming cancer and the death of his dogs with a new best friend: a magpie on Hampstead Heath.

David Martin has been visited by the bird every day for more than four months at his favourite spot near the Ladies’ Pond, on the Highgate side of the heath.

The 70-year-old, a well-known guitarist who regularly plays Camden Town’s open-mic venues, has named his pal “Crooked” after its bent beak.

Mr Martin said: “I’ve spent years up Hampstead Heath with my dogs, Sheeba and Lucy. I’ve become quite lonely without them.

“Lots of people know me up Hampstead Heath and were used to seeing me sitting on my log, with my tea and sandwiches and Camden New Journal. They ask me how I’ve been doing without them.

“I’ve been sitting up there thinking about all these things, and then this bird comes down.

“Every day it comes to see me. It’s got personality and I’ve become attached to it now – I feel like I want to go and see it because it wants to see me.”

Mr Martin said the magpie had come to see him every day for the past four months, often playing with his key ring or shoelaces.

“I was thinking, has it been sent down to help a lonely man? I don’t know if this magpie is an angel or someone sending me a message.

“I know it sounds crazy but I have got quite spiritual with the cancer. You can’t help feeling like that, when you get close to leaving.”

He added: “I’m wondering, what’s this bird thinking, has it taken to me, does it think I am its mother? I wonder if it’s a reject because of its crooked beak – some families are funny that way.”

Mr Martin appeared in the New Journal’s sister paper the Islington Tribune in 2017 when he was diagnosed with bowel cancer. After being given the all-clear, the disease returned and he had a major operation and chemotherapy at the Whittington. “My music really got me through it all,” he said. 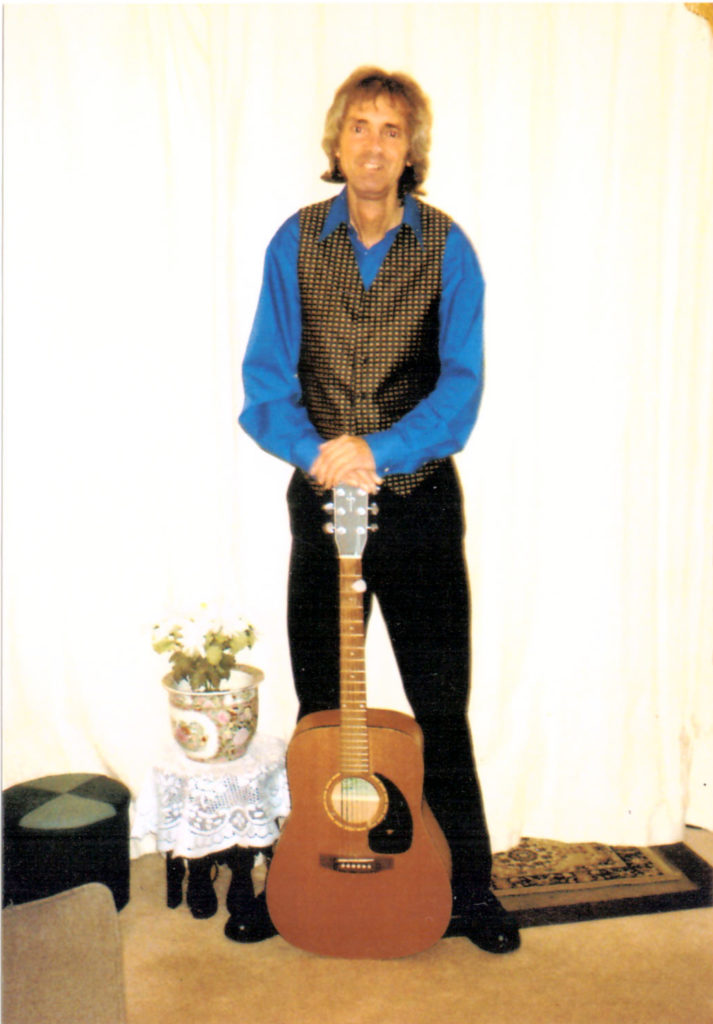 Mr Martin plays his guitar at the Camden Eye, Elephant’s Head, and Camden Road Arms pubs. He played his first gig when he was 10 and was in a band called the Decoys in the 1960s.

Born in Kilburn, he lived in Portobello Road in the 1950s and 60s and he has lived around Caledonian Road for 40 years. He said: “I’m not a confident person, but when I get up on stage all my stresses and worries go away.”

Magpies are considered to be among the world’s smartest creatures, one of a handful able to recognise themselves in a mirror.

A spokeswoman for the Royal Society for the Protection of Birds said: “There is nothing else quite like the magpie in the UK. When seen close up its black plumage takes on an altogether more colourful hue with a purplish-blue iridescent sheen to the wing feathers and a green gloss to the tail.

“They are very intelligent birds and so it is no wonder that this particular bird has come to learn of its daily visitor.

“Nature can provide fantastic comfort in times of uncertainty, and across the country this has certainly been felt in the last year, with over one million people taking part in our Big Garden Birdwatch in January 2021 for example – a record-breaking year.”