Camden remembers the fallen at interfaith service on Armistice Day 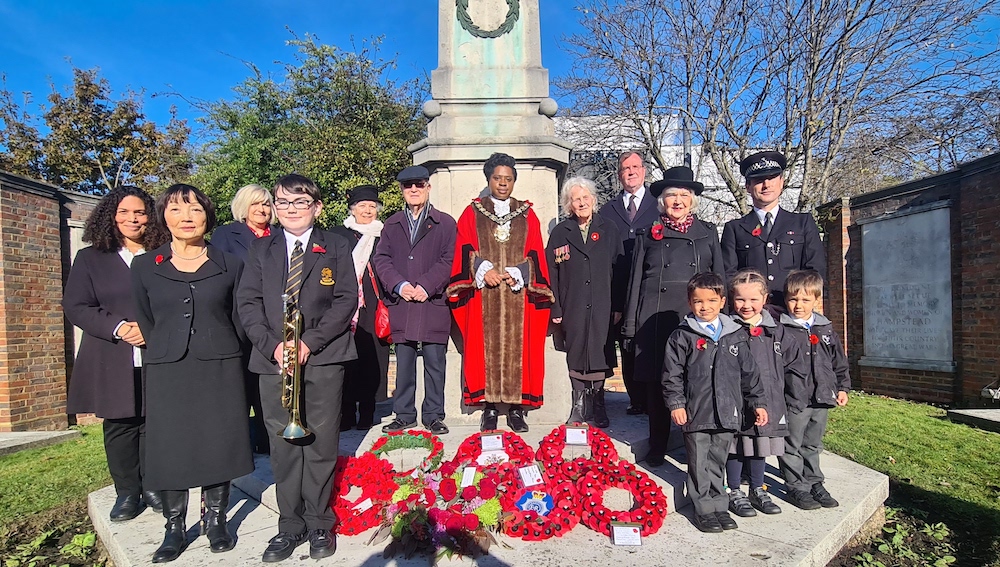 DOZENS gathered at the war memorial in Hampstead as the nation fell silent for Armistice Day.

Mayor of Camden Sabrina Francis, Baroness Sue Garden of Frognal, and the Heath and Hampstead chair Marc Hutchinson were among those to lay wreaths at an interfaith gathering after 11am on November 11. The Last Post and Reveille was played by William Ellis School pupil Tom Betts.

Hampstead Hill School youngsters Arnold Schipka, Ellie Taylor and Zacharus Khan were led up to place a memorial on behalf of the school in Pond Street.

It was the first time the event had been formally held without limited numbers since the start of the pandemic. Last year a pared-back service was held. 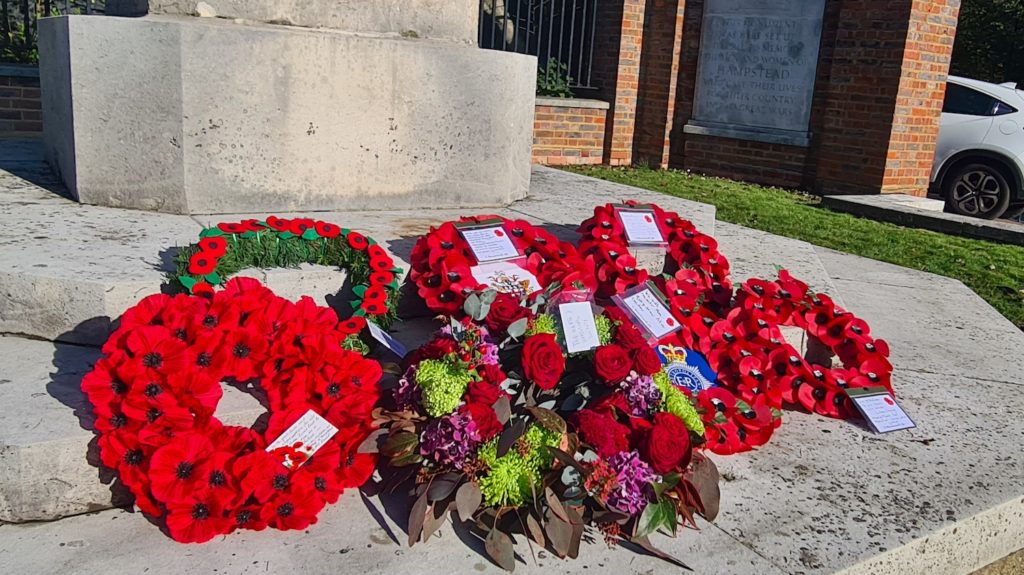 Wreaths lain at the memorial

Cllr Francis said: “I feel incredibly honoured to represent the borough on such an important day and lay a wreath for people on behalf of Camden. In Camden we remember those who gave their lives in war as well as those who have been injured or had their mental health affected, whether civilian or in service.”

Linda Chung, who organises the annual event, said: “It’s such a beautiful event and felt very spiritual, and it was wonderful to have all these groups represented. It is so important for people who took part in war. We must never ever forget their sacrifice.”