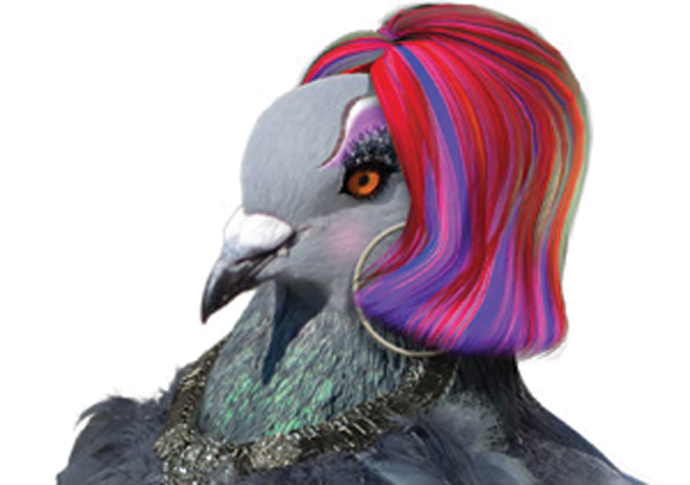 IF you can’t make it to the Edinburgh Fringe this year – or even if you can, but want more – here’s a taste of just some of the shows that you can see this week at London’s alternative, the Camden Fringe festival.

• Running from August 10-12 at the Lion and Unicorn theatre, Hummingbird is an exploration of how society deals with global issues, addressing uncomfortable questions about the stories that move us. Based on a true story, The German Girls tells the story of Ingrid, a young Danish woman who falls in love with a German soldier, and is on from August 15-18. Showing August 12-19, No Man’s Land is the story of Kit’s encounter with Felicity 10 years after he raped her.
Details: 020 7267 2304

• Combining spoken word and physical theatre, Project Lockout’s Feel The Fear confronts this most uncomfortable of feelings at The Cockpit on August 9 and 10. Purple Theatre’s new play Boxes, exploring family, identity, race and gender in a post-modern Britain, is showing August 13-16. Details: 020 7258 2925

• Climate campaigner Tamsin Omond who stood against Glenda Jackson in Hampstead and Kilburn in 2010 will be performing a new show, Battleaxe, with an all-female company of the same name at Camden People’s Theatre on August 16-18. Pink Lemonade, a show fusing spoken word, sound and movement to explore female masculinity and lesbianism, is on August 12. Details: 020 7419 4841

• The 19th-century abolitionist Harriet Tubman is reimagined as a young woman growing up in Harlem in the 21st century in one-woman show, Tubman. Combining poetry, monologue, and music, it’s on at the Etcetera Theatre on August 11-12. Details: 020 7482 4857

• At the Hen & Chickens Theatre from August 11-12, Crossing, from Jittery Pens Productions, is an observation of the lives and stories of the people we see every day on the tube. Loser, is a solo show chronicling actor, writer and comedian Megan Hockley’s quest to discover why loneliness has become such a modern epidemic, that’s on August 13-15. Details: 020 7704 2001

• Love Lab, directed by Sean Aydon, runs from August 13-18 at The Tristan Bates Theatre and is about a new dating show for a world full of screen dwellers looking for love. Details: 020 3841 6611

• Award-winning playwright Maria McAteer’s One Last Look, showing at the London Irish Centre from August 13-18, is set in a dingy flat, where Mia and Mark await a phone call from a colleague.
Details: 020 7916 2222

• In Howard Cohen: Let’s Be This TV producer Cohen mixes classic Jewish stand-up with PowerPoint presentation. He’s on at 2 NorthDown in King’s Cross from August 16-18.
Details: 020 3371 7124

• Clown Sex, on at Aces and Eights in Kentish Town until August 11, is made up of three short plays performed by Natasha Sutton Williams, each of which tells the story of women contending with bad, sad and funny sex. Details: 020 7485 4033