Police have 'pushed back' on idea 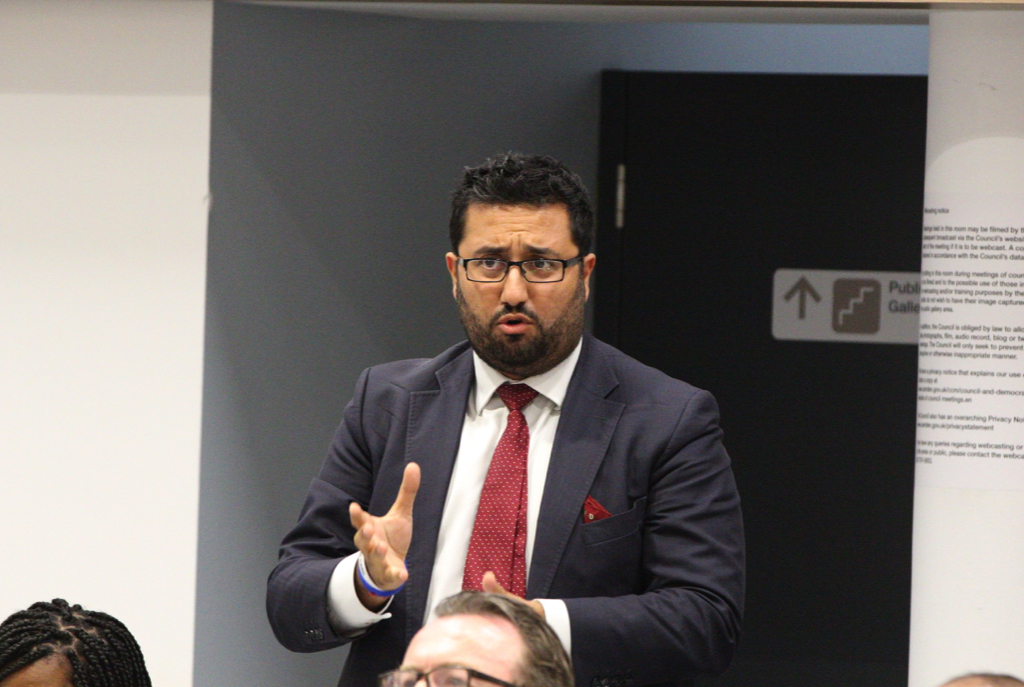 CAMDEN Council is looking to use controversial “Section 35” orders to break up groups of homeless people gathered in the same spot.

Officials have raised the possibility of using the powers, but it was revealed at a council meeting that local police are “hesitant” about the hardline approach.

Section 35 of the Anti-Social Behaviour, Crime and Policing Act 2014 gives enforcement teams the authority to split up large groups, but have been criticised by human rights campaigners. Their use has been ­considered after regular gatherings of possible rough sleepers around Warren Street – a camp which has led to complaints from people living nearby.

Labour councillor Rishi Madlani told the cross-party culture and environment committee: “It seems to have really escalated again. There is a lot of concern among residents about violent crime and organised crime. “I don’t know if it is related to drug dealing being endemically out of control. Is it because of police numbers and their ability to actually effectively do it? I’m very conscious that site is opposite what will be a specialist children’s cancer hospital. We have to solve that before that hospital opens.”

The camp is close to where University College Hospital is building a new proton-beam therapy unit.

Jessica Gibbons, director of resident services, said: “This is us having conversations that a number of years ago we would never have had. We are now in a position where we are talking to the police about should we use Section 35 powers, which are dispersal powers, to be able to split up large groups. “The police are hesitant about that, but I think we are trying to have those challenging conversations about how do we balance safeguarding peace with enforcement and stopping the impact that this is having on the community.”

She told the meeting that talks had been scheduled with new borough commander Raj Kohli, adding: “His colleagues have pushed back at the moment. I suspect that historically this is because the police are worried about the impression that gives when the Section 35s are used against the street populations and how that could be portrayed by the community.”

Guy Arnold, head of the council’s rough sleeper unit, said: “We have seen an increase activity in that location by the Roma community. “The Roma community in particular are quite complex and difficult to engage and have some specific vulnerabilities including being exposed and manipulated by gangmasters and being victims of human trafficking. “It’s actually very difficult to get disclosure and to find the right tools to intervene with that particular cohort.”

He said the council was working with the Roma Support Group to seek a solution, adding: “Ultimately where there is a serious volume issue, where we have high concentrations of people, particularly around Warren Street and around Regent’s Park ward and around Bloomsbury, we are talking constantly with our police partners so we are able to have honest conversations about what the right tools are to intervene and disperse the larger groups where there is a public order issue.”

ONE of the Town Hall’s own homeless support team was living the life of a sofa-surfer amid London’s housing crisis, a councillor has revealed. Labour’s Rishi Madlani said that he had been out with Camden’s Safer Streets Team and was told by one of them that they were staying on friends’ couches. The term sofa-surfing is often included under the wider phrase “hidden homeless”, because people on the move but without a regular home do not get included in statistics. Cllr Madlani told a council meeting: “One of our own team was sofa-surfing, and it just hit me, the scale of this problem, and I think we need to think of ways to support. It was so upsetting. He was up at five in the morning and we were having that conversation: ‘You’ve got a heart of gold, you are out there doing really tough work’.” Camden said it was proud of its passionate and committed staff. Guy Arnold, head of the council’s homelessness unit, said a new rough-sleeping strategy would try to “scope” how many people were living on sofas