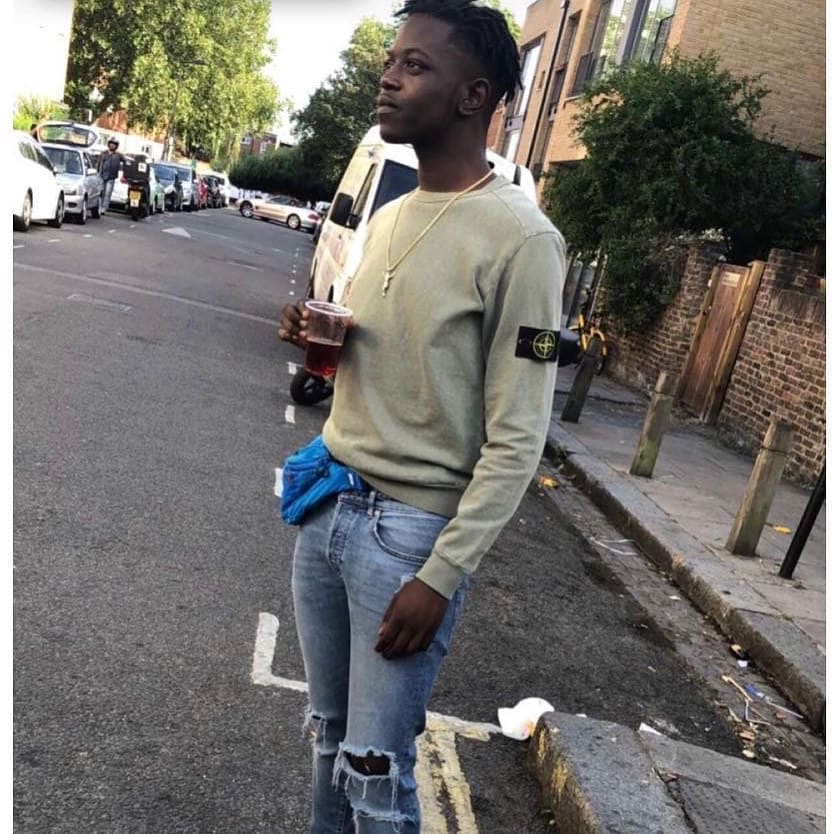 THE mother of a young man killed in the street by a group of masked attackers made a new plea for police to catch the killers during an inquest into her son’s death.

Calvin Bungisa, 22, died after being ambushed on the corner of Grafton Road, Gospel Oak, on April 1 last year but the case remains unsolved and police are still trying to trace two possible suspects.

Coroner Mary Hassell said the killing was “deliberate” and “brutal” and described how Mr Bungisa had been chased by men dressed completely in black and carrying long knives, believed to be machetes or swords.

Detective Superintendent Stephen Elliott told St Pancras Coroner’s Court on Monday: “We had a number of witnesses who saw the incident give statements. But all said the same thing, that all they saw was the dark clothing and masks and none of them would be able to formally identify the assailants.

“We were able to track the vehicle [used by the assailants] on CCTV before and after the attack. The vehicle was found a few hours after, a few miles away, having been burnt out. It had been stolen a few days before.”

DS Elliott added: “Significant forensic work was carried out on the car, at the scene and on a blade recovered under Calvin, but the damage to the car was extensive and we were only able to find one fingerprint on the outside of the car. 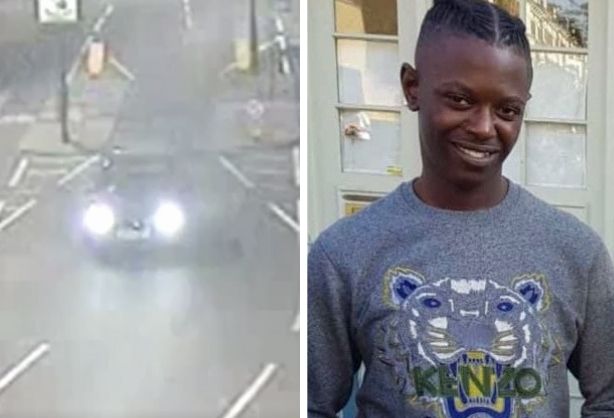 “The person whose fingerprints were found on the car has been questioned,” DS Elliott said.

“We’ve made a number of arrests of people we believe to be involved, so far six people, and there are two outstanding who are not available to us at the moment but they are actively being sought. All of those interviewed declined to answer our questions.”

Mr Bungisa’s mother, Celine Bungisa, who watched the proceedings via video link, addressed the detective, saying: “The only thing I want to say is: Please find who killed Calvin.”

Evidence from Mr Bungisa’s cousin Helije Bungisa, 28, was read to the court. He said he had been with Mr Bungisa since lunchtime on the day of the attack.

While they were in a chicken shop Calvin had received a phone call. Police believe he had been given some disturbing news, but have been unable to find out what the call was about.

Just before the attack, as they got out of a cab in Weedington Road, then they saw the masked men get out of a “small, black car”. 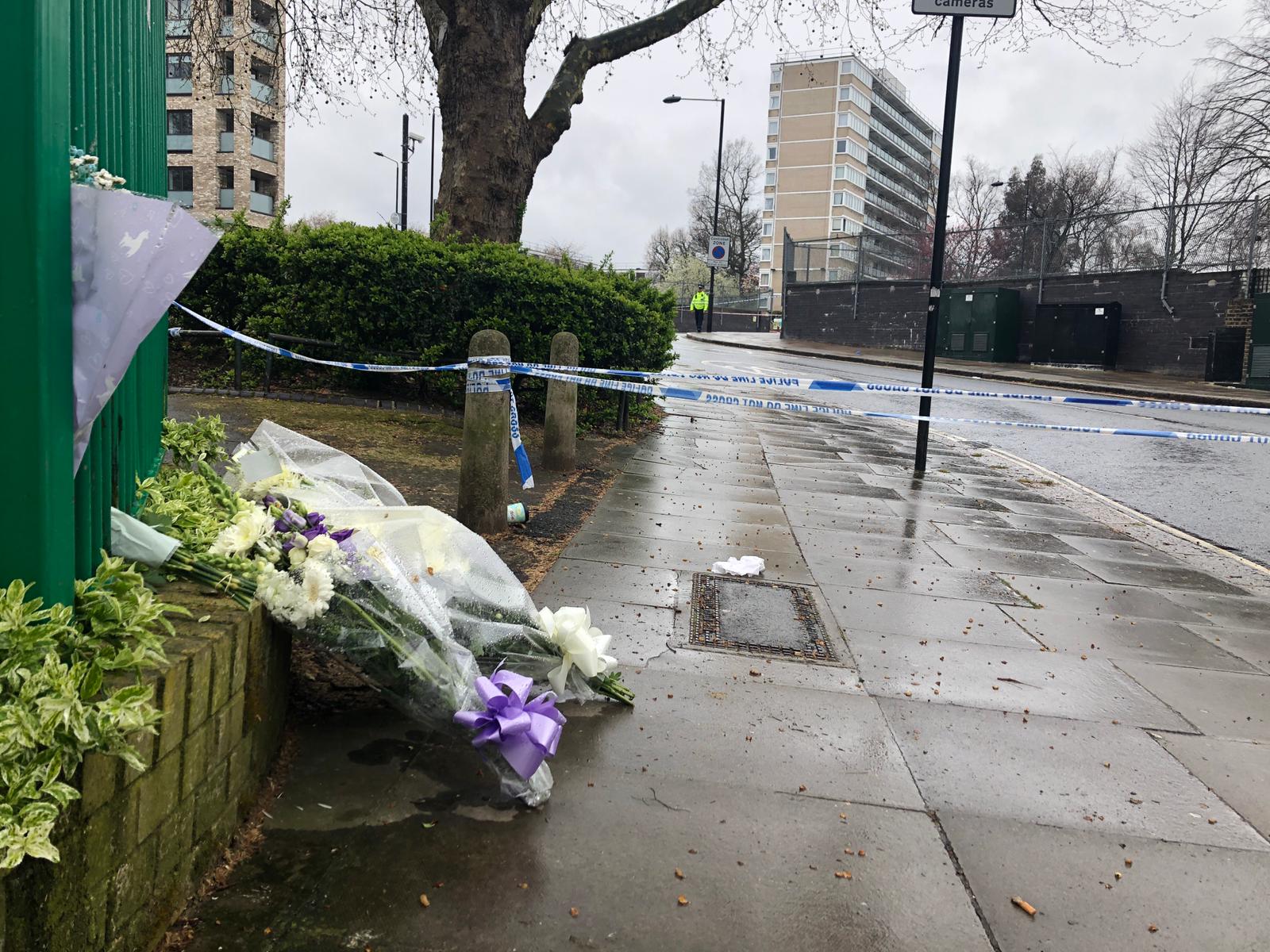 Helije Bungisa said in his statement: “He [Calvin] said to me ‘look, run’ and sounded panicked. A lot has been happening in the area so we knew what time it was.

“We ran in the opposite direction, through the bars into the park at the top of Grafton Road. We were being chased by four males.”

He added: “I turned around and saw that Calvin was no longer with me, I knew something wasn’t right. I ran all the way back and that’s when I saw him there surrounded by people and he wasn’t in a good way.”

The inquest heard that Helije Bungisa told officers he believed his cousin had been a victim of a conflict which had been raging between rival gangs in the borough.

The attack was captured on a passing taxi’s dashcam. The driver, whose name police asked to be withheld for his safety, said in a statement read out by the coroner: “I saw the male fall to the ground and those chasing him pierced him with a machete.”

He said he and other drivers began honking their horns and after a short time the men began to flee. “They had come with the intention of killing him,” the taxi driver added.

“I called the police and checked for a pulse in his neck but there was none. I was very, very upset that I couldn’t do anything.

“They killed someone in about a few seconds really, they killed him and they ran away.”

Mr Bungisa, who lived on the Ampthill Square estate in Camden Town, was pronounced dead at the scene.

Recording a verdict of unlawful killing, Ms Hassell told the court: “It’s not the usual situation that a death like this is heard in the coroner’s court at inquest, usually the facts are aired in Crown Court because criminal proceedings have been brought. This was a deliberate and sustained attack. It was brutal.”

Turning to his mother, she said: “Ms Bungisa I’m so very, very sorry for the loss of your son. It was a loss of a young life completely needlessly.”