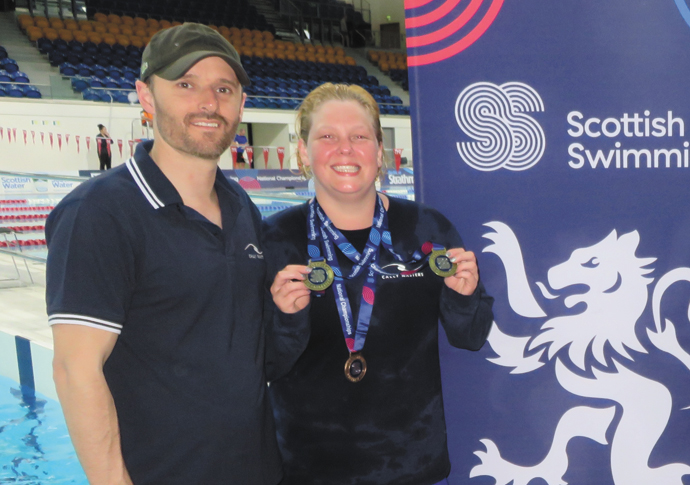 A QUARTET of intrepid swimmers from Cally Masters made a splash when they took part in the Scottish National Championships in Glasgow over the weekend.

The journey north paid off and the triumphant team returned to the capital clutching a mighty medal haul.

Competing in the 35-39 years age group, Rebecca Adam was Cally’s best performer as she struck gold in both the 100 and 200 metres freestyle.

In the same age group, Christine Hoyle was swimming in her first competition after giving birth to her second child. Club-mate Susan Green said that “compared to labour, the gruelling 200m butterfly was child’s play” as Christine powered to victory, adding the gold medal to the silver that she scooped in the 100m butterfly.

In the 60-64 years age group, Sara Perry won silver medals in the 100m breaststroke and the 400m freestyle, along with bagging a bronze in the 50m breaststroke.

Adam Nicholson was agonisingly close to adding to the success of the team, who train at the Cally Pool in Caledonian Road, Islington. Racing in the 40-44 years age group, he was narrowly beaten into fifth place in both the 100m and 200m freestyle.