Cally go all out for river victory 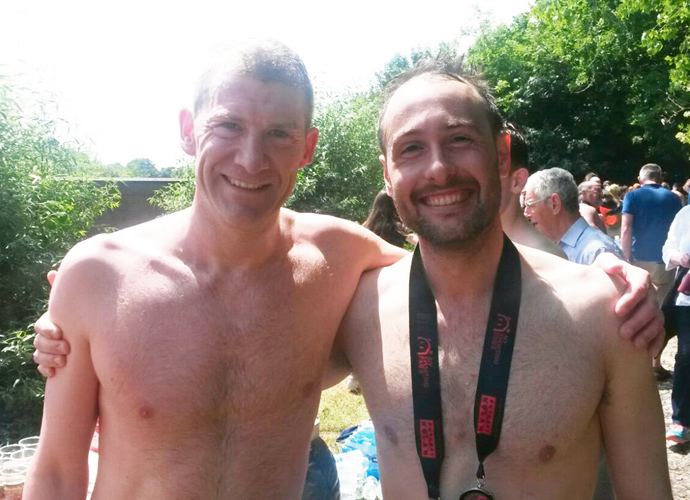 WITH summer in full swing, swimmers from Cally Masters swapped the pool for the open water as they took part in the Jubilee River swim in Berkshire over the weekend.

A total of 430 entrants signed up for the popular 10k swim which, put in perspective, is 400 lengths of the Cally Pool in Islington.

Incredibly, Cally Masters secured a one-two finish, with Lorenzo Caciagli completing the challenge in one hour and 53 minutes, crossing the finishing line just three minutes ahead of club-mate Nils Young.

Laura Coulier finished 16th overall, and was the fourth woman to complete the race, while Gary Butler came a creditable 64th, Sara Perry was 84th, Rebecca Adam was 89th, and Helen Wright was 248th. 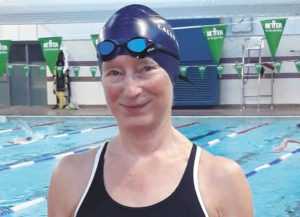 Cally’s Cath Cinnamon won all six of her races

Cally swimmer Susan Green said afterwards: “The conditions were perfect, warm and sunny with a water temperature of 17.5 degrees.

“The only hazard was the swans along the route. Swans have been known to attack passing swimmers in the breeding season. This is not something you can train for, unless Islington Council were to introduce a few swans into Cally Pool.”

In their previous pool outing, the Cally Masters were out in force at the Middlesex Masters Swimming Gala, which was held in Barnet.

Cally’s swimmer-of-the-meet was Cath Cinnamon, who struck gold in the 65-69 years age group, winning all six of her individual events and scoring a maximum 36 points for the club.

In the men’s event, Gary Butler (26 points) and Richard Whatling (25 points) were Cally’s top performers as they added 51 points between them in the 60-64 years age group.

There was also a special mention for Ingrid Hesselbo and Bethan Cash who were competing in their first gala for Cally, with Bethan winning gold in both the 50m freestyle and 50m butterfly in the 30-34 years age group.