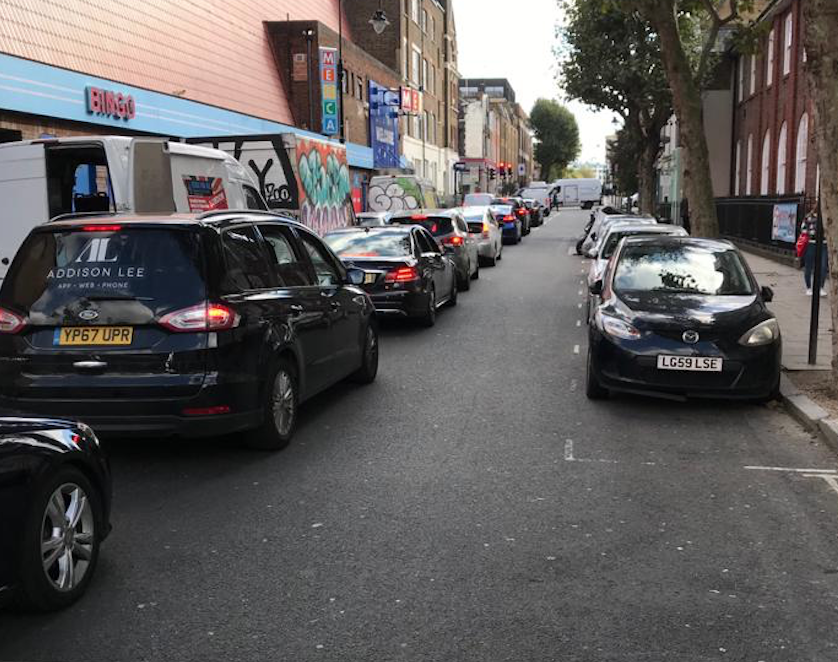 A TRAFFIC experiment in Camden Town has led to gridlock in the backstreets, opponents warned last night (Wednesday).

The council says it is looking at ways to “reduce the dominance” of cars in the area after closing off a right-hand turn from Arlington Road – which runs parallel to Camden High Street – into Jamestown Road.

Other changes that form the Arlington Road Low Traffic Neighbourhood scheme include stopping drivers from getting into Albert Street from Mornington Place, and removing access to Buck Street from Kentish Town Road.

The alterations, however, have led to claims that they have only created traffic jams around the closed-off roads. Hundreds have signed a petition calling for the scheme to be reversed, with the Town Hall being told that roads west of Parkway have become a “car park” during busier times.

William Miller, who lives in Gloucester Crescent, said: “They did this without warning, having not consulted with local residents, because if they had we would’ve told them not to do it.

“All it has done is push traffic through Arlington Road and Gloucester Crescent, making it unbearable for people living there and the air quality much worse. I think it’s turning Camden into an unbreathable borough.

“And it doesn’t solve anything. People are not going to stop using their cars right now, especially when they are being advised against using public transport. So to do this now is insane.”

The online petition, set up this week, claims the changes have led to “severe delays in the area, increased pollution, stress, choke points, and is a danger to public safety”.

Camden’s environment chief, Councillor Adam Harrison, said he “recognises there is a wide range of views” on the scheme but said it is “early days” to consider changing or removing it.

He said he had also received “messages of support from residents… including from some initial sceptics”.

Cllr Harrison added: “Our focus is on tackling local rat runs and also improving air quality. We are reducing the dominance of motor vehicles on our residential streets to make travelling locally easier, safer, healthier and more enjoyable.

“Most people in Camden do not own a car, so making it easier for them to walk safely and feel confident enough to take up cycling means we are rededicating our public space to residents’ needs.”

The council said feedback can be communicated through its “Commonplace” online platform.