IOPC hand case back to the Met to investigate 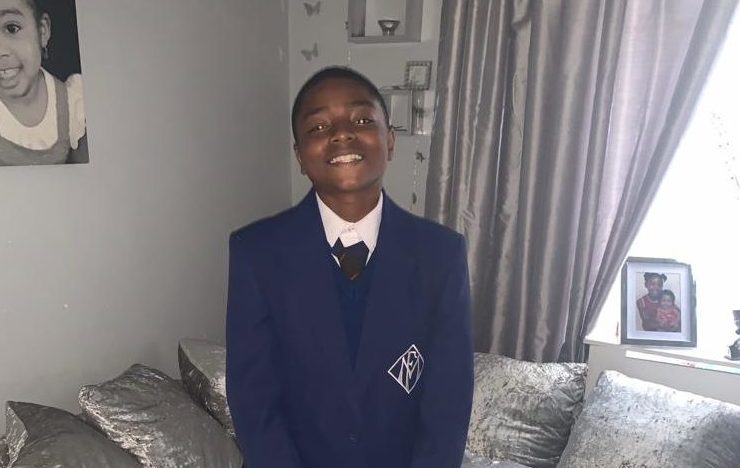 THE mother of a 12-year-old boy arrested by armed police at his Somers Town home has called for police to release the bodycam video of the incident.

Mina Agyepong’s home in Medburn Street was raided by firearms offices after someone reported seeing a “black male with a gun” through the window. Her son Kai, wearing his pyjamas, was ordered onto the floor and then kept in handcuffs in the back of a police car.

But later he was dearrested when search of the house only found a toy BB gun.

Lawyers representing Ms Agyepong, 42, have requested a copy of the video but so far they have not been allowed one.

She said: “I’d be totally fine with them releasing it, nothing I’ve said didn’t happen. Obviously the public should be able to see what happened.”

The New Journal’s original story sparked national debates on the arrest of the young black boy against the backdrop of the Black Lives Matter protests, the scale of the police response and also the use of BB guns for play.

The family say they were traumatised by last month’s ordeal – Kai’s mother and older sisters were made to stand in the street late at night during a search of their home. In the following days, a formal complaint was filed.

“I expect the police to defend their officers, it may be that they can’t understand what it’s like to be in the position we were in,” she said. “The footage will show how highly charged the situation was. We didn’t know in that moment if we would be killed. But, it is the case there are differing views on what happened so I think let’s just see it then.”

Ian Gould, from DDP Solicitors, who is representing the family said: “At the end of the day, if the family have given their consent – which they have – there’s no reason why they [the police] shouldn’t disclose the footage.” 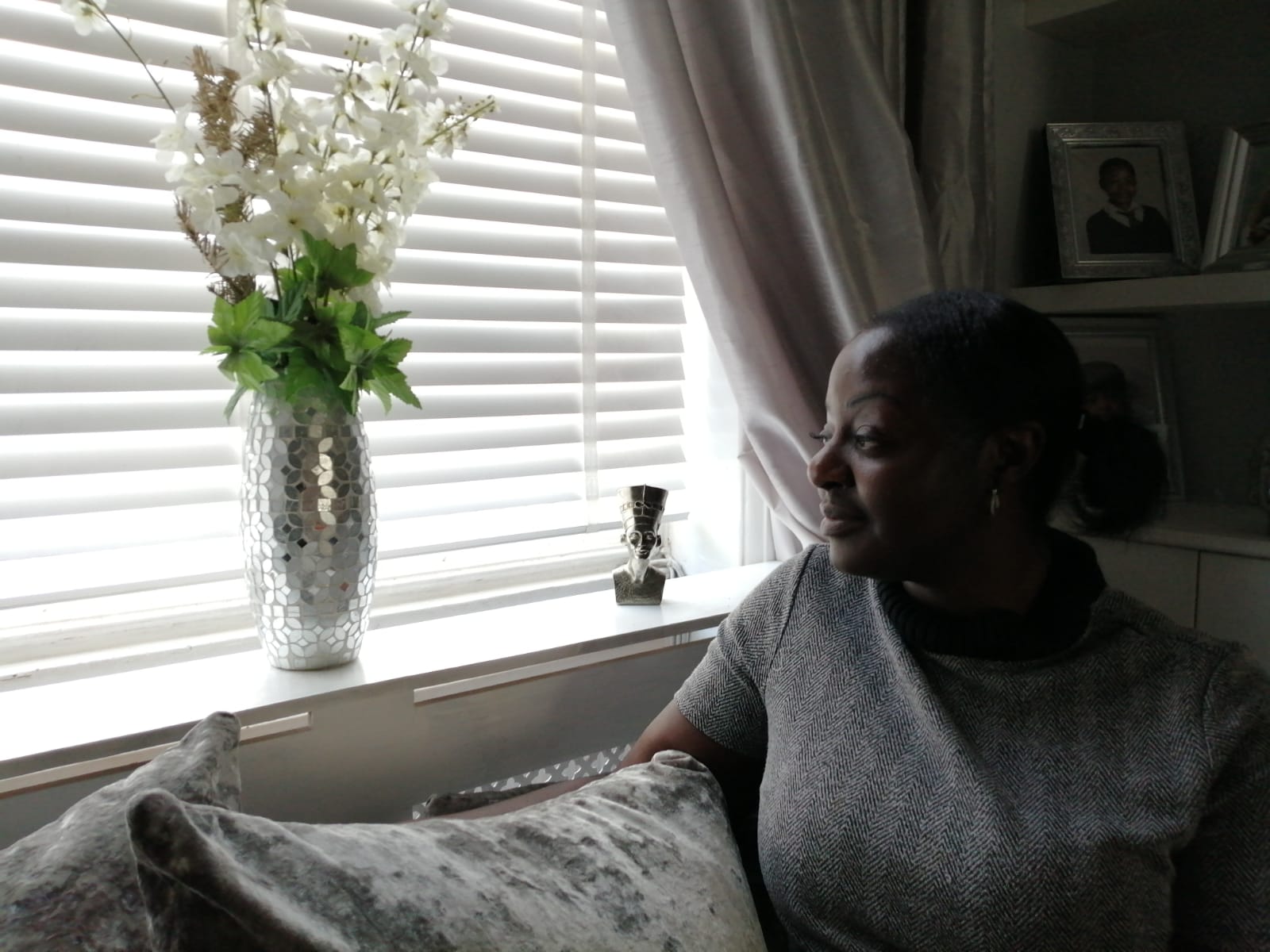 Mina Agyepong at her home in Somers Town

Both the Met’s firearms commander Kyle Gordon and Camden borough police commander Raj Kohli say they have already seen the video from the officers’ bodycams. Commander Gordon said he was “content from what I have seen that the officers were professional throughout and took time to explain to the residents what was happening and why.”

Mr Gould has questioned why the Independent Office for Police Complaints (IOPC) case has already been sent back to Met Police for it to be dealt with internally.

He said: “The IOPC has come back and said it should be dealt with locally. First of all, this is a case that’s reached wider public attention therefore an investigation should be held by the IOPC. And in light of comments made by the firearms commander Kyle Gordon it appears the Met have prejudged the outcome of this complaint and therefore it should be assessed by an independent body.”

Council leader Councillor Georgia Gould is among those who have called for the incident to be looked at independently.

A Met Police spokesperson said: “As there is an ongoing investigation into this matter it would not be appropriate to put the footage into the public domain at this juncture. “It will be fully taken into consideration as part of the ongoing inquiry.”

CAMDEN’S most senior police officer was not told about the armed arrest of Kai Agyepong until five days afterwards, while some local councillors only learned of the incident after the New Journal’s first story.

Borough commander Chief Superintendant Raj Kohli found out about what happened on the same day we asked the Met Police for comment. But he said this delay did not raise concerns because he has seen the body-worn camera footage and understands why it was not flagged up for his attention.

He said: “Actually it was so low key I wouldn’t have expected a message. Hindsight is a wonderful thing and if my officers had known it would have become a national story I’m sure they would’ve told me.”

The arrest was carried out by C019 gun squad officers and not by officers under his direct control. “It would not be for CO19 to alert me of such an incident,” he said. It is understood that several councillors at the Town Hall were left surprised that what turned out to be a high profile incident had not been relayed to them earlier.

The arrest may yet be the subject of discussion at future council scrutiny meetings which Ch Supt Kohli regularly attends to field questions from local politicians on a wide range of policing matters affecting the borough.

Camden Council leader Councillor Georgia Gould said last week: “A 12-year-old child playing in his house with his family should never have had to go through this trauma and distress.” 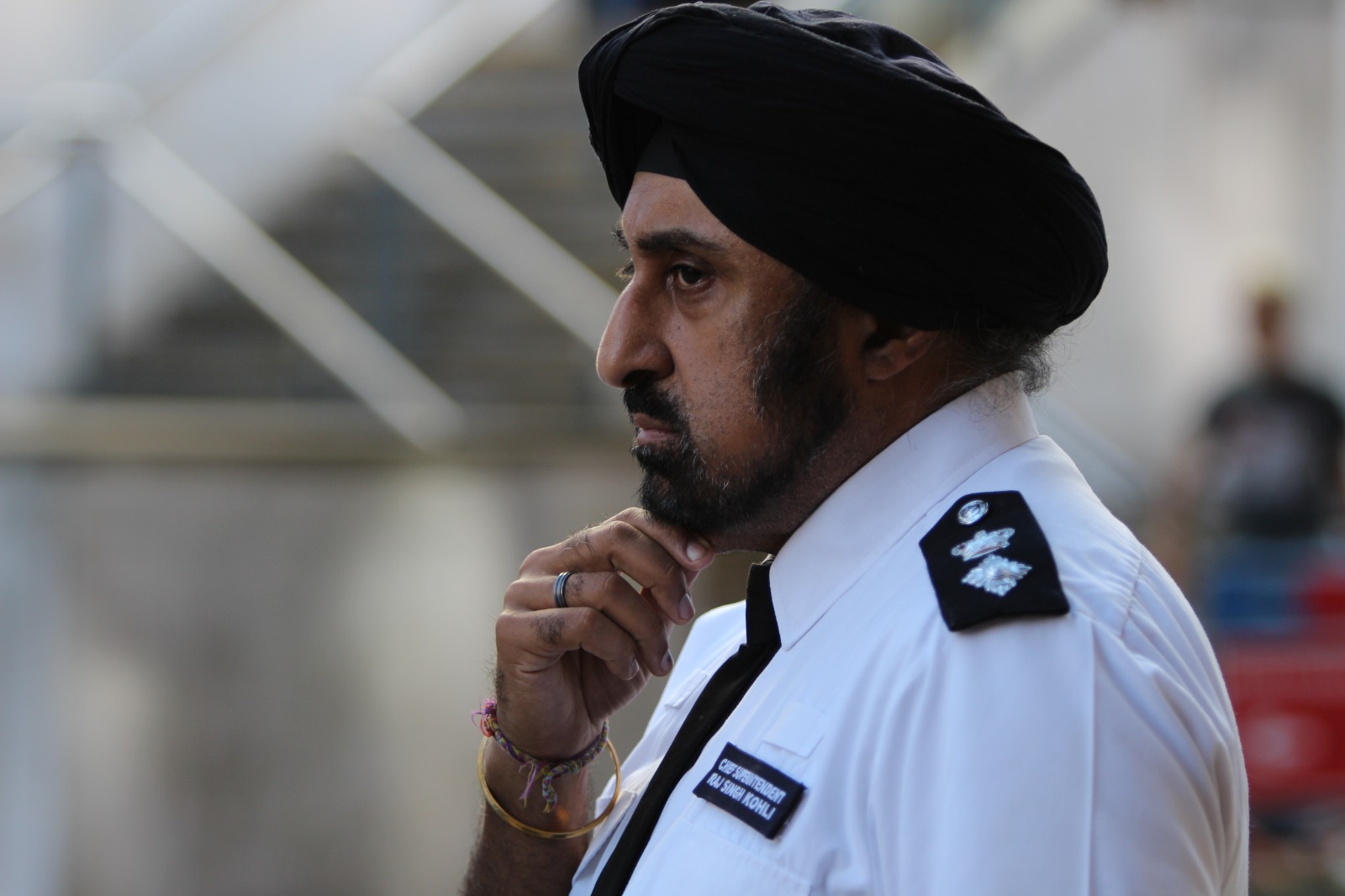 The case – and the reaction to it – has prompted Camden’s police to make changes to their procedures. Camden Council will now be notified of any incident which involves officers using road closures.

“We have agreed now that the moment closures or blocks are put in place a partner message will go out straight away,” Ch Supt Kohli said. “That means that partners will be told even in an incident such as car breaking down and oil spilling on the carriageway which would require police to put cordons around it.” Ch Supt Kohli said his first action upon being made aware of the incident was to contact the council in the hope that Kai would be offered support.

A Camden Council spokesperson said: “It’s really unfortunate that a child and his family has experienced this. When a family has been through a traumatic experience their well-being is our priority and we will offer our support and access to services if needed, as we have done in this case.”

Ch Supt Kohli said last week: “I reviewed the footage and it was done very, very calmly. But as a parent myself, I really feel for the mum and I would be mortified if my son was handcuffed and accused of having a firearm. I really feel for her, but I feel for my officers too, officers that entered a house believing there was a gun in there.”

Who were the gun squad at the door?

The Met’s firearms division – CO19 or Specialist Firearms Command – is a centralised team that provides response to any incidents throughout London thought to need firearms capability.

CO19 teams are stationed in key locations around the capital 24 hours a day and can respond to any suspicious activity they spot.

But, more regularly they are deployed to incidents to assist police officers who are not armed. If a 999 call includes a report of a firearm operators will notify CO19 at the same time they notify local police units.

If not called initially, police units can also call CO19 to assist them if needed. To members of the public they will look like normal police officers and will be out on patrol in BMW police vehicles as the rest of the force.

As well as guns, they also carry Tasers and wear body armour and have access to helmets with visors.

Therefore, they can sometimes be deployed to serious incidents where there is a weapon that is not a firearm involved.