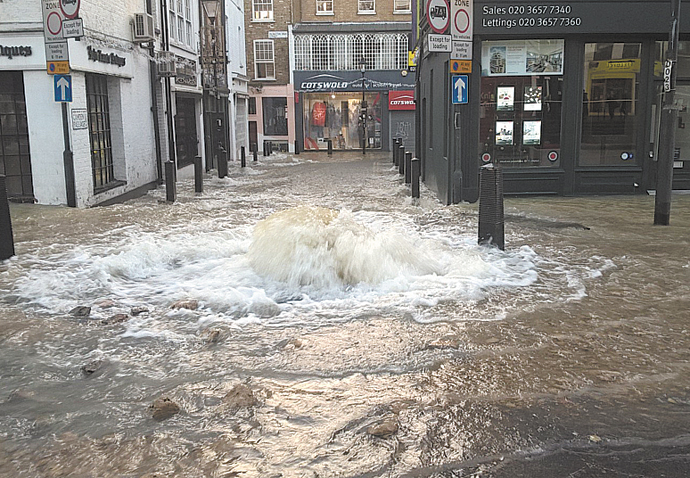 Flooding in Camden Passage in December 2016

VICTIMS of the devastating Angel flood have called on Thames Water and the Town Hall to stop withholding details of the location of at risk “trunk” mains pipe running through Islington.

Dozens of residents had to move out of their homes – some for more than a year – following the flooding in Upper Street in December, 2016. Homes, shops and galleries were damaged. Of 139 insurance claims, 37 are still outstanding two years on.

Jackie Monte-Colombo, 65, whose bedroom in Devonia Road was submerged by water, said: “People need to know where the trunk mains are to see if they are at risk. People need to make sure they are safe.”

A report, heard by Islington Council’s policy and performance scrutiny committee yesterday (Thursday), said Thames Water had revealed the location of the borough’s trunk mains and valves to Town Hall officials under a “mutual confidential agreement”.

The report said the location of the pipes and information about the  “likelihood and impact of failures” could not be made public for “security reasons”.

Councillor Paul Convery, whose ward was flooded this week, said: “I do trust professionals, but I think that shining a spotlight of open access information is far healthier than having all of this info about risk and vulnerability kept secret.” 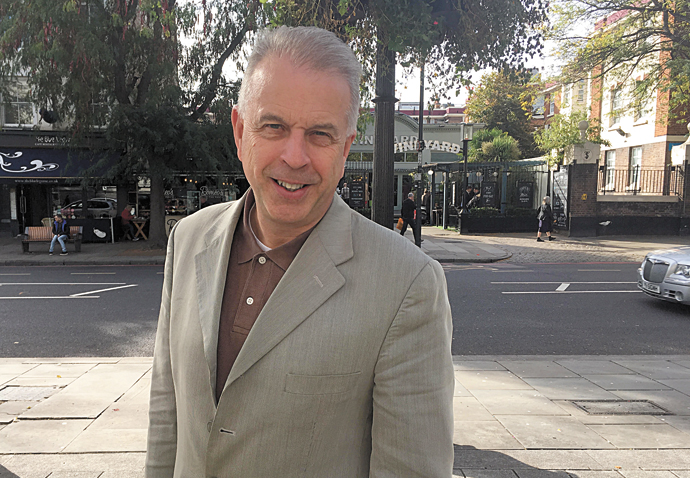 Thames Water, which was told to beef up its emergency response after the pipe burst in 2016, said it was improving monitoring technology.

Jo Willett, a resident in Devonia Road, wants a permanent upgrade for the Victorian pipe system, adding: “But they are adamant it can’t be done. Their being so determined it’s impossible is what has led me to feel that victims need far greater protection once they are flooded – better compensation and better treatment.”

A Thames Water statement said: “Our vast network is buried deep underground, with many pipes more than 100 years old, which means it can be difficult to monitor them all. By 2025, we plan to have 25 per cent of our trunk mains monitored, which is the equivalent of 800km or enough to go around the M25 more than four times. We also have an extensive mains replacement programme, targeting those most at risk of failing, and have replaced around a third of Islington’s pipes since 2000.”

An Islington Council spokesman said: “The strategic review is part of our ongoing work with Thames Water, initiated after the water main burst in Angel in 2016. Confidentiality agreements are not unusual when dealing with public infrastructure for the security reasons outlined in the report.

“This particular agreement is being put into place to improve our understanding of the Thames Water system within in the borough and assist collaborative working – for example, to assist with streetworks and any other below- ground building or repair works undertaken by the council.”