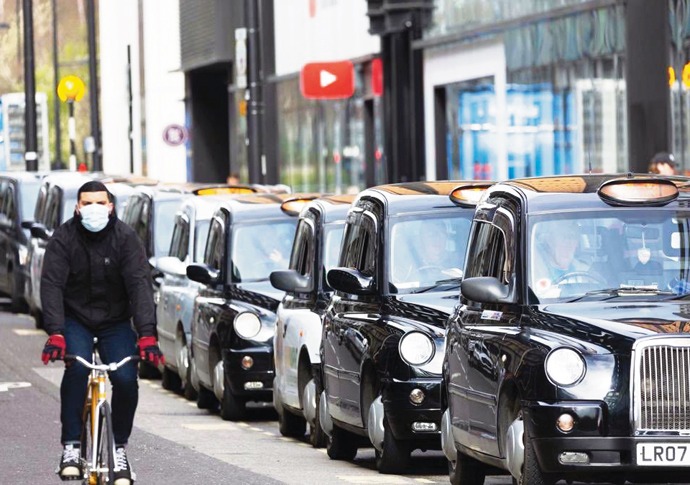 BLACK cab drivers boiling with rage over the queuing system around King’s Cross station have been urged to keep their cool during the wait for fares.

Reps are trying to convince Camden Council to allow a feeder rank to be marked out to help waiting drivers. Cabbies are trying to reach the main rank from both Camley Street and Goodways, sparking rows over whose turn it is.

Writing in his column in TAXI, Anthony Street, executive support officer for the Licensed Taxi Drivers’ Association, said: “The unofficial queuing arrangements at King’s Cross are causing arguments between drivers, with tempers running high and all in front of potential clients. With them seeing and hearing the aggression, maybe it’s making them think twice about using our service?”

“I have been a cab driver for over 20 years and have always used, from day one, our cab drivers’ etiquette: helping passengers, never purposely nicking a fare from a fellow driver etc. Please don’t forget we are all on the same side.”

A feeder rank in Camley Street would be fairer as drivers tried to meet the demand at the station, said Mr Street, but the idea had been “point blank refused” by Camden. Labour environment chief, Councillor Adam Harrison, said the suggestion was “not a safe or practical solution”.

He said: “The council’s investigation into a possible rank on Camley Street showed that there is a risk to all road users from taxis turning onto this street as well as blocking the junction and holding up other traffic.”

Cllr Harrison warned there could be “head-on collisions” involving cyclists and traffic as they overtake waiting cabs.