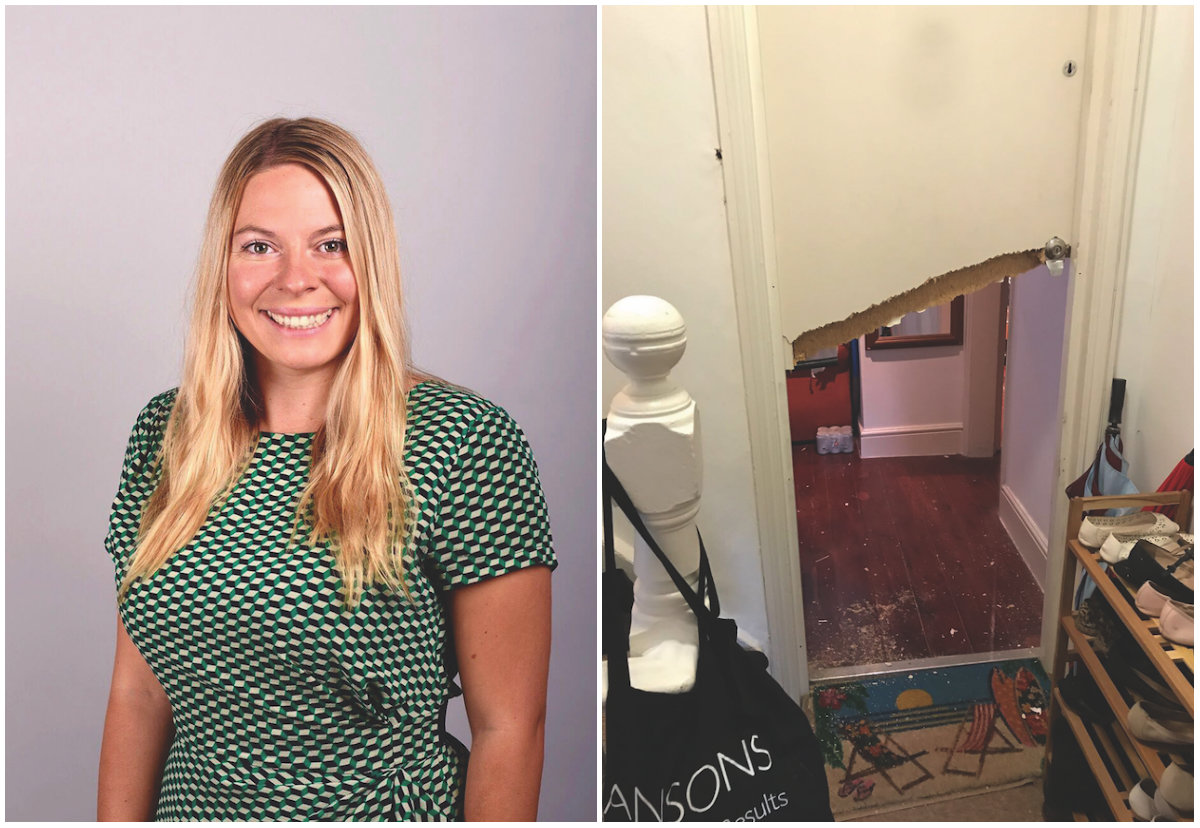 Cllr Lorna Russell and the photo of her busted front door

A DOOR smashed into pieces by thieves. This was the disturbing scene that greeted a Camden councillor when she returned home from work to find she had been the victim of a break-in.

Lorna Russell had been in the process of helping to set up a Neighbourhood Watch scheme in West Hampstead when she herself was burgled last Tuesday. She now hopes the image of her busted front door will convince people to protect themselves and their belongings amid concerns crime is on the rise. Police confirmed they were investigating a burglary at flats in Fordwych Road, but no arrests have been made.

It is believed the thief or thieves kicked through the door below the lock to create the opening Cllr Russell, a Labour councillor who represents the Fortune Green ward at the Town Hall, lost a laptop, a Fitbit, some jewellery, a pair of trainers and some chocolate  after thieves ransacked through her belongings. She now has a replacement front door installed, fortified with new locks, but wants to warn others of the risk. 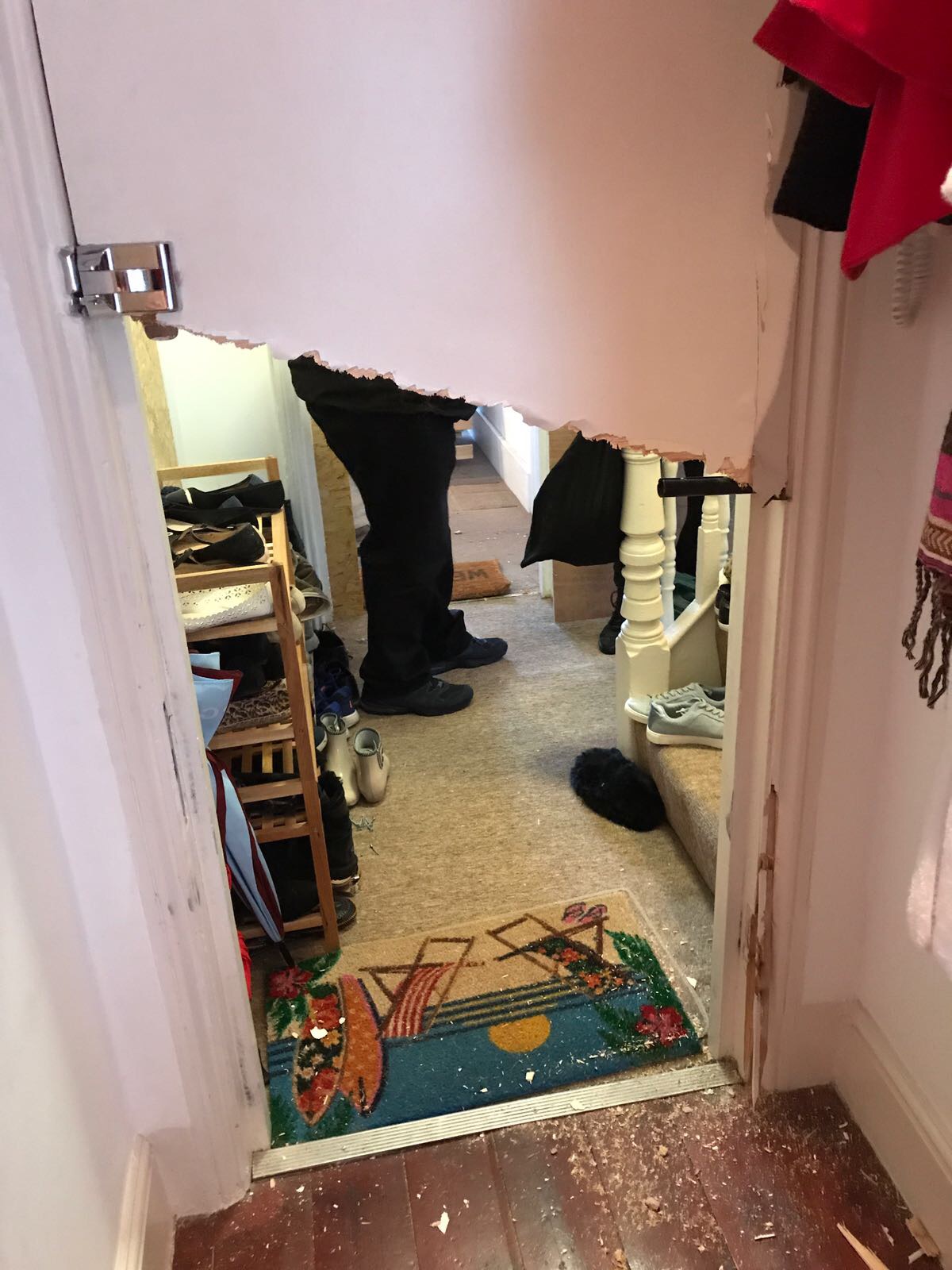 “The increase in crime in Camden, and indeed across the UK, is real,” said Cllr Russell. “In recent weeks a number of residents have approached me concerned about an increase in moped crime, drug dealing and anti-social behaviour in the area, and I have been working with them and the police to address these issues and set up local Neighbourhood Watch schemes. Since then I have experienced firsthand the rise of such crime: last week I became a victim myself of a serious burglary and earlier in the summer I had my phone snatched out of my hands.”

She added: “Absolutely anyone can be a victim of a crime. I would urge all residents to stay vigilant, ensure your home is secure and insured, and report everything suspicious to the police, and I hope that the police continue to take all reports and concerns about crime seriously.”

A police spokesman said that a similar burglary had taken place at an adjacent address, adding: “There have been no arrests. Any information about these burglaries, call Camden police on 101, or Crimestoppers anonymously on 0800 555 111 or tweet @MetCC.”