Promise to create 'new neighbourhood that benefits all' 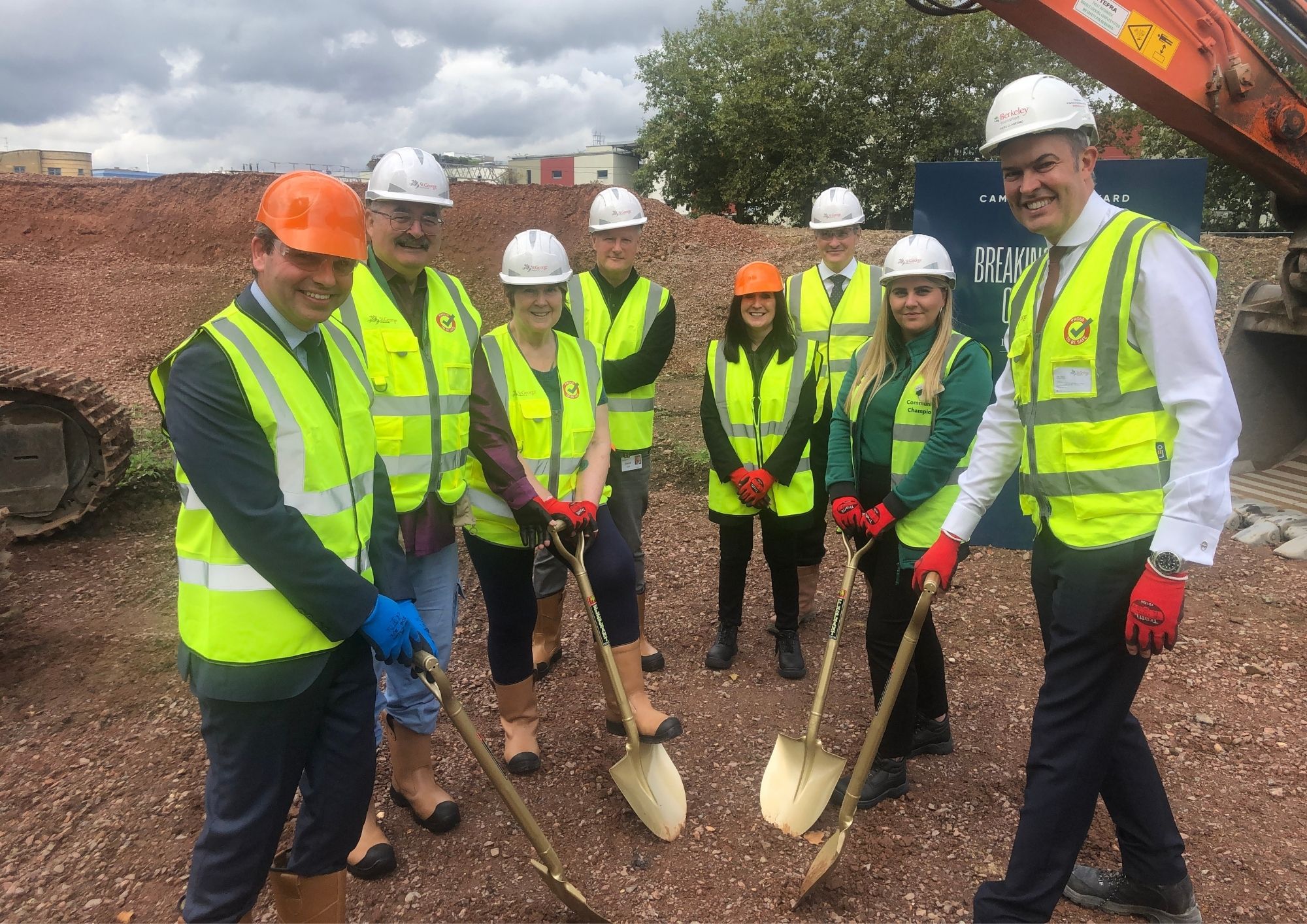 Councillors Richard Cotton and Pat Callaghan help St George, Berkeley and Morrisons get the spades out

ONE of the borough’s biggest construction projects formally got under way on Friday as the first clod of earth was dug out at the site of a new neighbourhood in Chalk Farm.

Demolition of a 1980s-built Morrisons supermarket on land known as the Camden Goods Yard has now been completed – and directors of Morrisons and developers St George and Berkeley visited the eight-acre site to mark the moment that the job switched from knocking down walls to laying the foundations.

The project, which should be finished by 2027, includes 644 homes, as well as offices, studios, shops, cafés, public spaces and a rooftop farm.

St George managing director Piers Clanford said he and his colleagues were excited to have the opportunity to work on such a large site in Camden Town.

He said: “We have the opportunity to create something special. This is a real mixed development with something for everybody. It’s not just about homes, or a new Morrisons store – it is also about community benefits. Affordable workspaces, an urban farm – it will generate a huge amount of jobs.”

Berkeley Group chief executive Rob Perrins added they had worked hard to design a space that opened up access to an area which had previously been under-used.

He said: “This is about creating a new neighbourhood that benefits all of Camden.”

And Morrisons chief executive David Potts added: “We’ve been working hard over the last three years to get to this point. “It feels pivotal to be breaking the ground.

“We hope that the regeneration of this brownfield area will create a positive extension to the already vibrant Camden community.”