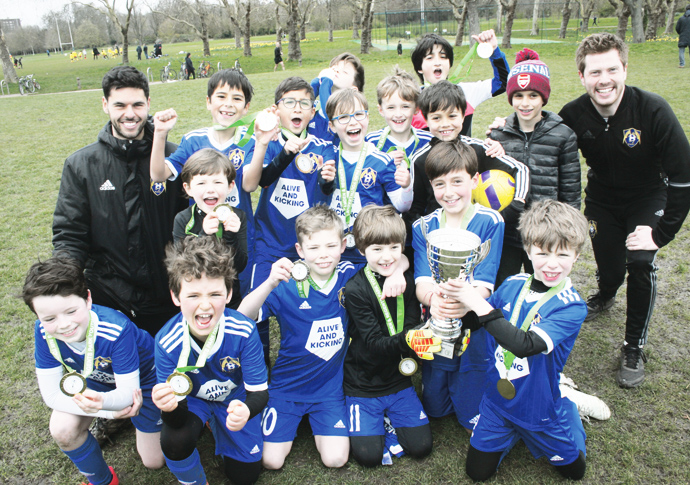 THERE is little that brothers Ryan and Daryl Moore don’t know about grassroots football.

Growing up, the duo from Kentish Town would often feature in the New Journal’s sports pages as they won silverware with Hampstead Football Club. They also both got a taste of the professional game, with Ryan playing at youth level for Newcastle United and Oxford United, while Daryl represented Charlton Athletic and Queens Park Rangers.

The game is so embedded in them that there was little surprise when they both returned to set up their own youth football clubs. In 2008 Daryl breathed fire into Daryl’s Dragons FC, and two years later Ryan followed suit by creating Honest Sausage FC.

The two teams have done battle ever since with Ryan and Daryl proving just as successful as managers as they were as players. Just last season there was more glory for both clubs, with Daryl’s Dragons beating Totally Goal 4-2 on penalties to win the Camden and Regent’s Park Youth League Under-9s Challenge Cup, while Honest Sausage FC were also going wild in celebration after netting a 1-0 victory over Soccerskills Academy in their Under-10s Challenge Cup final. 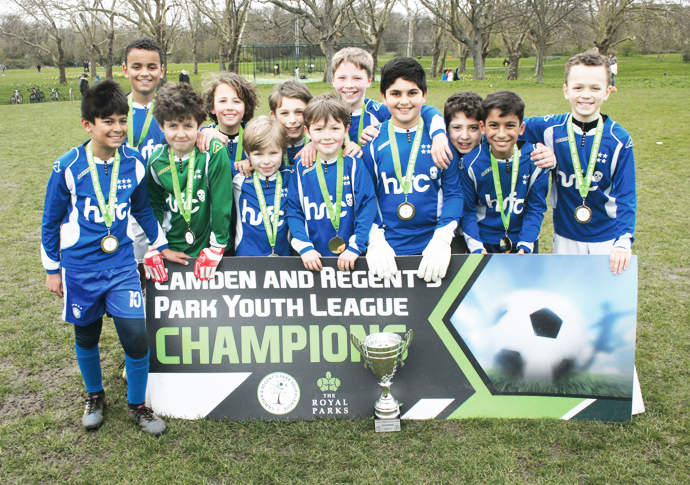 Honest Sausage were led to cup glory by Ryan Moore

Now, however, it has been revealed that it was the last season the brothers were going to face each other on the sidelines – instead opting to stand together in a united front. They have merged their outfits together to form a new club, United Dragons FC.

Ryan, 31, who has spent time coaching in the USA and working with Championship club Fulham, said: “The journey for Daryl and I has really come full circle. We once stood on the sideline of each other’s games as children trying to encourage the other.

“We are now standing together on the sidelines encouraging the next generation of footballers. It has been a great journey and we are excited to meet up with the squads in September.” 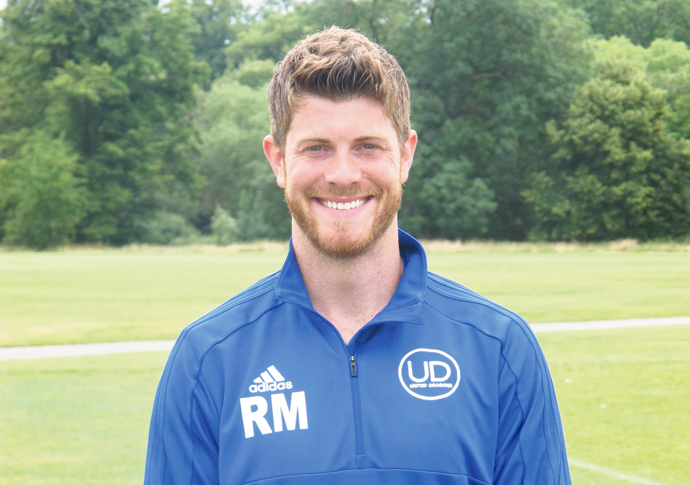 Daryl, 27, added: “The current feeling at the club is one of such positivity. I’m thrilled to have Ryan and his Fulham FC colleague Chris Smith sharing their knowledge on the sidelines.

“To think, 11 years ago we only had 11 children, now we have sessions across the week for so many boys and girls.

“We will strive to give all of our players a good mix of fun, social and engaging sessions, whilst also challenging them with technical and high-tempo football.”

To find out all about the ongoing sessions that United Dragons will be hosting every week, and in which areas, visit www.uniteddragonsfc.com. The club is also looking for new coaches. Email Ryan on ryan@uniteddragonsfc.com for details.