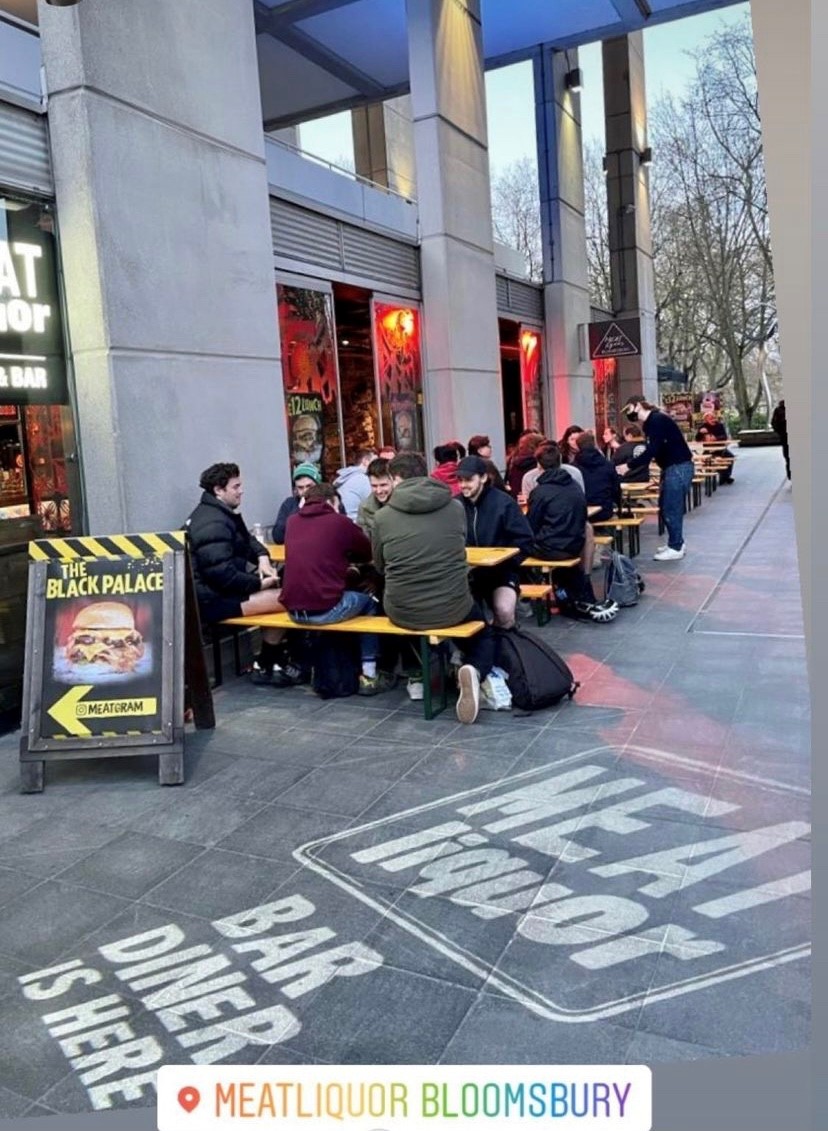 MeatLiquor is drawing in outdoor diners after coronavirus rules were relaxed

ONE of the food industry’s most respected restauranteurs has opened a new branch of his hit burger outlets an the Brunswick Centre – and believes its iconic courtyard has developed a ‘European vibe’ for outdoor eating.

Scott Collins, one of the co-founders of MeatLiquor, which now has 150 tables available at the shopping centre, said all operators were waiting to see how the next few months pan out, but he was not deterred about starting up a new site in the middle of the pandemic.

“We got pointed in the direction of Lazari Investments who owned the Brunswick Centre and the landlord himself, ‘Len’, who’s incredibly fond of the place,” said Mr Collins.

“His family bought it four or five years ago. He did us a great deal and he’s been brilliant since – and I think already we’re helping to put the centre on the map.” He added: “They own the whole thing, so they are not beholden to the council. It’s not like trying to get a pavement licence

“So we divvied up our outside area and they said ‘right, you can have outdoor chairs here, here and here’. It’s a great vibe. “I was there over the weekend. It just feels very European.”

A large share of the tables are being kept for ‘walk-ins’ so not everybody has to scramble through a reservation system. Mr Collins, who was a judge on the BBC series Million Pound Menu, where budding operators looked to take the next step with their pop-up street food business ideas, said: “We’re not going to know for a couple of months how things will turn out – and no one I know in the industry is taking anything lightly. Last week was good, there was money in the tills. If it rains for two weeks flat, we’re all stuck again.”

MeatLiquor began with a pop-up stand in a car park in Peckham but Mr Collins helped grow the business over 10 years to 11 branches.

“It’s still burgers and cocktails but I think we do it by putting a lot of time and effort into those two things, not to mention service and everything else,” he added. “We’ve had a couple of sites which didn’t quite work but everyone makes mistakes and it looks like the Brunswick was one of the better choices we’ve made.”

Million Pound Menu was replayed on Netflix last year. Mr Collins said: “Everybody hoovered up everything on Netflix once lockdown began so people started asking me about it a lot – but I’m always happy to give advice, say what might work and what you are better off not doing.”