A unique tour of the British Museum aims to highlight pillaged treasures and cultures. Dan Carrier talks to artist and activist Zita Holbourne, one of the speakers at the unofficial event, who explores the links with colonialism, climate change, racism and migrant workers 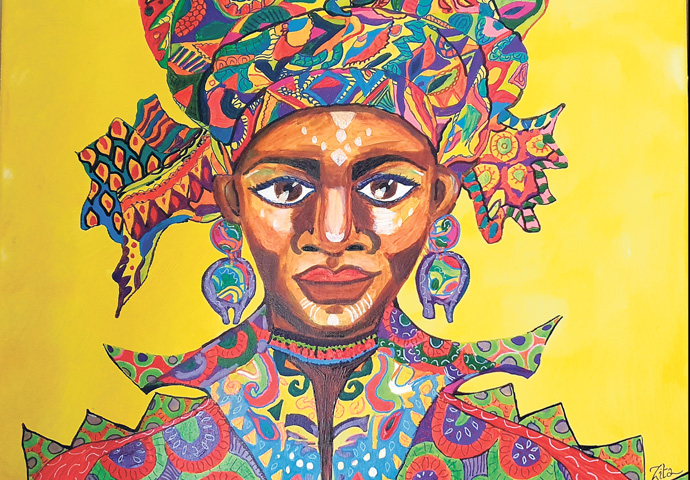 A STASH of priceless treasures, many of which were stolen or taken by fraudulent means, are contained in a Bloomsbury building. The whereabouts of this haul is well known, as are the culprits and the rightful owners.
This den of antiquities is known as the British Museum – and on August 14, the institute is facing a flash mob-style protest.

Organised by performance campaign group To BP Or Not to BP?, unofficial guides will lead visitors through the collections – and point out some of the dodgy pasts behind them.

Art experts and culture workers from Nigeria, Iran, Egypt, the Caribbean and Greece will reveal the connections between the legacy of the British Empire, the ongoing battle to return stolen artefacts to their places of origin and the museum’s continuing sponsorship by fossil fuel firm BP.

Among those speaking on an unofficial tour is artist and activist Zita Holbourne. Zita is the joint national chair of Artists’ Union England and the national vice president of the PCS Union, which represents museum and gallery workers. She highlights a link between the museum’s treasures, their financial relationship with BP, and how staff working in the cultural sector in the UK today are treated. 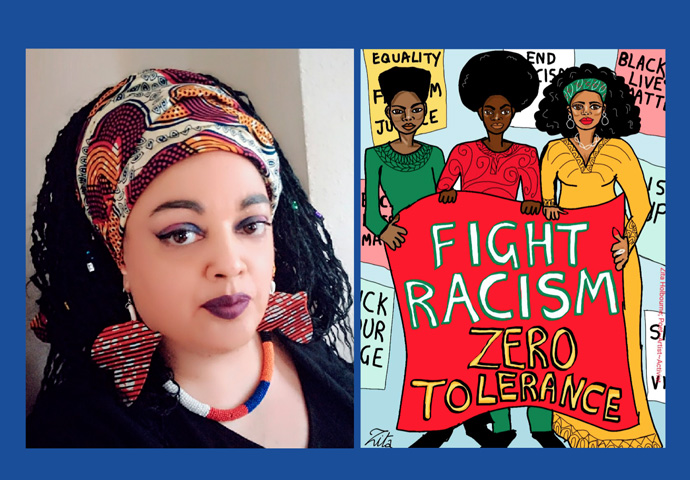 Zita Holbourne, and one of her artworks

“My talk on the tour will be mostly about people, the human impacts,” she told Review. “I will be making the links between colonialism, climate change, racism and migrant workers. The British Museum treasures pillaged artefacts. It does not appear to treasure many of its employees who, as migrants, may had arrived here in order to flee the legacies of colonialism, the impacts of climate change and yet are underpaid, precarious outsourced workers with the worse terms and conditions and face institutional racism.

“The British government uses language to demonise and dehumanise these people with no regard for how Britain’s past atrocities – and carbon pollution – have created the conditions that forced them to leave their homes.

“The British establishment, including British Museum management, then seem happy to exploit those people as workers to benefit Britain’s economy, society and culture.”

And that the museum continues to take money from a firm accused of contributing to the climate crisis adds a sense of disrespect, she says.

“Carbon pollution and the actions of BP contributes on a massive scale to climate change,” said Zita. “This leads to displacement of those in the global south who are often the same people who were subjected to the British Empire and colonial rule.”

For Zita to make a political point in a place seen as a depository for human artistic endeavours links in with her work, which spans art, poetry and music. Her father worked as textile and fashion designer as well as art school lecturer and lived in a number of countries in Africa and Asia as well as London. Zita was brought up in a politicised and artistic atmosphere.

“My parents participated in the boycott campaign against apartheid and were members of the Labour Party,” she says. “We have a descendant in the Caribbean was a political leader, so politics, campaigning and standing up for rights was instilled in me from an early age.” Her work reflects this.

“As a multi-disciplinary artist, I am inspired by an array of things – justice, documenting struggle, campaigns, and also studying roots, cultural, identity and history.”

Her art provides a platform for her to provoke thought and discussion – as do the pieces held in the museum.
“A reason we experience racism is directly linked to the legacies of colonialism and enslavement. Until those legacies go, institutional racism will remain,” she adds.

“Being surrounded by those legacies, such as statues glorifying the enslavement and murder of millions of African people, adds to our collective trauma but also serves as a symbol that we are still not seen as of equal value.” 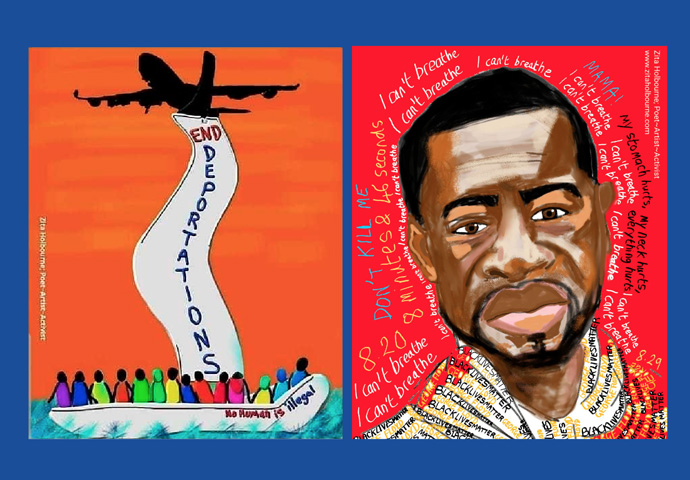 Zita, along with other speakers, say the museum should be open to interpreting its past in a new way and accepting the blatant fact that they are holding items taken under duress. This includes such pieces as the so-called Elgin Marbles stolen from Greece by Lord Elgin, and the Benin Bronzes.

The museum bought hundreds of these antique pieces of metal sculpture from colonial soldiers: they had looted the works in the 1890s during a vicious attack that killed thousands and saw the British take control of the state of Benin. Speaking on the day about the Benin Bronzes is African Foundation for Development chairman Onyekachi Wambu.

“This disobedient tour is throwing light on stolen cultural artefacts, many of which were taken in violent and brutal circumstances,” he said. “Thousands were killed during the Benin punitive expedition. As we marvel at these beautiful objects we should always remember the victims and the hole that has been left in those cultures. Their descendants are asking to be reunited with vital parts of their culture and heritage.”

And Zita says while there has not yet been restitution for these crimes, recent events show the amount of work still to do.

“Cultural institutions were fast to want to jump on Black Lives Matter as a hashtag,” says Zita. “They want to declare their anti-racism credentials, but in a tokenistic way devoid of meaning, engagement with those impacted, and with no effort to put their own house in order.”

The museum would not be drawn on the specifics of the protest, but a spokesman said: “The British Museum respects other people’s right to express their views, and allows peaceful protest onsite as long as there is no risk to the museum’s collection, staff or visitors.”