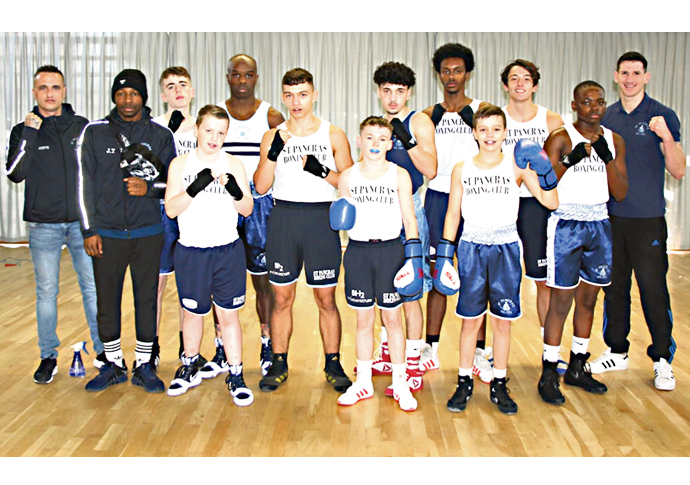 The St Pancras ABC team that recently competed in Aix-en-Provence, in the South of France

A SLEEPING giant has awoken from a slumber with St Pancras ABC starting to pack a real punch again on the amateur boxing scene.

After a few quiet seasons, boxers form the club in Talacre Road, Kentish Town, are now featuring on more and more shows both at home and abroad.

On Friday, Luke Williams, Ryan Mulvihill and James O’Leary all appeared on Dagenham ABC’s open show, which was held at the Roundhouse in east London.

Williams wasted little time making his mark as he stopped Small Holding ABC’s JJ Tingley in the second round of their 41kg contest – the referee waving off the bout after two mandatory eight counts. Competing at 35kg, Mulvihill also put in a strong showing as he gained a unanimous win over home boxer Frankie Toms.

The Saints were denied a hat-trick of wins, however, as O’Leary lost via a split decision in his 47kg bout against Connor Pleasant from Smokey’s Boxing Academy. 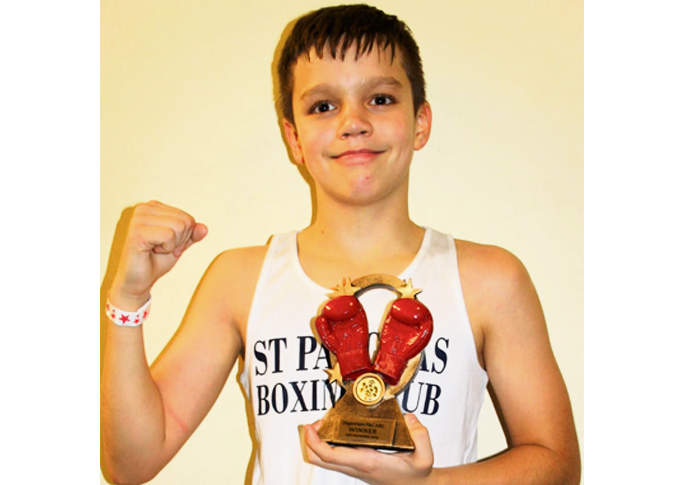 St Pancras head coach CJ Hussein said: “Personally, I thought James did enough to win the bout – his opponent threw a lot of punches but I thought James landed the bigger shots. But overall I haven’t got any complaints. It was a great show.”

The Saints squad had gone into the show full of confidence following “a terrific trip on the road”, added CJ. They had not long returned from the south of France after being invited by Boxing Club Larbi Mohammedi to take part in a show in Aix-en-Provence.

But St Pancras didn’t have it all their own way, with O’Leary, Owen Marqueiro and Adam Zeroual all narrowly losing their respective bouts.

CJ added: “It was such a fantastic trip. All the boys absolutely loved it. They loved the city so much that we’ve already agreed to go back again next summer.

“I want to thank our hosts for making us feel so welcome, and I really want to thank the schools who supported giving some of our boxers permission to take part in what was such a special experience.”