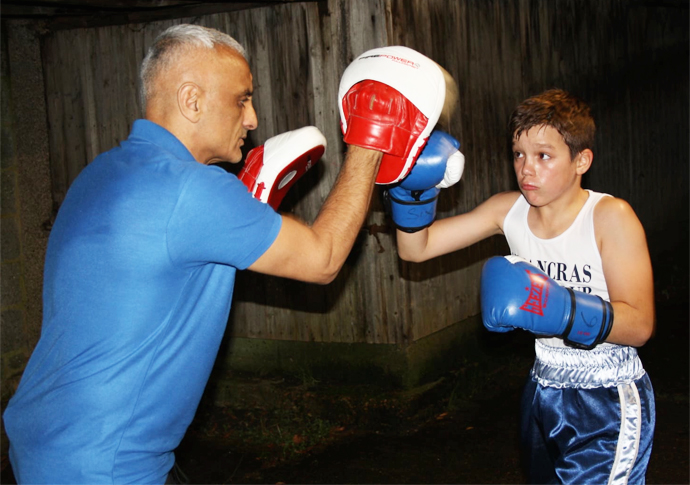 HE might have just one bout under his belt, but in Luke Williams coaches from St Pancras Boxing Club are confident they have unearthed “a natural talent”.

Luke outpointed Michael O’Donnell from Hooks ABC over three 90-second rounds in his first competitive contest. The 12-year-old of Maitland Park has, however, also caught the eye in a series of skills bouts.

“Luke is one of those natural talents that don’t walk into a gym very often,” said St Pancras head coach CJ Hussein. “He was in action twice in two days over the weekend, appearing in skill bouts at Guildford City Boxing Club on Friday and Harrow ABC on Saturday.

“They are designed to help young boxers gain confidence in the ring, so there’s no result as such, but if there had been I’m confident Luke would have won both of them.”

Luke joined the Saints just six months ago and has been included in their squad invited by Boxing Club Larbi Mohammedi to a show in the south of France next month.

CJ added: “Luke showed up at the gym wanting to try out boxing and had a great spring in his step. He trains hard, attending the gym five days a week and training for four hours a day. He is a talented young boy with great potential.”