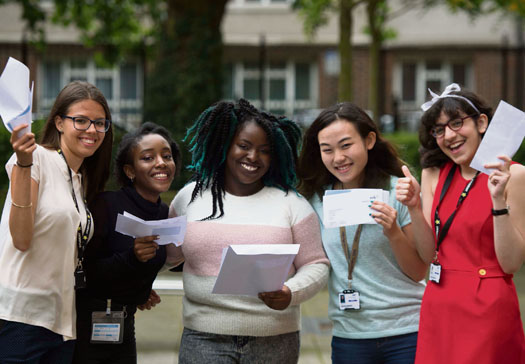 • I WRITE to say a public well done and thank you to all the Camden sixth form students and teachers who contributed to last week’s results.

I spent the morning surrounded by young people who shared a very strong set of results right across Camden’s secondary schools.

This year half of A-level entries in Camden were a grade higher than they were in 2016 and the borough’s pass rate of 98.1 per cent was comfortably above the national average. This represents a sustained improvement in the quality of sixth form education in our schools. No school has an average grade less than C and some rival the best in the country.

These improvements are made possible by the approach that Camden schools take in improving through collaboration rather than by competition.

Camden teachers regularly compare their assessments of pupils’ work in order to benchmark judgments and share approaches to improving learning further, secure in the knowledge that their judgments are consistent and accurate. This beats the regime of endless testing advocated by Calvin Robinson (Borough’s secondaries lagging behind, August 17).

In every school there were inspiring stories of individual success and achievement. These are not only for middle class children.

Children from disadvantaged households do better in Camden secondary and primary schools than their peers do nationally. Camden’s schools also invest in helping students aspire to and to reach the right destination for them, be it further study at university, or a work-based or other learning pathway.

These results are even more pleasing given that they represent the first of the new “linear” A-levels, assessed solely by exams at the end of the two-year courses. This is a time of unprecedented change to our examination system so I would like to wish luck to all students with the results of their new-style GCSEs.