Bonding over birds in Murmuration 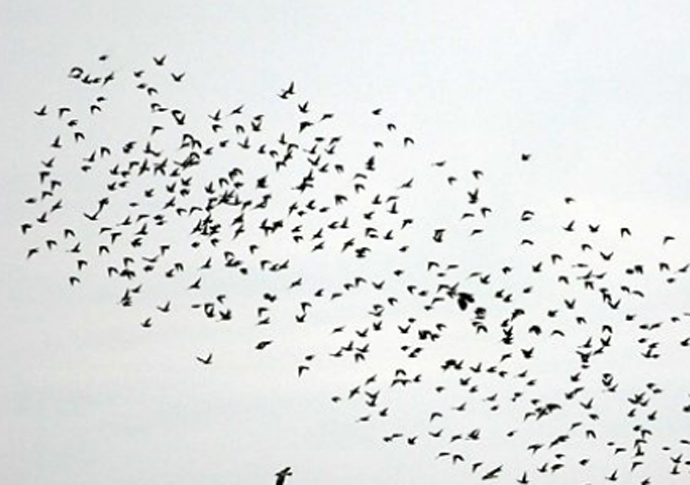 CHRISTINE Entwisle’s illuminating drama Murmuration is about a man learning to live with the voices in his head.

Barnaby (Christopher Eccleston) wants the same things as everyone else. He lives an ordinary life and enjoys feeding the birds from his flat’s balcony. But Barnaby’s voices are often overwhelming.

When his downstairs neighbour Nellie (Entwisle), a local park keeper, knocks on the door they bond over the birds that visit their block of flats.

She’s discovered the remnants of the meat-flavoured Hula Hoops Barnaby has been using to feed the vegetarian wood pigeons and arrives bearing sunflower seeds.

Thrilled by her friendliness, Barnaby worries that the voices will destroy his confidence and sabotage their budding relationship.

But Nellie has her own issues – she’s so claustrophobic she can’t pull a jumper over her head – and she recognises that Barnaby is a good listener.

After a disoriented baby starling ends up on his balcony Barnaby turns to Nellie for help. She suggests he looks after the fledgling until it’s old enough to fend for itself.

Scotty is overly critical, “undermining and dangerously malicious”, and the child never lets up – screaming and singing at inappropriate moments. They stop Barnaby from leading a happy, independent life.

He is desperate for his voices to leave him be, so that he can watch a starling murmuration with Nellie. The more he ignores them the louder they become. Eventually Barnaby stands up for himself and his dream is finally realised.

As they witnesses the swirling mass of birds, Nellie explains that starlings need each other’s voices in order to change direction and survive predators.

Voice hearing has long been stigmatised in Western culture, but a new approach has helped hearers to understand their voices and where they come from.

Entwisle worked creatively with voice hearers at Mind Hub in Islington and developed her work at the National Theatre Studio.

Murmuration, directed by Kirsty Williams, offers a compassionate and uplifting response to this ongoing research.