‘Vexatious’ campaigner uncovers legal team’s mistakes ... but no one will be ‘held to account’ 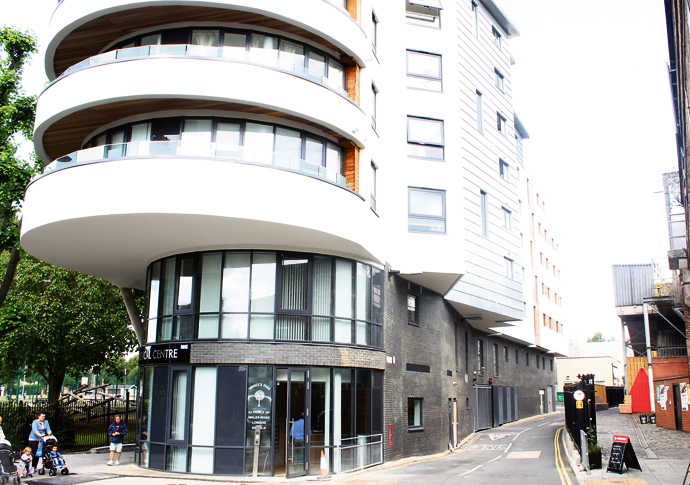 The development on land next to Talacre park

A LEGAL bungle left council chiefs unable to claim millions of pounds owed to the Town Hall in a property deal, it was claimed this week.

Fresh details about “mistakes” in the fine print of the sale of land next to Talacre park in Kentish Town were uncovered by campaigner Nick Harding, who lives nearby and was once branded “vexatious” by the council for his repeated requests for information.

Camden thought it had agreed to sell the land, by Kentish Town West station in Prince of Wales Road, for £325,000 with a condition that when a proposed block of 36 flats was built and then sold, some of the profits would come back to the council with what is known as an “overage” payment.

At the time it was estimated the flats would sell for around £8m, but they ended up going for £20m. This, according to Mr Harding’s calculations, means the Town Hall should have been able to recoup £3.8m. The council says the true figure is lower, but accepts it is still “substantial”.

Now, Mr Harding has produced an email from Camden’s head of asset strategy and valuations which says the money will not now be clawed back due to a “fundamental error” from Camden’s legal team in 2008.

“Obviously it is a matter of regret that mistakes were made by the officers who worked for the council in 2008 but we can’t turn back the clock 13 years,” the message said, adding that an unnamed lawyer, who no longer works for Camden, made a mistake in drafting the overage conditions.

“The fundamental error was that the lawyer dealing did not protect the overage provision,” the email said. “The essential fact is the overage was not secured in a legally enforceable way.”

It added: “We can’t retrospectively change or correct the fundamental error from 2008. The officers who dealt with the land sale left the council many years ago so they can’t be ‘held to account’ for the mistakes or even be asked to explain what happened. Furthermore, at a time of huge pressure on resources, it would be a waste of council funds … in pursuing a legal case I am advised we will not win.”

The email said the council’s strategy was to focus on ensuring it did not make the same mistakes on future projects.

Mr Harding said this week: “Camden has come up with all sorts of excuses to escape from this embarrassment. If Camden is saying they have had legal advice that they cannot get the money back… well, we’re not going to take that seriously unless they show us the advice and tell us what questions were asked.”

He added: “The main aim is to get the money back. We want them to confirm they are not going to say they have given up on claiming it. If they say they have given up, it releases the developer from a very onerous situation. Could there be some sort of inquiry, in view of the competence that has now been admitted?”

The ownership of the land has moved through several companies since the original sale.

The New Journal asked the council whether it was confident other overages owed to the council had not been collected because of poor legal drafting, and whether it would consider an inquiry.

Finance chief Cllr Richard Olszewski said: “We have spent a great deal of time carefully reviewing this sale and ensuring that the necessary steps have been taken since so that our overage clauses are always legally enforceable. We have also been very open about our legal position regarding this sale.

“However, it is important to note that the sale took place 13 years ago and that the officers involved in the land sale have since left the council.”

He added: “At the time we complied with our legal obligations to get the best consideration for the sale and to deliver public benefit. We also added an extra clause designed to secure the additional windfall overage payment. However, this failed to deliver as it was not protected through a charge.

“While we simply can’t turn back the clock by more than 10 years to correct this, we have learnt valuable lessons since then and our land sales now are no longer structured in that way and they deliver real benefit for our residents.”

Cllr Olszewski said: “In fact, we now have some of the toughest policies in the country on developers’ requirements to provide affordable housing and in two recent cases we have recovered windfall overage payments of up to £2m.”

He said an upside was Camden securing family-sized affordable housing on the site.