Warnings that changes will make road unsafe for those with disabilities 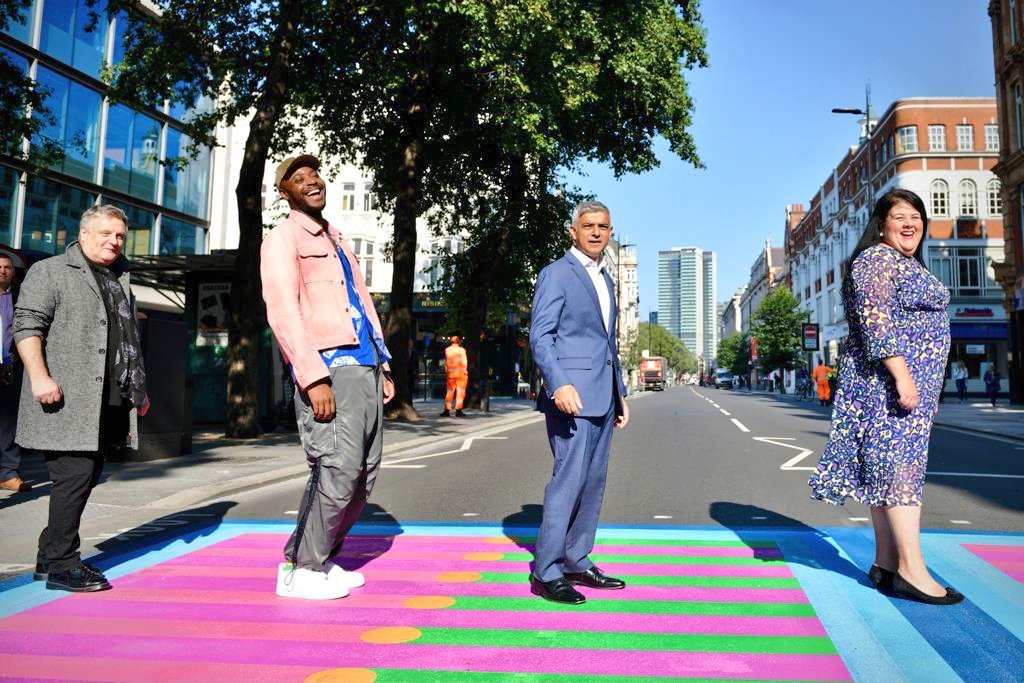 BRIGHTLY redecorated pedestrian crossings in Tottenham Court Road that were trumpeted by London Mayor Sadiq Khan, discriminate against people with disabilities, according to a leading charity.

Eleven pelican crossings have been repainted from the traditional design to colourful patterns by artist Yinka Ilori.

It means that residents with visual impairments and cognitive disabilities are potentially less able to be use a majority of crossings between the junction with Oxford Street and Euston Road.

Mr Khan was among those posing at the crossing near Percy Street on Thursday, along with night czar Amy Lamé, photographer Rankin and Mr Ilori as the new crossings were unveiled.

The work was commissioned by Camden Council. The Royal National Institute for the Blind (RNIB) has criticised the impact the makeovers will have, along with Camden-based access consultant Mik Scarlet who has lived in the borough for 16 years. They say it could result in confusion for disabled people or put them in danger.

Mr Scarlet said: “People will say they’re really cool and pretty, but they’re really dangerous as well. If people cross the road and stop because they’re not sure if it’s a crossing, they’re stopping in the middle of the road.”

He added: “It’s lovely that it’s colourful, but not on a crossing because that’s to do with safety. You could paint the rest of the bloody road and leave that, and it would be fine because people aren’t meant to cross on it.” 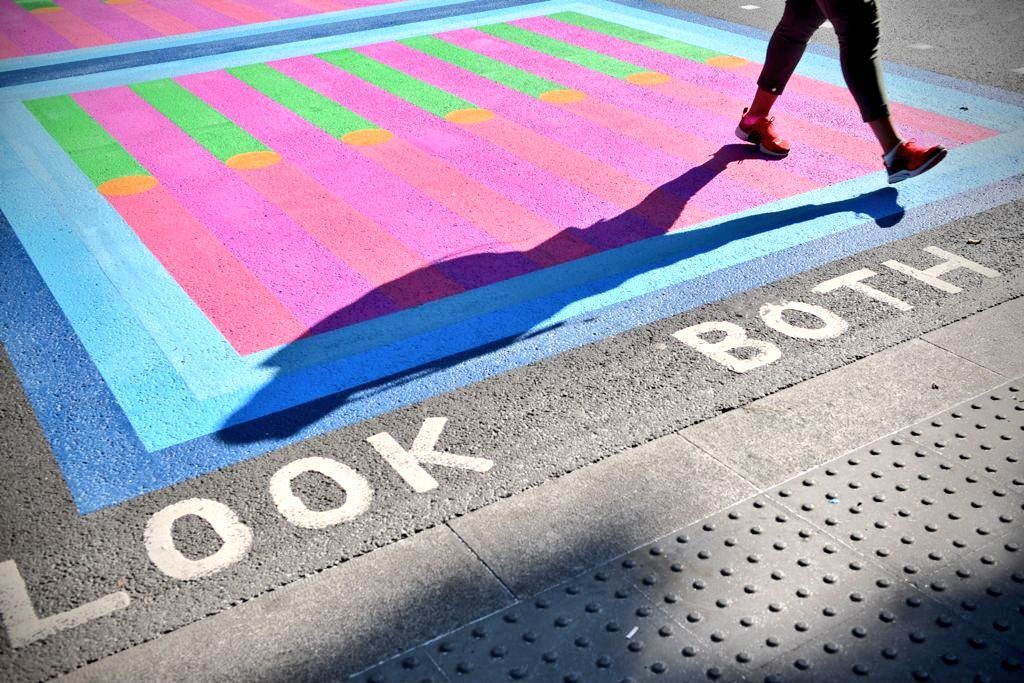 Zoe Courtney, the RNIB’s policy and campaigns officer for inclusive journeys, said the crossings are vital for those who struggle to gauge moving traffic or would have difficulty crossing otherwise.

“Councils considering installing pedestrian crossings in any design or colour must conduct thorough equality impact assessments that include blind and partially sighted people, and not install them until all safety concerns have been fully addressed.”

A spokesperson for Mr Khan said consultation with disability groups had already meant 3D images and text close to the road’s edge was avoided – and larger blocks of colour were used instead.

They added an equalities impact assessment and a road safety assessment had been done. 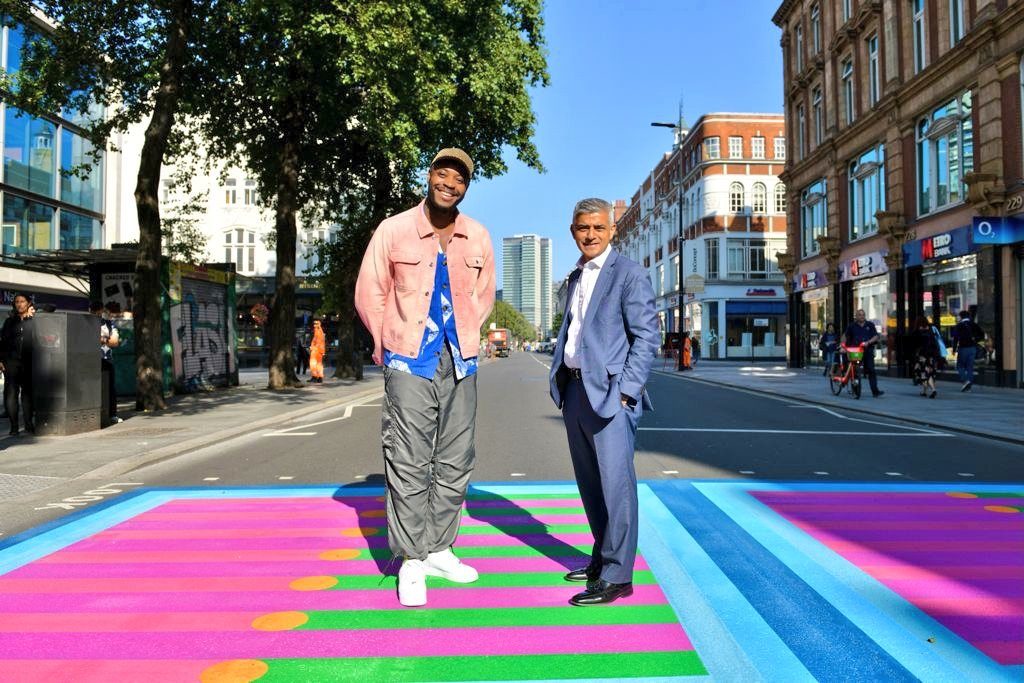 It seemed like a bright idea at the time

The spokesperson said: “The mayor was pleased to unveil a series of street art commissions to encourage Londoners and visitors back to the capital this autumn to support our culture and hospitality industries.

“He is proud to stand up for all Londoners and wants the capital to be accessible for all, which is why a consultation took place with organisations, charities and disability groups, including groups representing people with visual impairments, in an effort to ensure the project was inclusive.”

A spokesperson for Camden said: “The artwork has been installed at signalised crossings, not zebra crossings.

“Traffic features remain un­changed for road users and pedestrians – for example, there are no changes to traffic lights and stop lines for vehicles, or green/red man and ‘count­downs’ for pedestrians.

“Colourful crossings have featured elsewhere in Camden, across London and the UK and have not caused any known impact on protected groups, but we will continue to work with disability groups to understand their views and to make improvements that enhance our street spaces for everyone.”