Maggie Gruner talks to Miranda Kaufmann, whose book sheds new light on a forgotten aspect of this country’s history 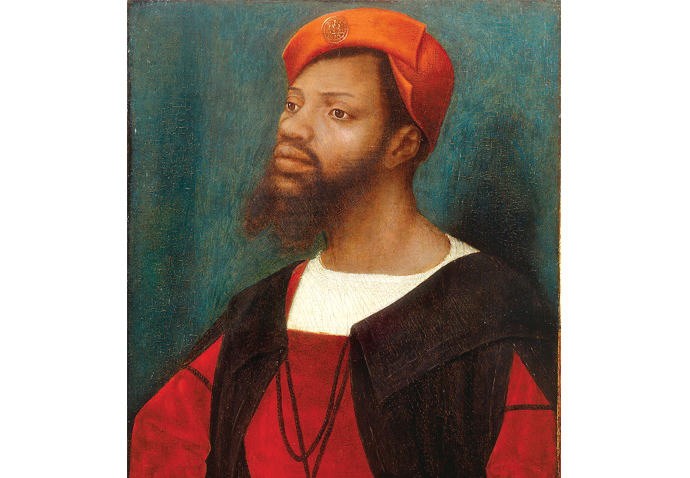 Portrait of a Moor by Jan Mostaert. Photo: Wikipedia

MOVE over pale-faced Tudors and make room in the history books for those who have been eclipsed – black people who lived and worked in Britain during one of our favourite epochs.

Their existence – as free people, not slaves – is affirmed and investigated in Black Tudors, by former Hampstead resident Miranda Kaufmann.

Her meticulously researched book shows Africans were at the royal courts of Henry VII, Henry VIII, Elizabeth I and James I; they pursued various occupations in London – Africans lived in Westminster since at least 1571 – other cities and rural areas.

And yet, Dr Kaufmann writes: “their presence has been forgotten”.

Why? “I think people, including historians, were simply ignorant of their presence. What we know about the past depends on which questions we ask of it. It is only recently that we have begun to ask questions about racial diversity.”

A Senior Research Fellow at the University of London’s Institute of Commonwealth Studies, she added: “The most important argument in my book is that the black Tudors were not, as is often assumed, enslaved. Rather they were paid wages, allowed to testify in court and intermarried with the English population.”

Focusing on the lives of 10 Africans, the book sheds light on hundreds more.

Black Londoners whose lives are probed include a silk weaver, a prostitute, and a woman who arrived as a child from Morocco, later learning to become a seamstress.

Dr Kaufmann, who grew up in West Hampstead and attended Sarum Hall primary school, Swiss Cottage, challenges the usual picture of the past relationship between the English and Africans.

She said what most surprised her in her research was an incident in 1596 in rural Gloucestershire, where Edward Swarthye, a black porter at a manor house, publicly whipped John Guye, a white Englishman. 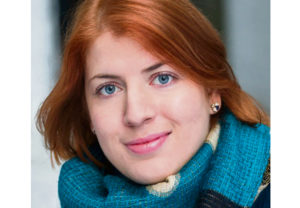 The book asserts that in Swarthye’s story “we glimpse a time before racism became a dominant prejudice in British society”.

Dr Kaufmann contends that Tudors were far more likely to judge a new acquaintance by his or her religion and social class than by the colour of their skin.

Evidence for the book is drawn from sources including parish registers of baptisms, marriages and burials, tax returns, wills, legal records, diaries and letters.

We learn African John Blanke played the trumpet at Henry VIII’s coronation and the grand Westminster tournament to celebrate the birth of the king’s short-lived son. Henry even paid for the wedding outfit of “our trumpeter” – a gown of violet cloth, a hat and bonnet.

This man – did his first name reflect his prices? – was not the only black Tudor working in the cloth trade. In the reign of Elizabeth’s older half-sister, Mary, there was “a Negro made fine Spanish needles in Cheapside”.

Another Londoner, Mary Fillis, born in Morocco in 1577, became a servant to a seamstress and got the chance to learn the trade herself.

Anne Cobbie was by 1626 a sought-after Westminster prostitute renowned for her soft skin.

Other Africans researched include a prince who spent two years as the guest of a London merchant, learning English, and Cattelena of Almondsbury, an “independent singlewoman” who owned a cow.

Black Tudors came to Britain with merchants, pirates, aristocrats and even royalty.

At a time when many lives were relatively short, a startling burial record of 1630 from the parish register of St Augustine’s Church, Hackney, refers to “Anthony a pore ould Negro aged 105.”.

Evidence about individuals can inevitably be a bit sketchy, but Dr Kaufmann augments it with impressive detail spanning trade, diplomacy, religion, prostitution – even sailors’ outfits.

Each life probed begins with a fictional paragraph – intended to “draw the reader in”. But the facts are more than capable of doing that. This fascinating book shines a new searchlight on the period – and prompts a desire to slip into the black Tudors’ shoes, just for a while.

Dr Kaufmann would like her book to inspire talented novelists to write about the black Tudors. “As there is a limit to what the archival material can tell us, it would be great to fill in the gaps with imagination.”