Will the railside route finally made safe? 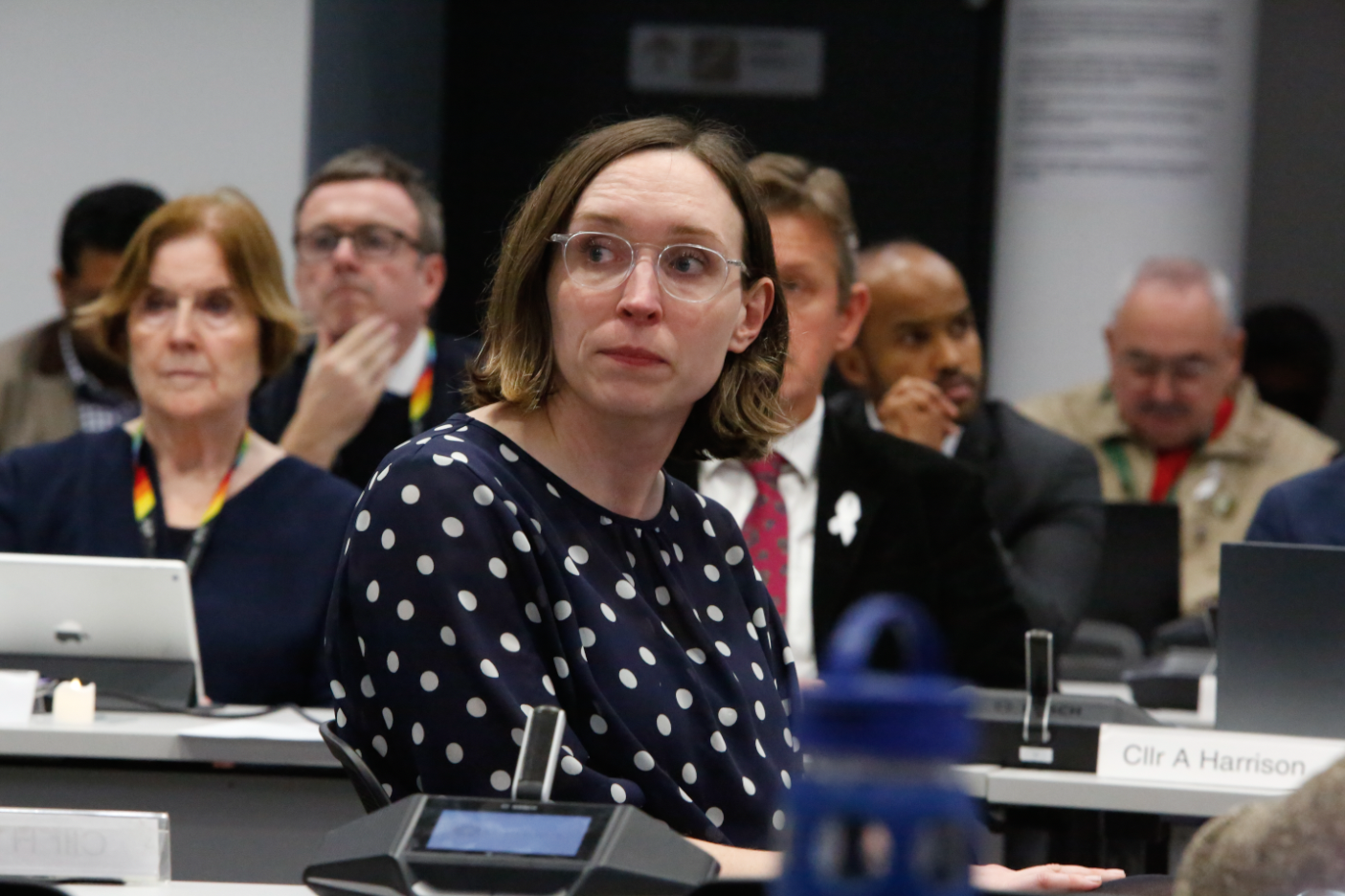 A FORMER council election candidate has told how she hid in a garden to avoid a car full of men who left her terrified when they started following her.

Speaking at last night’s (Monday’s) full council meeting, Lorna Greenwood, 33, detailed a terrifying experience which unfolded in West Hampstead two years ago which only ended when she banged on a stranger’s door and asked for help.

She told councillors that she wanted routes in the area and the rest of the borough to get safety improvements, explaining how women had been avoiding the Black Path after reports of a sexual assault there.

“I’m calling specifically for safety measures to be improved on enclosed pathways where there is no passive surveillance and effectively nowhere to go if you feel unsafe,” she told councillors.

“And I’m also calling on the council to ensure the safety of women and girls is prioritised when decisions are being made on planning, designing and maintaining public spaces and walking routes.”

Ms Greenwood added: “Last month, I saw a brave report on NextDoor [online site] from a local woman who’d been sexually assaulted by a man on the Black Path in West Hampstead.

“This was in broad daylight and many women and girls in the community including myself have been avoiding this route between Broomsleigh Street and West Hampstead Thameslink station due to safety fears.”

The issue of overgrown shrubbery has been a constant issue for many years in the area and it is not the first time there have been warnings about safety there after previous sexual assaults and incidents of indecent exposure.

In the past there have been disagreements over who is responsible for cutting back overgrowth: there have tidy-up blitzes but the problem has come back.

New CCTV cameras have now been erected at the Black Path, but Ms Greenwood wants other routes to get a similar review.

“Women and girls shouldn’t have to make changes to our daily lives to feel safe,” Ms Greenwood said.

“We shouldn’t have to be accompanied home or take a deep breath before embarking on a journey alone. I’ve lost count of the number of times I’ve walked home alone at night after weighing up the risk against a taxi fare with my keys between my fingers because someone once told me this would help with self defence. ”

She then told of her own personal experience.

“On one such occasion, a quiet Sunday evening, having rolled the dice in my head and decided that a short 12 minute journey from Kilburn station to my home in Fortune Green should be safe, I was followed home by a car full of men,” said Ms Greenwood. 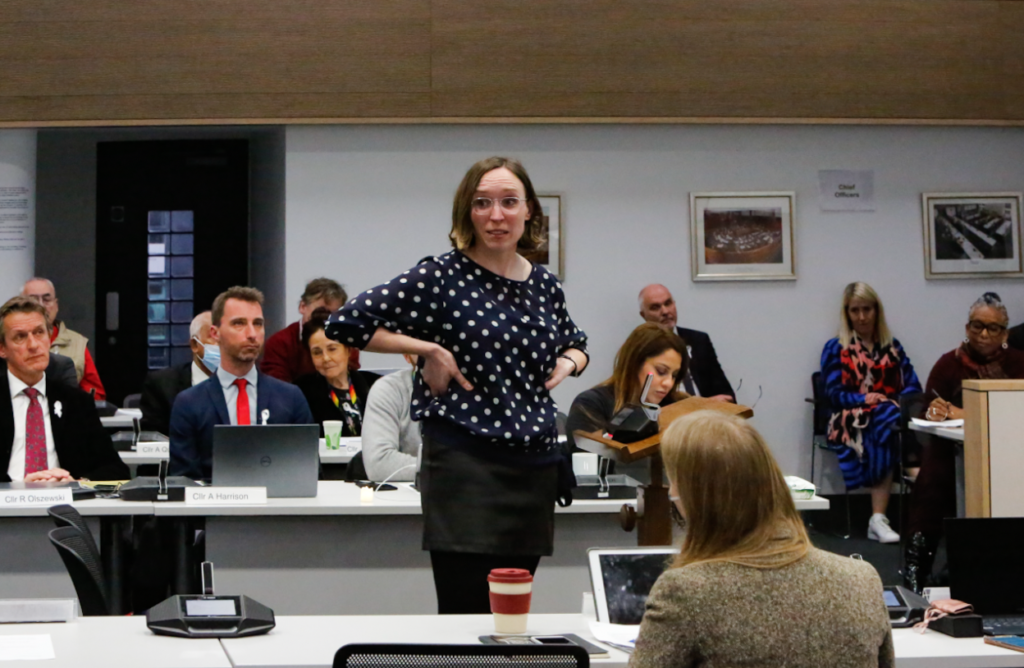 “They drove behind me initially, slowly but revving. As I crossed the road they pulled past me and then reverse back towards me.

“Although I was only a very short distance from my home, literally around the corner, it felt too dangerous to carry on walking – particularly as they had stopped the car got out and was shouting at me. I was terrified.”

She added: “Thankfully, this happened in a residential area and I took refuge with a neighbour who I’d never met before. I hid in their garden initially. Then when the shouting continued, I rang the doorbell, then banged on the window until they let me in. Looking back this action itself was a risk because I didn’t know whose door I was knocking on.”

“They were so kind and having checked the men had gone walked me the short way back to my home. There’s no such refuge on the Black Path or the nearby Wayne Kirkham Way, which is another enclosed path in the community connecting the Sidings Estate with Mill Lane, which has had faulty lighting and been overgrown.” 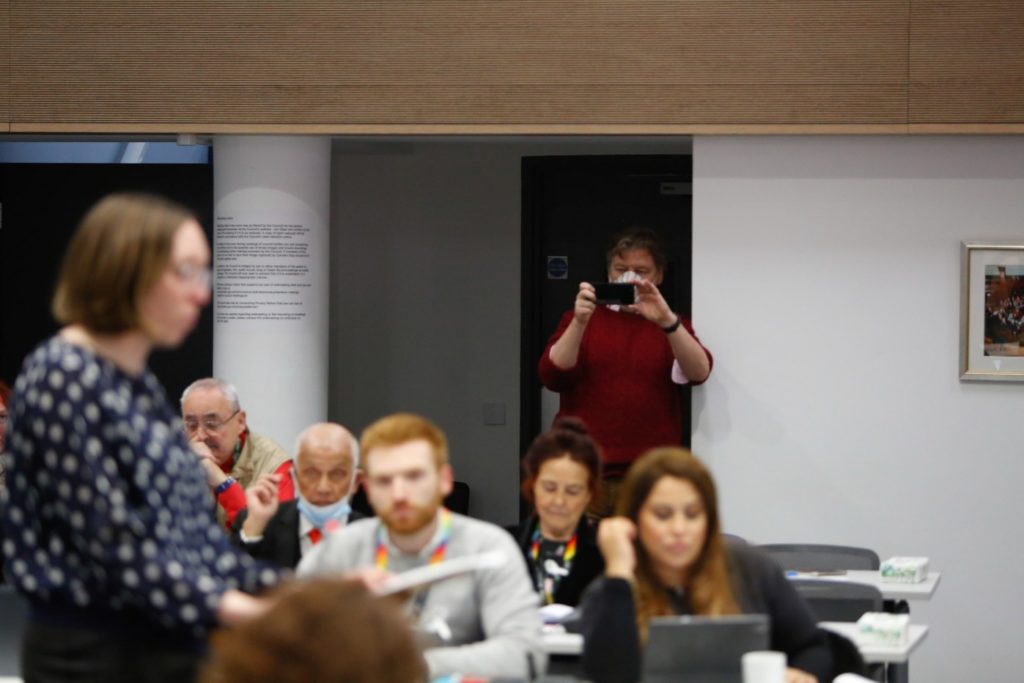 Ms Greenwood came second to the Lib Dems in the Fortune Green by-election in July and is expected to be on Labour’s slate of candidates at next May’s boroughwide elections. The ward has since become a ‘rainbow ward’ – red, yellow and green, as Labour shares it with the Lib Dems and the Green Party.

She told the meeting that she was pleased that action had been taken on the Black Path since last month’s incident, but added: “I still believe that enclosed paths such as these two in Fortune Green and others across the borough would benefit from more investment in safety measures to make women and girls feel safe.

“At a minimum, the regular cutting back of overgrowth, but in addition, proper working lighting, security mirrors and CCTV for particularly problematic areas. This would not only act to make women and girls feel safe, but also act as a deterrent for future crime.” 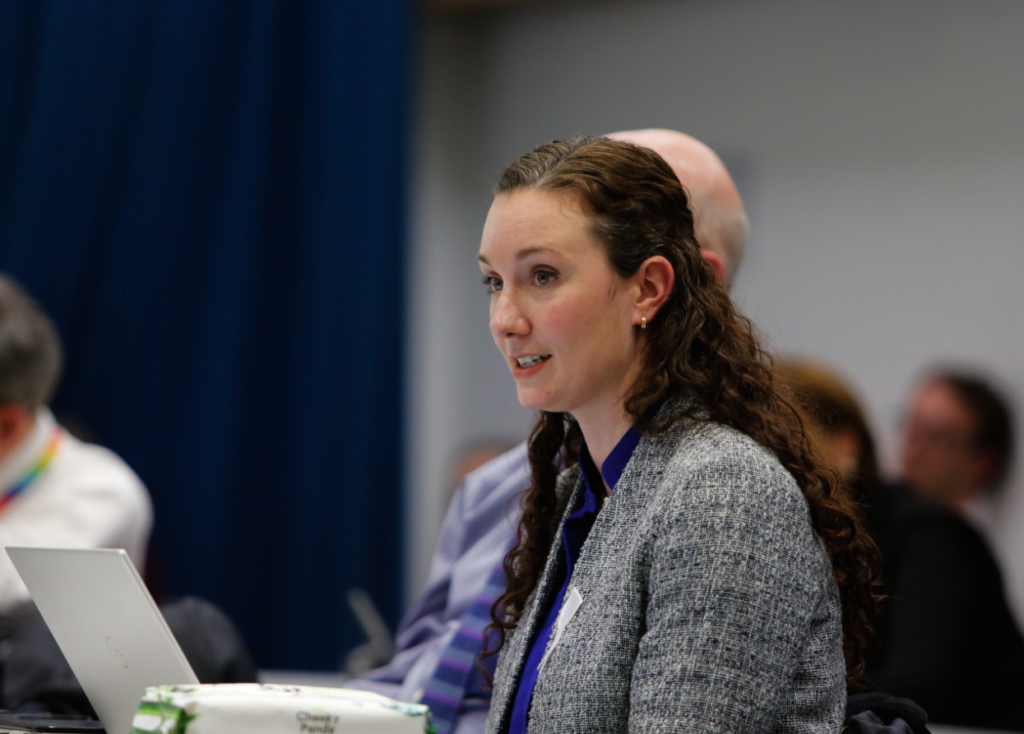 Conservative councillor Maria Higson said: “I think what’s really sad about this is how many people in this room will have experienced really similar things – and it’s incredible that you’re [Ms Greenwood] speaking out.”

She added: “I just hope that we take action before someone else gets hurt because too often action is only taken when somebody doesn’t manage to get to safety. Obviously, there has been a horrible incident and I really hope now in other situations action taken before it gets that far.”

Labour’s Fortune Green councillor Richard Olszewski said: “I was pleased that the council responded very quickly to not just my demands, but the demands of women in the Fortune Green area when they heard about the sexual assault last month on the Black Path – and there are now a couple of cameras in place, which will go some way to give women reassurance.”

The name Black Path was chosen after Camden Council held a survey over what to call three previously unmarked routes in 2010 which were proving confusing trying to respond to calls from these locations. The nearby Billy Fury Way was also selected at this time.