Next month Malik Al Nasir will perform and take part in a Q&A at Holborn Library. But first he tells Maggie Gruner about the man who changed his life 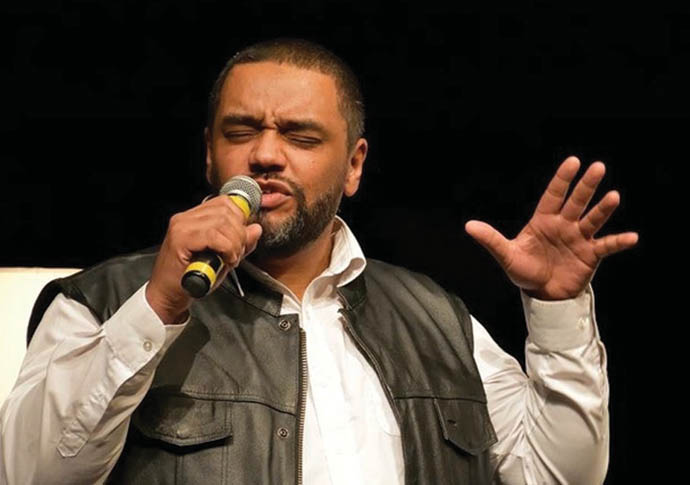 He tells his story in a memoir, Letters to Gil, which will be spotlighted by a Camden Black History Season event at Holborn Library on November 12, featuring a live musical performance by his band Malik and The OG’s, a question and answer session and book signing.

The book’s title refers to the legendary American poet, musician and civil rights activist Gil Scott-Heron, who became Malik’s mentor and turned his life around.

Malik’s powerful memoir draws us into an odyssey encompassing surviving physical and racial abuse, travelling the world, persevering against all odds.

Following a traumatic childhood in local authority care, aged 18 he sneaked backstage after a Liverpool show and had a chance encounter with Gil, who soon took the teenager under his wing, inviting him on tour.

Gil fostered Malik’s sense of self-worth, introduced him to black history, taught him about poetry and the music business and encouraged his literacy.

Malik told Review that he spent a lot of time in Camden with Gil – who died in 2011 – over the years, when they had regular residencies at Dingwall’s in Camden Lock, The Jazz Café in Camden Town and what was then The Town and Country Club in Kentish Town.

He said: “If Gil Scott-Heron had not become my mentor and taken me out of the situation I was in in 1984 when I met him, I doubt that I would have a life to speak of. Many of my peer group who went through what I went through are dead, in jail, strung out on drugs or alcohol, or suffering with mental health.”

Called Mark Watson until he changed his name on becoming a Muslim, Liverpudlian Malik was taken into care aged nine. He writes of being subjected to solitary confinement – “for a nine-year-old just separated from his family, it couldn’t get much worse” – brutal beatings, racism, neglect, and receiving scant education.

As an adult he successfully sued Liverpool City Council social services and got a public apology from the Lord Mayor.

Over the years Malik wrote poetry and posted it in letters to Gil, who appraised the poems while they were on tour together. A trusted member of Gil’s touring crew, Malik became a road manager and tour manager for him. 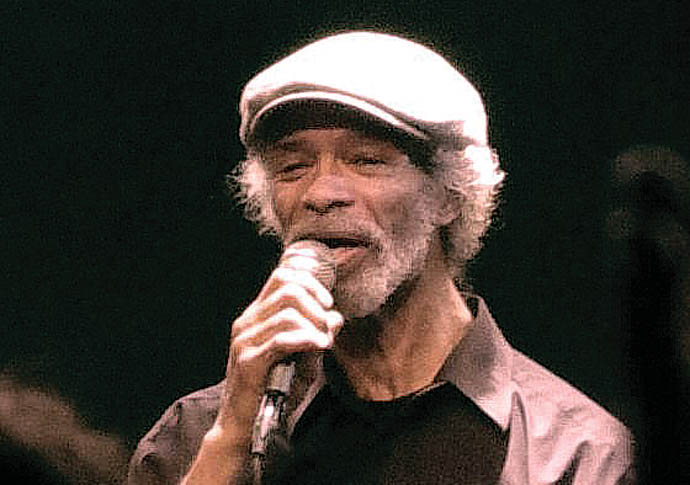 His descriptions of his sea voyages are vividly atmospheric.

“When we dropped anchor off the coast of Angola, in Cabinda, at last I could see it, I could smell Africa,” he writes.

With the mountainous coastline protruding through the mist, in the “crisp morning air” he was inspired to write a yearning, moving song entitled Africa.

He writes of an encounter with Romanian secret police; racism on Ascension Island; a lone albatross following the ship in the South Atlantic, and a hurricane on the east coast of the US that was “the most horrific and frightening experience of my entire life”.

At a West End club, due to a technical glitch, Malik gave his first ever, unplanned, poetry performance in front of an audience, who loved it.

The boy with dyslexia “who had pretty much taught himself to read” achieved a BA honours degree and a master’s degree.

A collection of his poems, entitled Ordinary Guy, was published under his former name, Mark T. Watson. He has recorded with both Gil Scott-Heron and The Last Poets, and has produced and appeared in several documentaries.

He put on a live show, with help from musical director Orphy Robinson, at the Jazz Café for a film about “grandfather of rap” Jalal Mansur Nuridden’s album Hustlers Convention.

Malik has been tracing his roots back through slavery and last year started a PhD in history at Cambridge University, with a full scholarship.

“So far in my genealogical research of my roots back through Caribbean enslavement I’ve traced my slave owner ancestors back to the 15th century,” he said. “My slave ancestry so far stops in the 19th century due to the lack of records kept on enslaved people individually. It is however the subject of my PhD research.”

Malik and the OG’s performed The Revolution Will be Live! at the Jazz Café in celebration of Gil Scott-Heron’s musical influence, to mark this year’s 10th anniversary of his death.

Gil influenced hip-hop performers across the US and internationally, Malik writes. He was “not just a genius but a bluesologist who encapsulated the pain of our people and enunciated it for us with a noble elegance that was both soothing and inspiring”.

Malik said his own poetry is born out of pain and the despair he felt “during years of childhood incarceration at the hands of a brutal and racist care system”.

Childhood trauma during the formative years stays for life, he said.

“My coping mechanism is to channel that negative energy into positive poetry and to recycle the anger into fuel to drive me forward in the arts and education.” He aims to use his experiences and art to educate, communicate and “effect social change”.

“Racism has never gone away,” Malik said, “but what has changed are the attitudes of successive governments to its acceptability. Every time a government outlaws it, it switches gear and becomes covert. When another government sees political capital to be gained in espousing it, it reverts to being acceptable and becomes overt again.

“It was overt in the 70s, became covert after the riots of 1981 and legislative changes in 2000 but has recently reverted back due to the geo-political climate and the rise of the far right and so-called ‘populist’ governments in western nations.”

His book, sometimes harrowing, is compelling and ultimately uplifting.

He hopes it will “inspire many people to reach their full potential regardless of their race, social class or academic standing”.