Police van and black cab in collision outside tube station 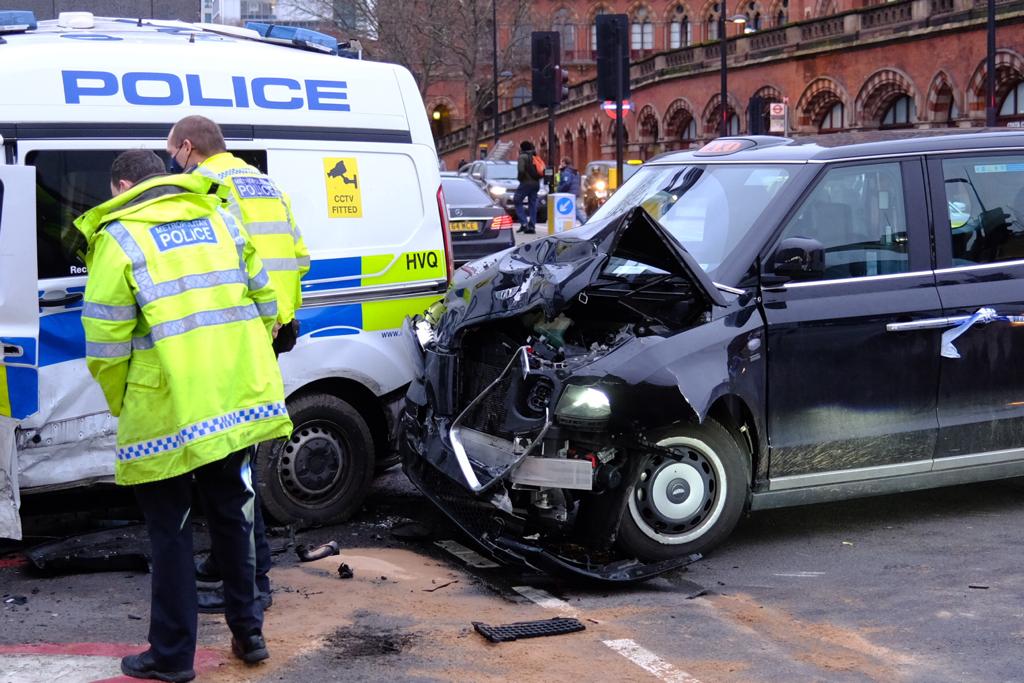 Police at the scene of the crash [Simon Lamrock]

POLICE have closed off part of Euston Road after a collision involving a police van and a black cab.

The two vehicles were left damaged outside King’s Cross station around 1.30pm.

Several police cars are now on the scene and one lane remains closed. 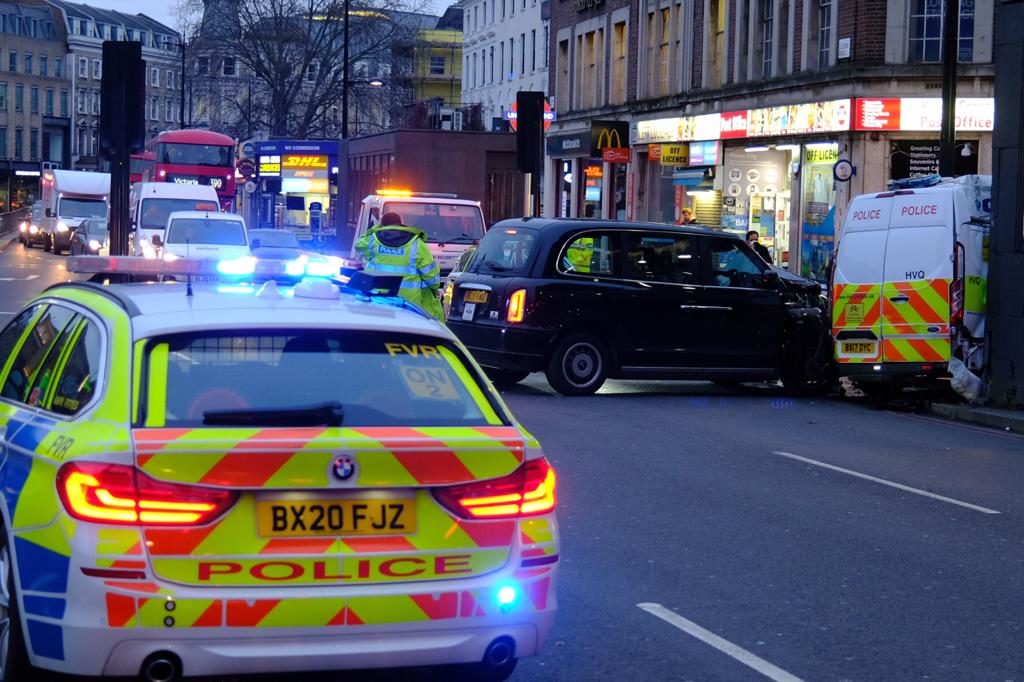 There are no reports of any injuries, according to the Met Police.

However, the driver was treated for shock by the London Ambulance Service. 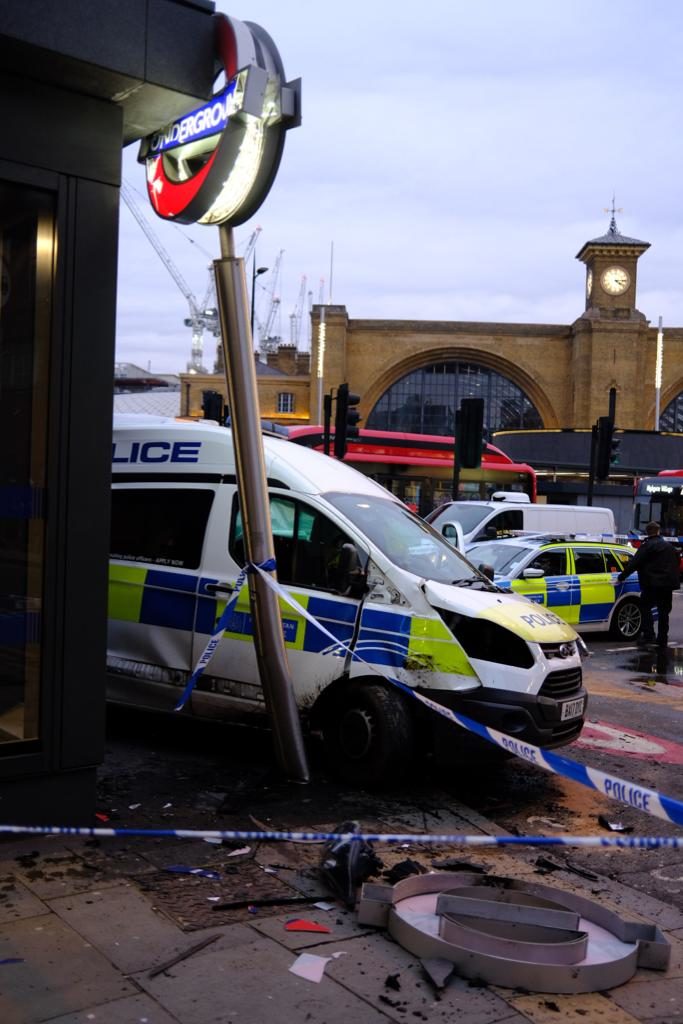 Pictures show extensive damage to the front of the taxi while the police car appears to have smashed its front right headlight after colliding with the sign for the underground stop.

An operation is now underway to retrieve the vehicles.