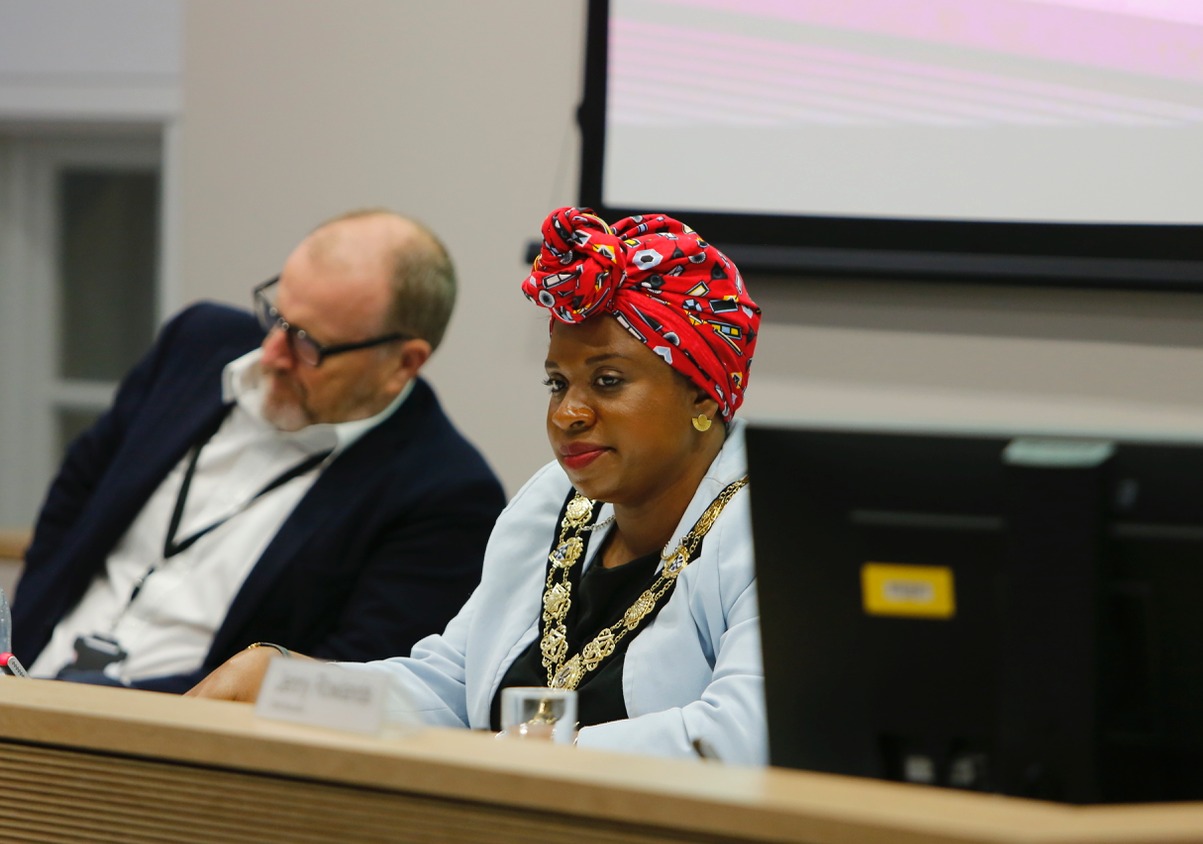 Sabrina Francis with the Knots UK headwrap on Monday evening

THE first black woman to become the mayor of Camden is using each full council meeting to showcase a black-owned business.

The company only buys from women as it sources its items from around the world, as well as supporting those making them in London. 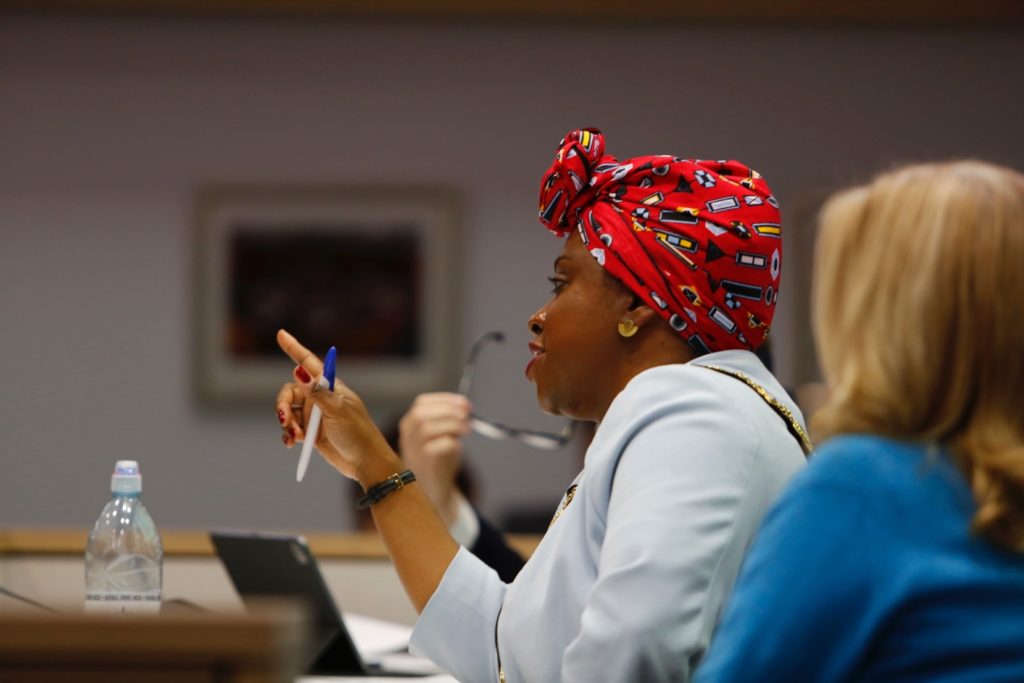 Next week, Cllr Francis is due to host the official launch for her mayoral year fundraising campaign for Gingerbread, a charity based in Camden that supports single parents.

Follow our black history month coverage all month in the Review section and a special edition next week.