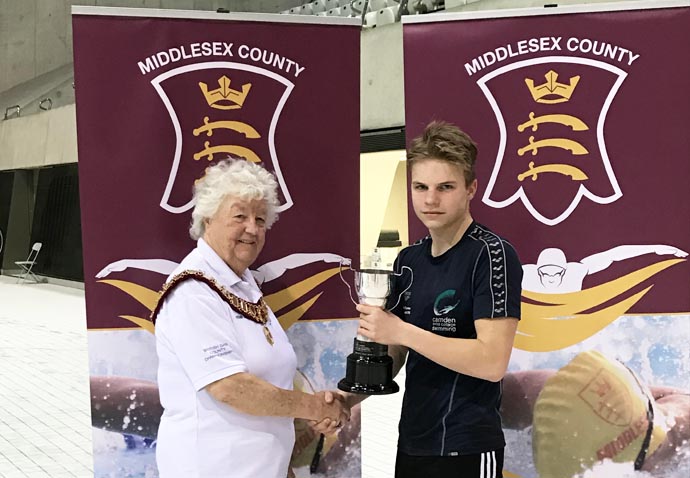 CAMDEN Swiss Cottage swimmers laid impressive foundations for the start of the London Regional Championships next month when they captured five county titles and 49 medals in the latest swim meet.

The haul included 17 golds as youngsters from the club dominated the Middlesex County competition at the London Aquatics Centre at the Olympic park last weekend.

Jackson Olin scooped a junior county title in the 200m backstroke, along with taking further golds in the 100m butterfly, the 100m backstroke and the 200m individual medley.

The 15-year-old also snatched silver medals in the 100m and 400m freestyle and the 50m backstroke.

Club-mate Julia Murphy, 14, raced a tough schedule to finish with a grand total of seven medals.

Leah O’Connell, 15, showed some great time improvements to take gold medals in the 200m individual medley, the 100m backstroke, the 100m freestyle and the 100m breaststroke. She also won a silver in the 50m freestyle.

Also taking a county title was Bryce Puszet, 18, who claimed the senior 200m backstroke trophy, along with a bronze in the 50m event.

Lyelle Kahaner, 13, powered to gold in the 50m breaststroke, while Amir Castronovo, 14, claimed silvers in the 100m and 200m breaststroke.