Sandra Bernhard interview: Everybody just wants a break from Trump

Ahead of her Ronnie Scott’s dates, comedienne and singer talks Jesus Christ Superstar, Hendrix, and tells why her new show, Sandemonium, steers away from politics 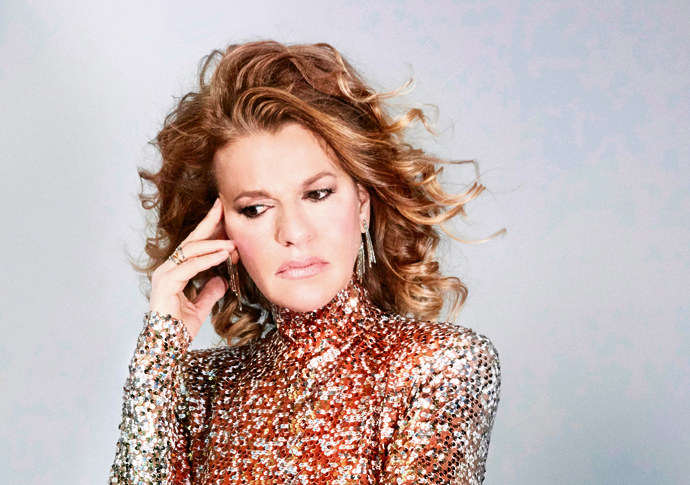 “I’M thrilled, because he shouldn’t go there. He shouldn’t go anywhere else and impose his mediocrity and ignorance on the rest of the world.”

American actress comedienne and singer Sandra Bernhard is musing on the news that Donald Trump’s impending visit to the UK is not necessarily welcome.

“I think we have enough problems day to day just dealing with the drama and the trivial nonsense that he’s imposed on us, so I think all you have to do is read about it and watch the news and I think that the rest of it speaks for itself.”

Speaking from her New York home, Bernhard is explaining why she tries to steer away from current events in her latest show, Sandemonium, which comes to Ronnie Scott’s next week (February 22 and 23).

“To come to the UK and talk about our president, who wants to hear about it? It’s a night out. Everybody wants to escape into something that’s fun and smart and, you know, I like to play on words. I just want to get away from it. I just want a break and I know everybody else does too.”

Instead, her focus is more on everyday minutiae.

She says: “I don’t really talk about politics and I try to stay away from things I think I’d be bored hearing, so I try to keep it very sort of, in a weird way, quotidienne, something that people can relate to from living their lives and bring some glamour and fun to it.

“I just really try to pick from my daily life and things that intrigue me and people who get my attention.”

The show is a mix of stand-up and singing – a cabaret of sorts – with covers and mash-ups brought to life by Bernhard’s bluesy vocals. Still, you get the impression that, while she does her best to keep references to personal observations, she can’t help but stray into the bigger issues. The #MeToo movement gets a namecheck, thanks to some early experiences while working on Martin Scorsese’s 1982 movie The King of Comedy.

She says: “I kind of do a piece from there but it’s sort of a funny piece. But no, I personally have not had any sort of very damaging experience in that way and I think a lot of that has to do with the fact that I was very clear about who I was when I started off, even though I was really young.

“There’s something about being in the world of comedy where you just turn it into material. So I mean it’s just different than being just like the actress next door, so I’ve managed to get around it.”

Social media has become a convenient means of activism for her.

“So many people have been damaged by sexism and misogyny and beyond and, you know, not only in our business but in every business, and that’s what my work as an individual and a woman has addressed that throughout my career, but I always try to do it in a way that’s not didactic when I perform.

“But it’s easy with social media to say things that are just obvious and say that this is insane and I support the other women who are going through it or I support the dreamers, the people that are trying not to be thrown out of the country, anything that’s obvious, it’s nice to be able to throw your support behind.”

For as long as she can remember, singing has been as important as her comedy.

“I always sang and people said ‘you’re so funny you should go in comedy clubs and then you can add in the singing’. So I guess the comedy came first in a way, but my love of singing, I don’t know, I just wanted to be an entertainer so, to me, when I was growing up an entertainer meant someone who sang, told stories, was funny, witty. I want to entertain my audience and that’s really what I’ve set out to do and I’ve accomplished.”

The show incorporates some unusual musical numbers such as Manic Superstar from Bernhard’s album Excuses For Bad Behavior.

“It’s a mashup of Jesus Christ Superstar and [Hendrix’s] Manic Depression, it’s very clever,” she says. “I’m also doing some older material from the year before, which is still all very timely and relevant, so it’ll be a mixture of the last two shows I did at Joe’s Pub here in New York because I haven’t performed in London in a very long time, and it’s a shame when you have all this material and you haven’t performed it, you don’t want to waste it.”

In the meantime, the relentless performer maintains a positive attitude.

“I guess, day to day, there are moments when I’m upset and concerned and worried about where we’re headed, certainly in this country and in turn the world but, I don’t know, you’ve got to keep on your path in life and know that all these things come to an end.

“You’ve got to do things like read a good book, go for a walk, call up a friend, look for somebody who needs some support, there’s a million ways to get away from it. It’s very easy to get caught up in the drama, people do enjoy it, but you’ve got to be careful not to get yourself in that mindset.”