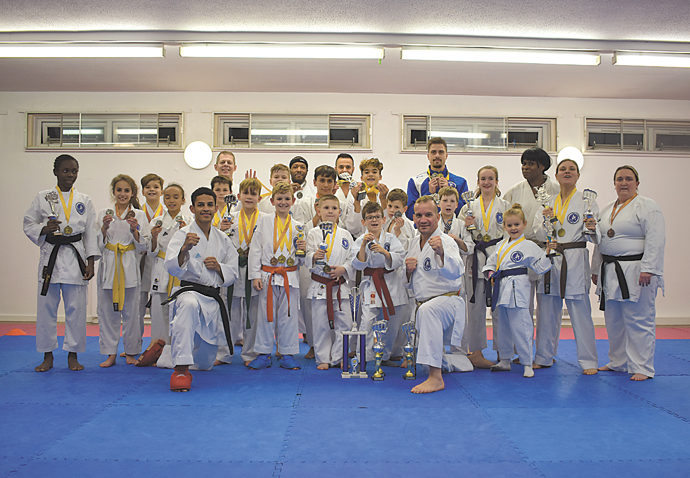 MEDAL hauls don’t come much mightier than the one that members from the Veras Karate Academy were celebrating this week after dominating the Elite Open International Karate Championships.

Held at the University of East London, martial artists from across Camden and Islington joined more than 300 competitors from Italy, Norway, Spain, Armenia, Romania, Russia, Scotland, Wales and England at the challenging event.

And the results couldn’t have been much better as the team from the Veras Academy, who train at the Ringcross Community Centre in Holloway, topped the medals table after winning 17 golds, 15 silvers and 11 bronzes.

Head coach Raphael Veras said: “It was a fantastic result for the entire squad, I’m proud of each and every one of them.

“I didn’t have as long to prepare them as I would have liked as I was in China for three weeks supporting and working with the Hong Kong national head coach, William Thomas. In fact, we only managed to hold a dedicated squad training session the day before the event.

“But that didn’t prevent everyone from performing extremely well. The squad is competing in the Polish Open International Championships next – let’s hope we are just as successful.”

The road scheme here should be dubbed Amwell Soulless Streets!
From the Islington Tribune

The pro-traffic lobby arguments are flawed
From the Islington Tribune

Farewell to Judy, the scourge of the moneybags developers