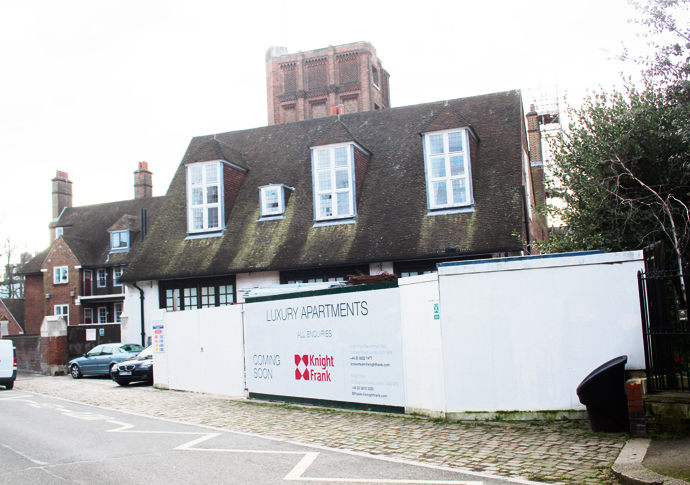 A PLAN to remove affordable housing from a private redevelopment of the former Belsize Fire Station has failed.

Vulcan Properties, which owns the Grade II* listed building, has applied to remove two one-bedroom affordable homes from its 18-flat plan for Lancaster Grove in exchange for a £283,000 payment to the council.

The developer said it could not find a “registered provider” willing to run the homes in the converted Grade II* listed building.

Labour councillor Anna Wright, speaking in an online planing committee meeting on Thursday, said the proposal seemed “entirely disingenuous” as the affordable homes plan had originally been agreed to as “a sweetener to get the application through”.

She added: “The offer of £283,000 is so glaring insufficient to serve our objectives. On a point of sheer principle, it’s worth rejecting.”

The developer, which was not represented at the meeting, has said in an earlier application it had contacted 13 registered providers (RPs) asking to run the two homes in its development.

All had refused to take on the running of the two homes or had not responded, according to Vulcan.

Under the planning permission previously agreed, the developer can only let out five of its 16 private units until the social housing provider has been found.

The homes are being marketed as part of the Belsize Fire House development with prices ranging up to £4million.

Camden Council officers had recommended councillors agreed to the “payment in lieu” (PIL) deal, although the meeting heard that the offer was “not one officers are singing and dancing about”.

The officer admitted to the meeting the PIL figure was “not based on current market conditions”, adding: “They are under review and likely to increase significantly in the future.”

PIL goes into a general funding pot that is supposed to be used to pay for low rent homes in Camden – but not specifically in Belsize Park.

Belsize Fire Station was shut down as part of a wave of cut backs ordered by Boris Johnson when he was Mayor of London. The building included a flat for a former firefighter who had a secure tenancy but was moved out as part of the deal.

In 2016, when the controversial scheme was approved, the developer and the council both thought that Innis Housing would take on the running of the homes.

The housing association, based in Kilburn, later baulked at a £95 a week service charges being demanded by the developer that made the project unviable.  The building’s Grade II* listing, made in 1974, makes general maintenance costs higher than normal, the meeting heard.

Conservative leader Councillor Oliver Cooper said: “Unless the applicant has been asleep for 46 years, they would have known it was listed. They signed agreement in full knowledge of that.”

Committee Chairwoman Heather Johnson said “I don’t thing they can cry into their milk because they can’t sell those units because they haven’t managed to make those lettings work”, adding: “When this was agreed, the applicants knew all of this when they agreed to provide the housing on site.”

Cllr Danny Beales, the council’s regeneration chief, said the original approval of Vulcan’s flats plan for the fire station was “not an easy” one, adding: “The sell off of the building by the previous Mayor was not something we would support, or was in the public interest.”

Cllr Beales said the council should explore private providers running the homes and whether they could work as more expensive “intermediate housing”.

The committee agreed unanimously that the payment was not enough to mitigate for the loss of two affordable homes.