Beam me up! Scotty leaves HS2 protest tunnel after 20 days 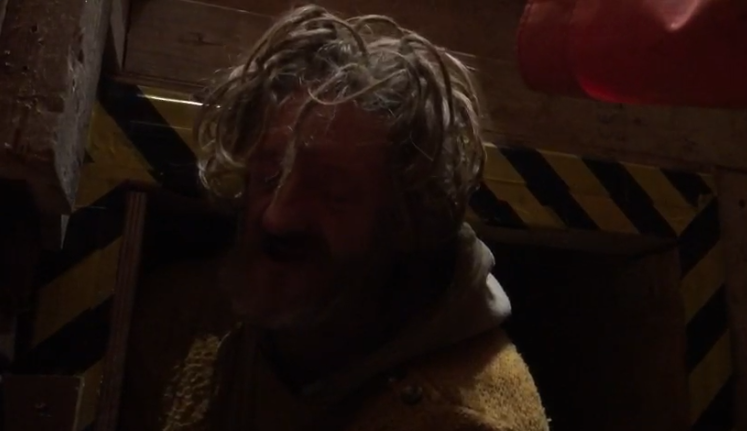 Scotty talking just before midnight (Sunday) before leaving the tunnel

A THIRD tree protector has voluntarily left the HS2 protest tunnels after an astonishing 20 days underground.

‘Scotty’ said he was resurfacing from beneath Euston Square Gardens as part of a “tactical withdrawal” that would help “save resources” for remaining protesters.

The 46-year-old is an environmental activist veteran and key player in the campaign against the Heathrow third runway, according to an HS2 Rebellion statement.

He was one of a group that moved underground into a huge network of tunnels dug covertly by environmentalists who had set up a camp in the green back in September.

Following a court order, a security team hired by HS2 has dug a tunnel parallel to the group underground. But its eviction officers are yet to break in to attempt to remove them.

Scotty said: “It’s been epic – 20 days in thus tunnel and now I’m ready to leave. I’ll have a cup of tea, see the medic and then I’ll be arrested. I’m sorry to come out but it makes sense for a tactical withdrawal to save resources.

“I said no more tunnels after the last one, but it has been an honour to be in this one with such a solid crew,” he said. “We are all committed to stopping HS2’s ecocide and to turning this horrific climate and nature emergency around.”

He added: “HS2 want to rip our communities apart – and they want us to pay for it with not just our taxes but our very future.”

Scotty had spent three days underground during similar underground protests against the HS2 railway in the Colne Valley parkland, west of London.

Both had before entering the tunnel been living in the camp that had for months been a sanctuary for homeless people before it was torn down as part of the HS2 eviction. 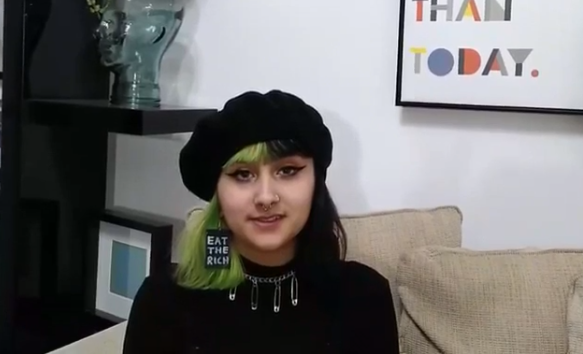 Rollie after leaving the camp with her ‘Eat the Rich’ earrings

Rollie, 17, said in a filmed interview yesterday (Sunday): “I was quite sick when I came out but I’m ok now.

“Hs2 does highlight the classism in our nation. We need to do all we can do address this, and help people of no fixed abode, the homeless and working class people who have had their lives torn apart by HS2.

“It’s not just about the ecocide, it’s about the social injustice as well. It’s all part of a toxic system that we need to dismantle.”

HS2 has got legal permission to seize control of Euston Square Gardens that is due to be flattened and partly used for a new taxi cab rank.

It is part of a huge redevelopment of Euston station and the surrounding area that is due to be completed in 2036.

Last week the New Journal revealed how HS2 has been given the green-light to work on maximising the “oversite development” of land once the station is built.

Several trees will be cut down in Euston Square Gardens although HS2 says it will replace any that are axed.

Following a court order last week requiring Dr Maxey to leave the camp, HS2 said in a statement said: “The decision of the Court is utterly unambiguous – that HS2 Ltd is carrying out the eviction correctly and that the illegal trespassers are breaking the law and should remove themselves from the tunnel immediately.

“We urge Dr Maxey to comply with the order as soon as possible – for his safety and the safety of the other activists and the HS2 and emergency personnel tasked with removing the illegal trespassers.