Battle to save ‘working-class pub’ from new upstairs flats makeover

Council blocks key fire escape for venue, despite approving it two years before 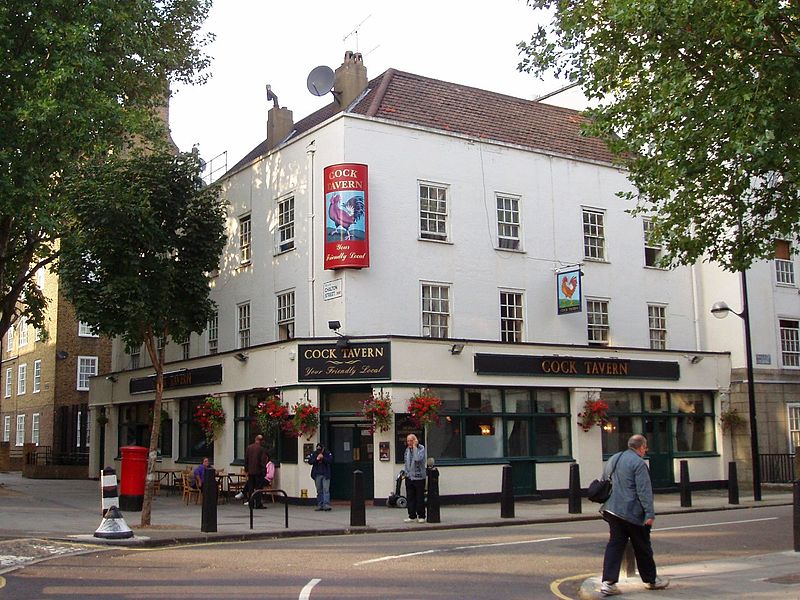 THE owner of a treasured back-street pub says he has been left with no choice but to convert an upstairs function room into flats – amid fears the change will threaten its future.

First-floor space used by community groups and artists at the Cock Tavern could be turned into a two-bedroom home, if a proposal is approved by the council.

But Guy Ziser, who owns the pub in Phoenix Street through his company Flamestrike Ltd, said he actually wanted to keep the function room but was unable to because the plan for a fire escape was being blocked.

He said he had been working with landlady Sheila Gavigan – who has run the pub since 1999 – to try and find a solution.

The Grade II-listed venue sits in the middle of the Ossulston estate, and is popular with the area’s Irish community. Camden’s planners gave approval for the fire escape in 2019 but officials have since raised concerns about how guests would be evacuated into the courtyard of the neighbouring Walker House council block.

Mr Ziser said: “I’d much rather see it stay as a function room than turn it into flats, for sure – but without that fire escape we can’t use it as that, because the only other exit would bring you back through the pub.”

He added: “Either the council accepts that we will lose this room if we don’t do something about it, or accept that we can have this door so we can bring it back into use.”

In 2014, the then boss of the Railway, Maritime and Transport trade union, the late Bob Crow, was among supporters to sign nomination papers for it to become an asset of community value.

Slaney Devlin, who chairs the Somers Town Neighbourhood Forum, said she was concerned about the potential loss of the function room, which has been used by artists Anthony Auerbach and Marlene Haring for art exhibitions. “It’s really important as it’s a working-class pub,”

Ms Devlin said. “It’s really unusual and serves the Irish community in the way that not many others do.

The function room’s always really popular for events, and it’d be a big loss.” Joanna Scott, from Camra North London’s pub protections group said the group would be objecting to the proposals, for fear of the long-term effect the loss of the function room would have.

Mr Ziser said the addition of a new kitchen in the basement would mean the pub would not have to rely on just beer sales for revenue.

He said: “If it’s definitely not possible [to have the fire escape], then that space can’t just sit empty and we might as well do something with it. I’m hoping that when it comes to the attention of councillors they will see how ridiculous this is and try to change it.”

A Camden Council spokesperson said: “The emergency fire exit would have directly opened onto the Walker House estate, and there were concerns raised by the council as landowner and the tenants’ and residents’ association of the estate about this.”