TfL continues will rapid changes to help those walking or cycling 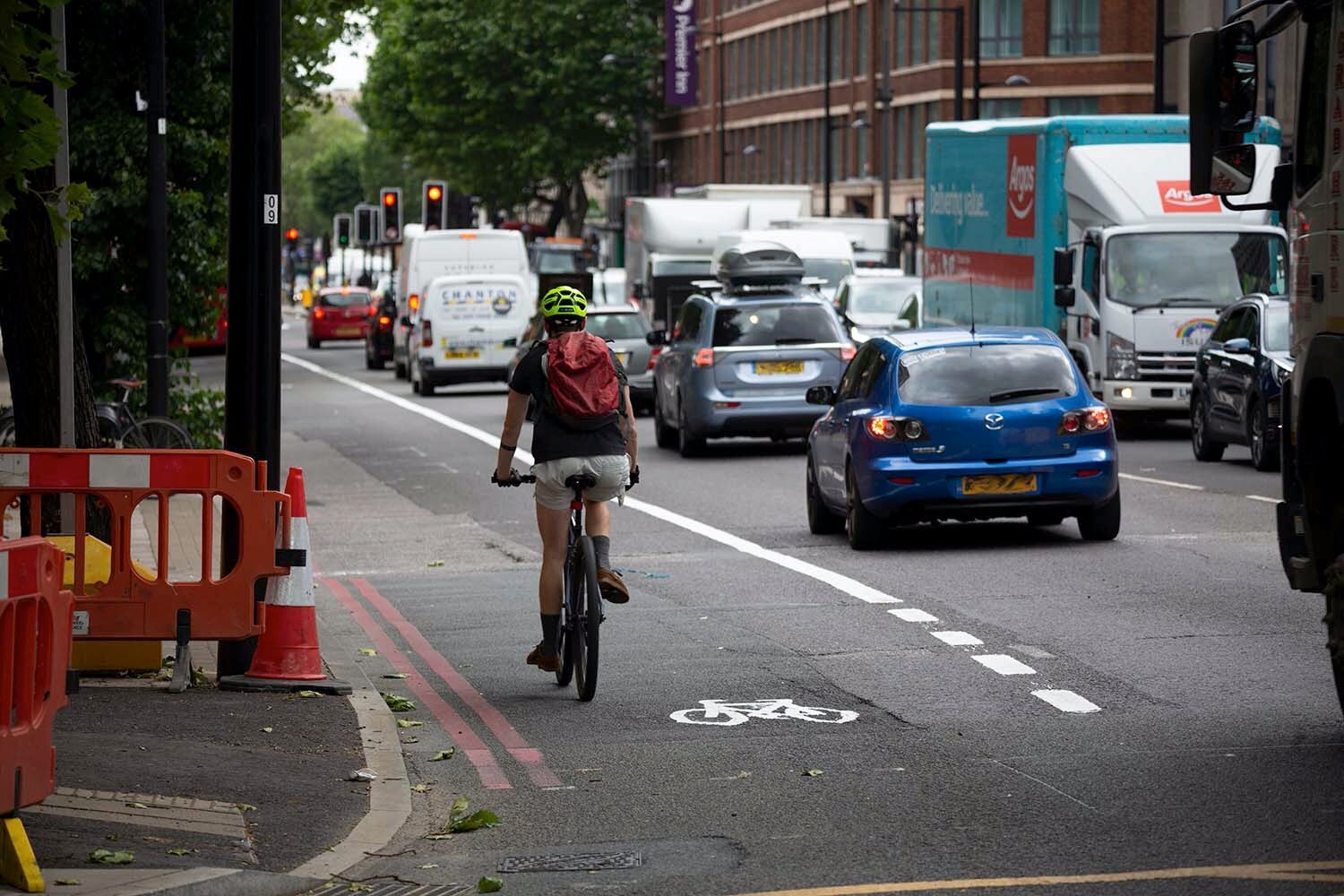 QUICKFIRE changes made to Camden’s road map have opened up a major battlefront on the Euston Road, after a new cycle lane was met with both praise and fury.

The New Journal has been bombarded with messages celebrating the safety measures on one of the borough’s busiest roads, but also furious objections from those who say it has led to London’s biggest traffic jam.

In a post-lockdown shake-up, Camden Council and Transport for London (TfL) are pressing ahead with plans to install cycle lanes and close off rat-run routes with bollards.

More than 1,000 schemes are being considered with the aim of making it easier for people to walk and cycle as they cut down on public transport amid the coronavirus crisis. There have been several flashpoints already – and claims that changes are being muscled through without adequate consultation – but TfL’s new cycle lane in Euston Road has caused one of the biggest backlashes.

Opponents say jams will cause more pollution due to the number of queuing cars, or that it will force frustrated drivers into residential streets.

Cab driver Ray Davis, who lives in Kentish Town, said: “It impacts everybody if we can’t go in the bus lane. We used to bomb along those roads but it definitely will impact on the traffic. “Cabs and buses will now be in with everyone else. You will be sitting in traffic.”

He added: “We are all going to be fighting over less space. You just sit there all day, then you look at the bicycle lane and you’ll be lucky to see one go past. Us cabbies can avoid it and go around the side streets but at the end of the day it is the passengers sitting in the back that have to pay for it. Cycle lanes are a good thing but it means the traffic has nowhere to go.”

The new lane is temporary and next year the same space will be used for construction traffic to the HS2 railway site. At that time, TfL said it would be working with Camden to plot safe cycle routes in the area. 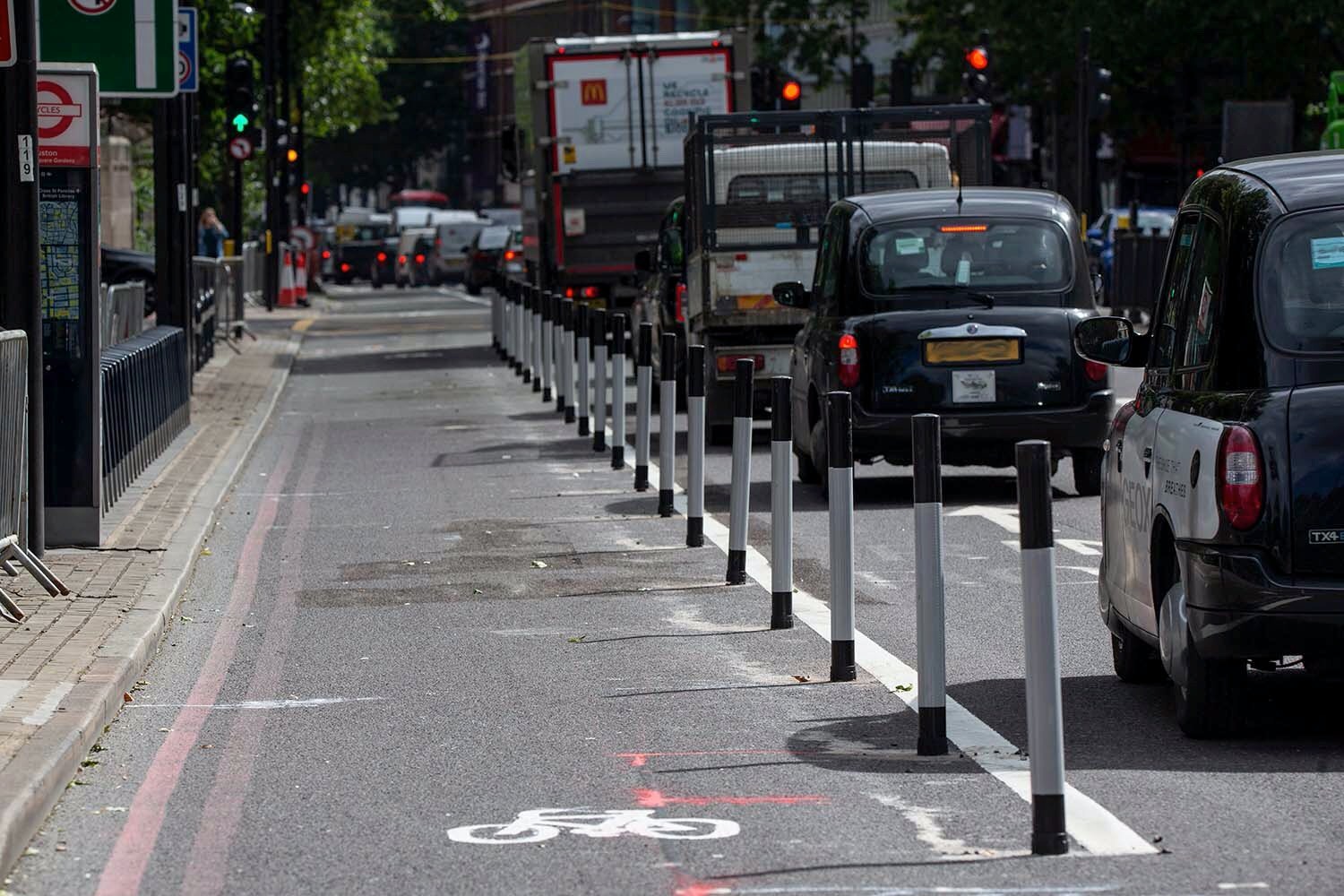 In the meantime, the New Journal’s social media channels have been swamped with concerned messages. One said: “It serves no purpose but to gridlock and pollute even more. Tavistock Place is a cycle track just 100 metres away.”

Another said: “The buses are spewing out more pollution and traffic backed up to Baker Street because you have caused a bottleneck.”

Cyclists have often complained about feeling unsafe on the Euston Road – one was killed during a collision earlier in the lockdown.

John Chamberlain, from the Camden Cyclist Campaign, said: “During the 2012 Olympics a whole lane of Euston Road was closed off and the whole world didn’t come to an end. “TfL announced this plan early on and we were surprised not to have seen anything for a while.

“It is a relatively short stretch but we think it is absolutely crucial to have space for cyclists. Public transport won’t be able to cope once people start going back to work. “We think it is an important response to the pandemic, and particularly for people to start cycling to work.”

Camden’s environment chief, Councillor Adam Harrison, said: “I am glad to see TfL taking this urgent action to provide safe travel for Camdeners, and all Londoners, during Covid. Locally we have long talked about how Euston Road needs improving. The recent Camden-TfL scheme to allow safe cycling between Judd Street and Midland Road was one step forward, but the Euston Road pop-up lanes will be a huge additional help, complementing TfL’s new Hampstead Road lanes and the pop-up lanes Camden and Islington Councils have now begun installing on York Way.”

Nigel Hardy, TfL’s Head of Healthy Streets Investment and Delivery, said: “Creating extra space for walking and cycling is absolutely central to ensuring that London’s recovery from coronavirus is green, sustainable and safe. “The temporary new cycle lane being built along Euston Road will give people confidence that they can move around the area by bike safely and we’re working to deliver the lane as quickly as possible to minimise the impact of construction work.”