Richard Ratcliffe's wife has been held in Iran for six years 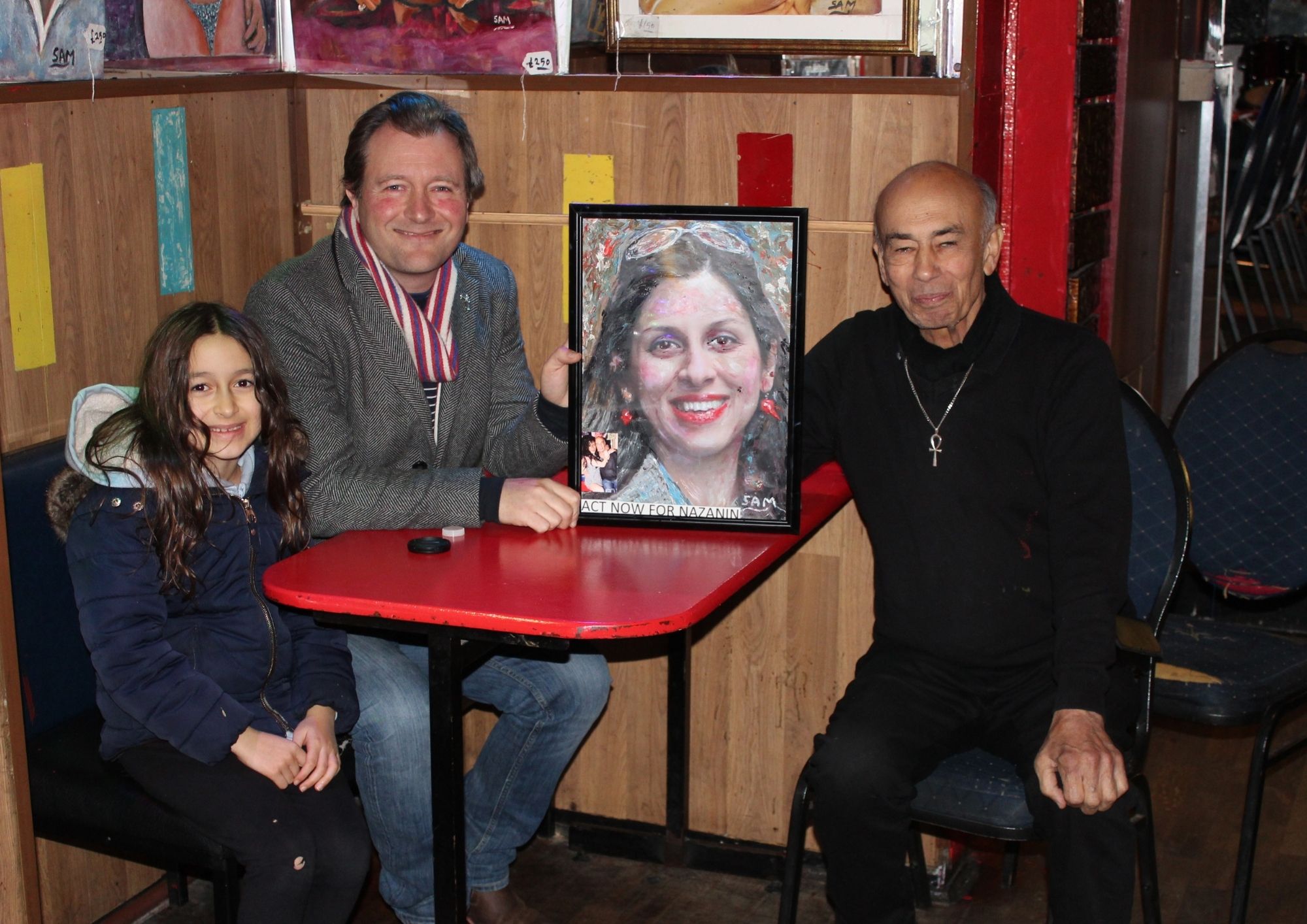 A MAN who went on hunger strike outside the Foreign Office for 21 days in protest at his wife’s detention in Iran has been presented with an oil painting of his wife by a Soho bar owner.

Richard Ratcliffe was handed the gift on Tuesday as the deluge of support for his campaign to see Nazanin Zaghari-Ratcliffe released continued to grow. She has been held for six years on vague spying charges and is now at the centre of a global campaign, with the UK government criticised for failing to get her home.

Sam Shaker, owner of Jazz After Dark, began painting the portrait of Ms Zaghari-Ratcliffe after seeing pictures of Mr Ratcliffe’s 21-day demonstration, during which he camped outside, often in the freezing rain, in the hope ministers would take more decisive action.

Mr Shaker, who is well known for his portraits of Amy Winehouse, said: “The painting took me two weeks. I feel very strongly about the subject, artists should help in this matter to release Nazanin. She’s been very unlucky, she is on ransom for the government debt.”

Although never officially linked to Ms Zaghari-Ratcliffe’s detention, several MPs and campaigners feel she would be allowed to fly home if the UK finally refunded Iran around £400million from a 1970s arms deal; Iran paid the money but did not receive the tanks it had ordered.

In recent weeks, the New Journal has been sent even more messages of support for Ms Zaghari-Ratcliffe, a charity worker from West Hampstead, and even offers to provide cheques to help chip in to repay the debt.

Mr Shaker said: “We all need to be doing something, everyone should be writing to their MPs.”

“I did it to exploit my old age and get some publicity for Richard,” she said.

“I’m so frightened this is going to go away, what’s happening to Nazanin. Any day now she could be summoned back to Evin prison, it’s one of the nastiest prisons in the world, it would destroy her.”

Ms Owen is a human rights barrister and has campaigned for the rights of women and refugees around the world.

She was forced to stop her hunger strike after a few days by the charity Amnesty.  Three weeks after his hunger strike ended, Mr Ratcliffe says he is feeling better.

He said: “I was in and out of hospital every other day at first, but I’m feeling better now. Emotionally though it’s harder to get back to yourself, it’s hard to engage with work again.”

He added: “The thing about a hunger strike is, you get tunnel vision, you get more stubborn and opinionated as the days go by and I became more and more sceptical of the Government. At one point Boris Johnson walked past my strike, but he didn’t even come and speak to me.”

“We’re in a pretty dark place now because the prime minister and the foreign secretary won’t meet us, and my instinct is bad news is on the horizon. “There’s clearly no hope she’ll be home for Christmas.”

Ms Zaghari-Ratcliffe is feeling worse too, he said: “She’s less worried now I’m not on hunger strike, but the impending Christmas and her birthday is on Boxing Day, so it’s the feeling of yet another year lost.”